A Face Moisturizer For The Guys Who Never Use One

Source: Tiege Never thought that as a grown man, I'd... 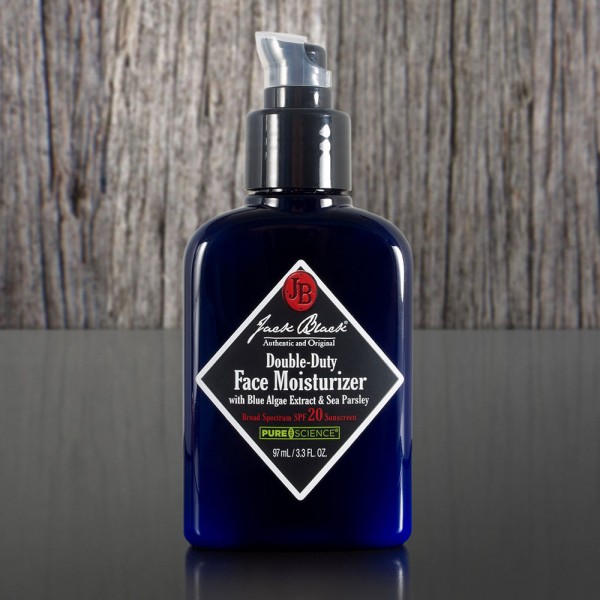 Never thought that as a grown man, I'd be one to talk about face moisturizer. Oh how life takes some weird twists along the way.

Well, manliness and ego aside, I want to highly recommend a face moisturizer that I've been using for the past month. Take this from a guy who, up till maybe two years ago, refused to use moisturizer or even bothered to think about it. Alas, the persuasive words of every woman I had ever met who swore by moisturizing finally got to me, and I decided to indulge.

At first I bought Cetaphil. Not bad, but honestly I didn't like it all that much. Moisturized well enough, but felt oily and slippery on the skin- not the best feeling in the world for a guy who never really used moisturizer. Next it was Eucerin. My buddy who has eczema swears by that brand, but once again, seemed pretty similar to Cetaphil. Then came along a men's grooming brand called Jack Black (no relation to the actor) with their Double Duty Face Moisturizer. I'll warn you, this stuff is pretty expensive ($28). Fortunately, I've found it's worth every penny. It's smooth, smells good, feels good, and seems to perform well while protecting my skin with a little bonus SPF20. By the way, Amazon ratings seem to agree with me on this one. In fact, I liked it so much I decided to get their body lotion too.

Anyhow, I'll stop talking about moisturizer now, but just wanted to peek in and give this brand my seal of approval. For those who want to keep their face from aging too much, give it a shot.

A guide to help the average man... look less average.

When skin care experts Kiehls Since 1851 announced they were launching an anti-shine moisturizer for men, Male Standard rejoiced. Back...