What to Wear to an Oscars Party

Did you know that people in LA go bananas during...

Did you know that people in LA go bananas during Award season? I mean I get it… It’s HOLLYWOOD, and let’s be real here, the idea of starlets parading around the city wearing fancy dresses kind of excites me as well. Not only that, but people also throw their houses out of the window when it comes to hosting Oscar viewing parties. 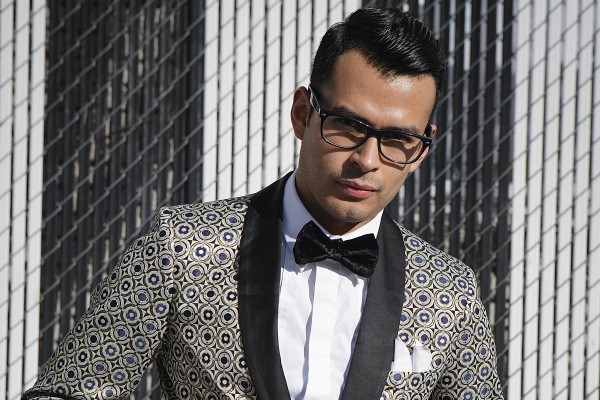 On the contrary, New Yorkers doesn’t seem to care much about this stuff. After all, it’s very common to spot celebrities around the city. However, I wish I could go to one of these mega parties my buddy Orlando is talking about: super mansion, expensive hors d’oeuvres, posh drinks, all dressed up. – Sounds like my kinda partayyy!

Although I haven’t been officially invited to any Oscar parties, that didn’t stop me from glamming up. – In my imaginary world, paparazzi follow me everywhere I go. Thus, I must look sharp at all times. #TMZ

As a firm believer in gender equality, I 100% support gentlemen wearing sparkling and dazzling outfits! C’mon, tell me you don’t love this golden Mr. Turk jacket? I could even wear it with matching pants. Except, I wouldn’t like to steal the spotlight from the nominees, would I?

So if you’re throwing a fabulous Oscar party in the city, count me in. I’ll bring out the glitter!

Not just a pretty face

It only takes looking at Mr. Turk Instagram to realize their motto must be “You can never have too much...