Topo Designs X Woolrich. Like old friends and alcohol: They go together.

There’s nothing quite like reconnecting with a friend you haven’t...

There’s nothing quite like reconnecting with a friend you haven’t seen in a long time. It’s sort of like skateboarding for the first time in 10 years; your feet want to do the same thing, but your legs and knees are like, “Wait. We need to get used to this again.” You can pick up a conversation seemingly where you left off with a friend you haven’t hung out with in a decade, but obviously it’s not the same. There are now kids, wives, new jobs, new cities, new lives, etc. Then you introduce a little booze into the situation and all of a sudden, you’re both 23 again pumping quarters into the jukebox at the L&L and singing all the Jets to Brazil and Promise Ring that you can find. It just feels better and how it should be after a couple of beers and shots of well whiskey.

While this isn;t so much like the Topo Designs X Woolrich collab, the two companies definitely go together when you look at it. Both enlist classic lines and remind us of gear our dads would use then pass along to us. While Woolrich has actually been doing this for years, Topo is stepping in for a new generation to leave gear for their kids.

Mark and Jedd and the Topo Designs crew are some of the hardest working people I’ve had the pleasure of meeting, and what they continue to push out of their Colorado factory, while simple and classic, is still mind-boggling amazing and innovating. And this new collection is nothing short of completely top-of-the-line-yet-functional in terms of the archetypal stylings of both Topo and Woolrich. 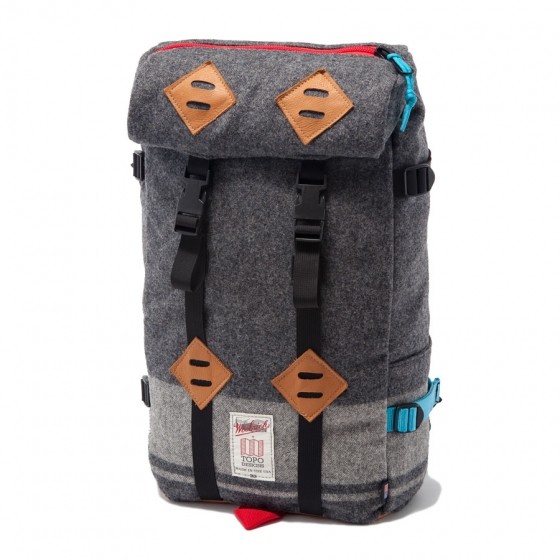 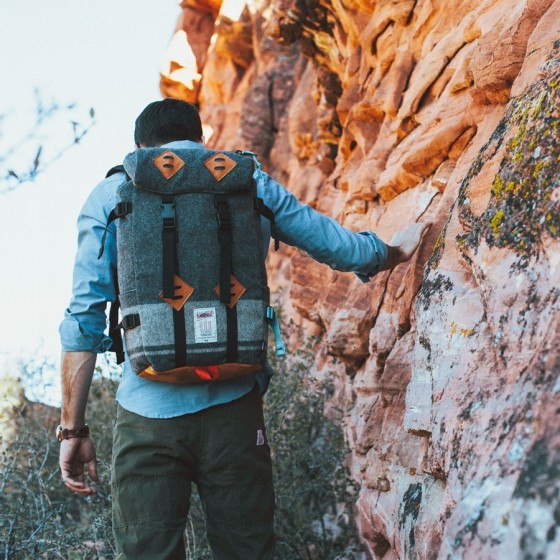 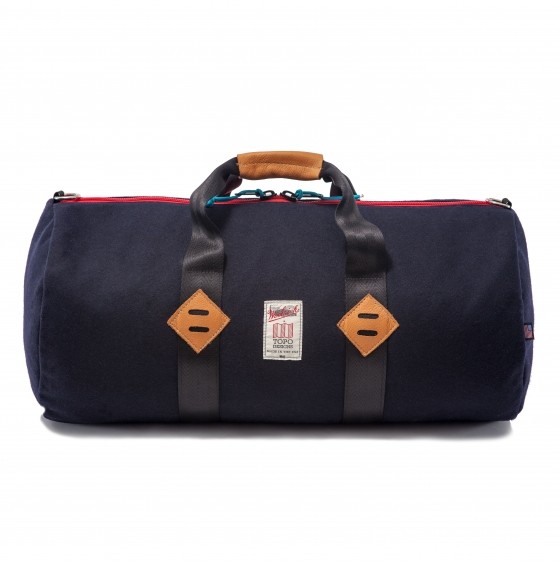 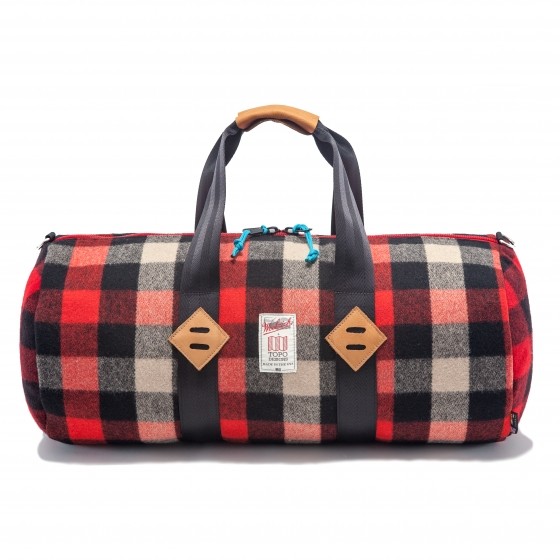 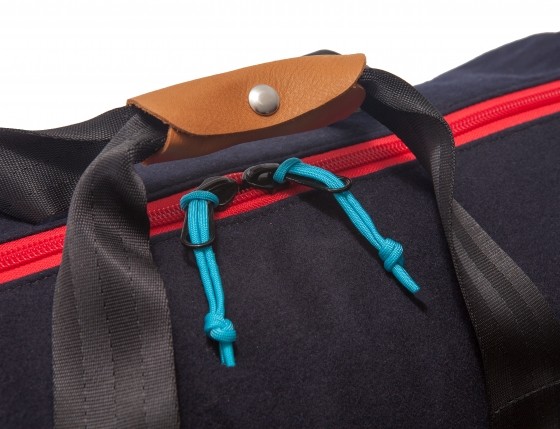 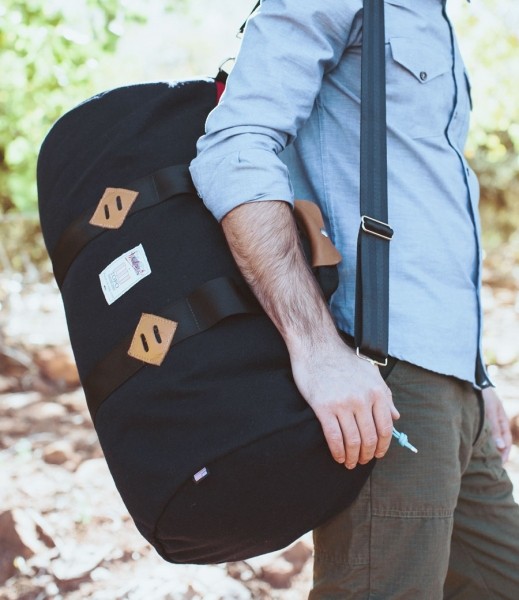 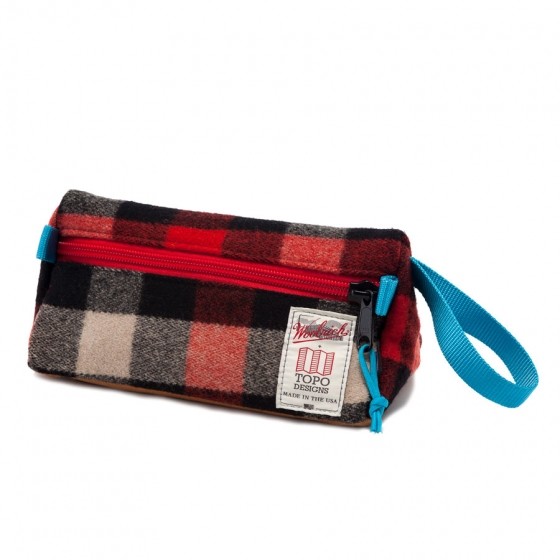 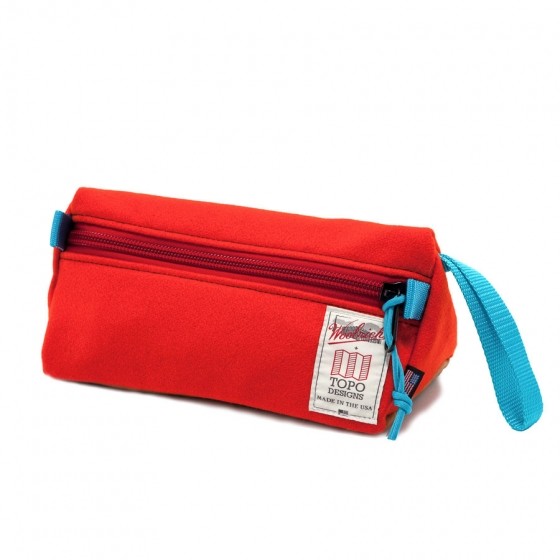 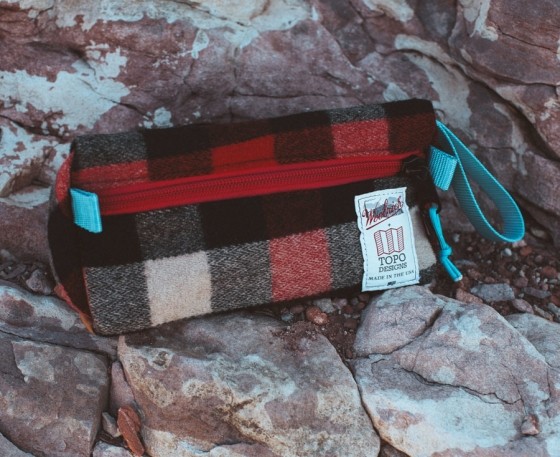 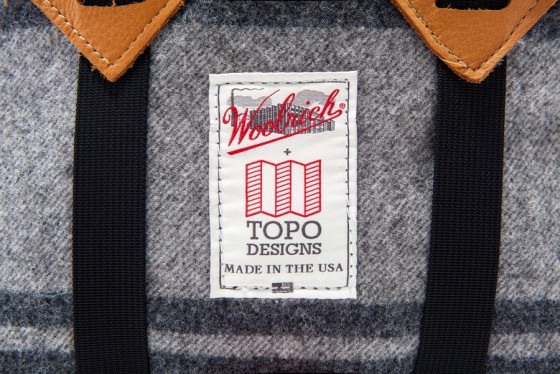 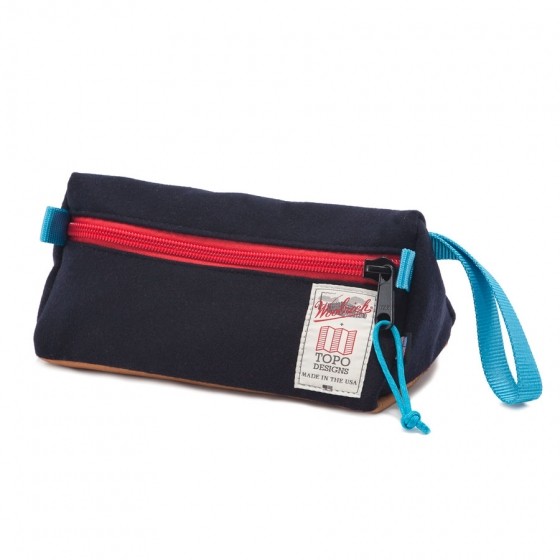 I am partial to the Klettersack, but there’s not one item among these three that isn’t worth getting. All constructed with the highest quality components so you can throw whatever part of nature at these bags and they’ll take it like a champ. All Made in USA. All good.

all photos taken from topodesigns.com

The post Topo Designs X Woolrich. Like old friends and alcohol: They go together. appeared first on The Momentum.