This Is What A $5.8 Million Aston Martin Looks Like 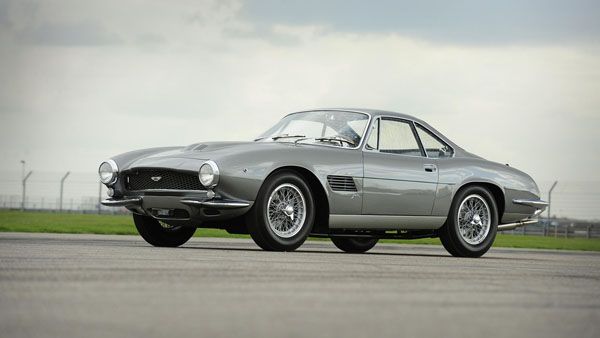 It was the last DB4GT completed, designed by Carrozzeria Bertone, lost for a while, found, and turns out to be the only one produced.

What started off in 1958 at the London Auto Show, The potential was seen in the original DB4 and adjusted as a touring car, becoming the DB4GT, maxing out at 302 hp. It wasn’t even the MVP at that show. That honor went to the Jaguar E-Type.

Spending time in Beruit before heading over to the USA, it was forgotten about until the 1980s, where it was found in bad shape, including an engine fire and a large amount of rust.

But all it takes is a lot time and a crap load of money and the car is back to a prominent, daily driving condition. But for $5.8 million, no one is driving this thing everyday.

Luckily for a select few, the Aston Martin DB4GT will be going up for auction this year. I love the shape, I know James Bond stuck to the regular DB4, but this thing would have been special.

For more, check out the Aston Martin website here.

CHECK OUT ANOTHER LOST SUPERCAR, THE SIX-WHEELED COVINI C6W HERE.

The Crosby Press is a digital magazine covering the lifestyles of guys like us. We consume, curate, and create The Cool.

Featuring the Hofsas House in the seaside community by the seashore of Carmel. Just a few weeks ago and as...