Avene's skincare range for men is smart and low-maintenance, serving up dermatological excellence. 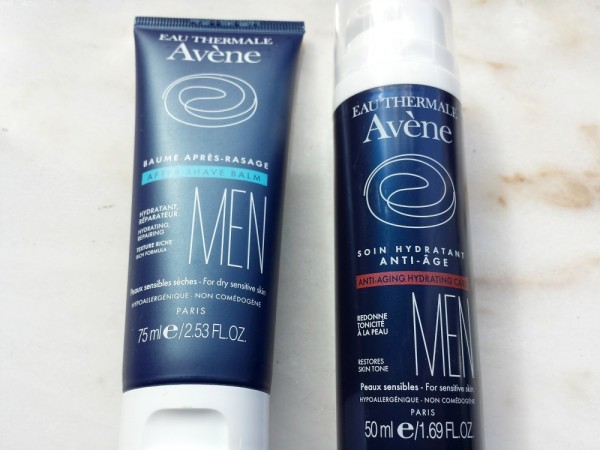 Dermatological excellence translated into a range for men, packed with thermal water and the latest in antioxidants, just what Avène is serving up and what guys need.

For weeks now I’ve been using the new Avène Men After Shave Balm combined with the Avène Men Anti Aging Hydrating Care at night, dragging my father into the process as a can’t be bothered with moisturizer kinda guy. I run quite the extensive skincare game so I needed a low maintenance guy’s opinion on this. The verdict after 5 weeks of slapping this one are good.

I trim my beard, occasionally shave completely smooth if there’s an official occasion that requires it, my father on the other hand is big on the daily shave and having smooth skin. If you shave daily you know the redness, burning feeling, sensitivity and dryness that’s part of the jig. He used to apply alcohol loaded aftershaves so a light creamy Avène Men After Shave Balm was more than welcome. The aftershave absorbed immadiately into the skin, left a smooth finish and made sure his next day shave went even smoother since skin healed up nicely. His skin looked healthier, firmer and didn’t have any dry patches anymore. It smells fresh, has a great texture and doesn’t leave a greasy layer. Secretly he loved that the tube was royal blue and had men in large letters on it.

The Avène Men Anti-Aging Hydrating Care was bound to be a different story. With my dad describing most moisturizers as sticky bird poop and unpleasant, it’s always risky giving him something new. He cracks down on claims, doesn’t like a lot of fuss and just wants results. Combining fragmented hyaluronic acid that deeply hydrates skin and goes much deeper than your regular hyaluronic acid. Protocoferyl is one of Avène’s patented antioxidants -linked to vitamin E- that has scientific results in skin regeneration and helps heal damage. GlyGo is their latest anti-aging peptide that firms up skin and helps to fill out wrinkles from the inside. He started using this at night after a shower and behold, his skin not only felt more comfortable but also started lifting a bit. Mind you he turned 63 recently so there are no miracles left but he enjoys using the pump bottle and light cream moisturizer that’s slowly making his wrinkles less pronounced. It’s a lot less sticky and irritating than the drugstore things he used to get and smells nice. No hassle, just one pump and he’s out the door. Guess I’ll get him the shaving foam up next since the entire range has been renewed.

Looking good isn't rocket science, it's know how and using all the right products. I'll help you.

This Father’s Day give your Dad the gift he won’t think to get for himself. Give him something that’s more...