At some point in your life, run-of-the-mill coffee spots stop...

At some point in your life, run-of-the-mill coffee spots stop doing what they need to be doing for your soul and you want something more. Lemme start again by saying, this isn’t meant to be a pretentious rant of “this coffee is better than your coffee.” And run-of-the-mill has many different meanings. There’ll always be a place for mom and pop shops and diners. I am more getting at the Starbucks and carbon copiers of the world.

“Bad” coffee has its place in society. It does. It’s a convenience. It’s that corner pop-up joint that is easy peasy and doesn’t make you think. It’s like a Katherine Heigl rom-com, and you just need a cheap laugh cause you’re home alone and don’t want to get deep on your own. But good coffee is the opposite. It’s that which you consciously seek out, hunt down, and thoroughly enjoy while slowly consuming. It’s the documentary on organic food that you watch with your lady that makes you think that even organic isn’t organic enough. It’s thought-provoking, and it makes you think that, at that moment in time, it’s the most important thing in the world. Because, ya know what? It kinda is. For that moment. 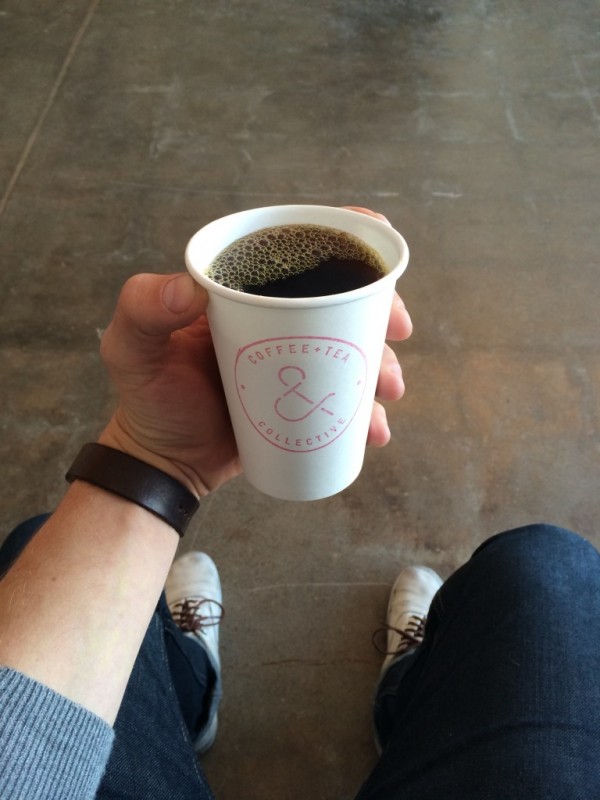 That said, when you’re in San Diego and realize you want good coffee vs. bad, here’s some spots you should hit.

Sometimes you have to just get out there and go, “I guess National City sounds like a good place to get coffee,” even though it’s only sort of on the way to where you’re going. Well, I REGRET NOTHING. Cafe Moto is a weird little spot. It’s not weird like some vegan weirdo is taking your order while a bunch of knowitalls watch you intently and guffaw to themselves when you order a drip. It’s weird because it’s, well, just in an odd and unassuming part of town. It’s quite nice actually, but if you told any San Diegan where this was, they’d be all, “Weird.” Go there and get a standard drip. It’s strong, it’s earthy, and it’s worth the short drive.

Have you heard of North Park? You have? Well you’re way ahead of anyone else outside of San Diego. So, kudos. Do you want a REALLY good cup of coffee in North Park? Can you fake being a hipster for like, a sec? Because you really should learn so you can hit this beacon of caffeine light, Coffee and Tea Collective. It’s quiet. And it’s serving strong coffee. And there’s wifi and pastries. Done deal. Also, it’s not that hipster. I’m just mad because I can’t fit into my girlfriend’s old Levi’s anymore. But really, it’s a cool place. 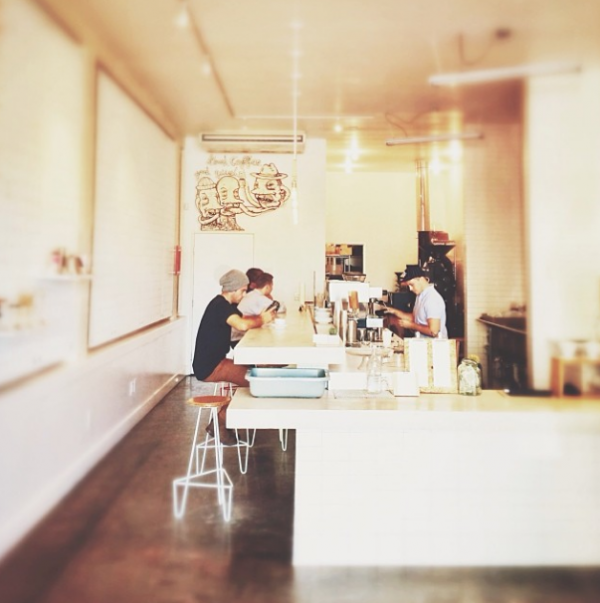 I love you, Denver. I really do, and I miss you. Ain’t no lie. So when I left your snowy landlocked landlockedness, I left behind one of my fave drinks, The Professional. The bitch of it is that no one else seemed to be aware of this drink. See, it’s a half pint glass of PBR with a shot of espresso served on the side. Drop the brew in the brew and ZOOM! TO THE MOON. I found this heaven-on-earth delight at Young Hickory, confirming suspicions that Denver and SD are in cahoots. Further, they brew the Bird Rock Roasters beans which, if you haven’t had, you will want to at your earliest convenience because you’ve gone this long doing a disservice to yourself. Also, this will make a ton more sense when we get to #3.

Is that… IS THAT Mitt Romney??? No. No it’s not. You’re just in La Jolla, bray. And it’s nice out and there’s classic cars runnin up and down the main drag and there’s like 4 piano shops for some reason and literally ever woman is wearing yoga pants and a sports bra and there’s one really, really great coffee spot. This, of course, is Bird Rock Roasters, some of the most amazing coffee I’ve had. Not lying. I went to Intelligencia, and I enjoyed it. It was… good. But I could have Pitchfork complex (hating things because cool people like them). Go in, get a cannonball, which is only served in a 4.5oz. cup, and feel your blood course. That’s all it takes. Or, if you want a longer, slower, buzz, get on any of their other brews. And buy a bag of beans to go. Just because. You’ll want it.

I’m sure there are tons more spots to check out, and this list is by no means complete. It’s merely a “I just moved to San Diego and have been out and about finding stuff in my new city that I like.” So before you throw out the, “DUDE YOU’RE MISSING THE BEST PLACE. IT’S such and such IN such and such!!! POSER!”, I wanted to just clarify.

If you think I’m missing a spot, let me know.

The post The Blacker the Better: Four Great Coffee Spots in San Diego, CA appeared first on The Momentum.

In craft coffee shops and barista competitions across the US, there’s a compelling trend underway, as techniques commonly reserved for...