The great thing about living in Gotham is the amount...

The great thing about living in Gotham is the amount of talent and depth so abundant in individuals you nonchalantly come across. Take Elliot Aronow for example - either way you look at it, this guy is an O.G. in the world of fashion, lifestyle, music and authentic NYC culture. He has done stints in the publishing industry, hosted a television show and even operated a music label. Through all these phases, he's collaborated with some very influential industry personalities. His current focus is an all-encompassing, style-focused platform dubbed #jacques-Elliott. We visited his Williamsburg, Brooklyn pad and were treated to an expertly curated wonderland of vintage and contemporary fashion. Elliot has some really unique ideas and projects coming up for the menswear industry - find out more below. 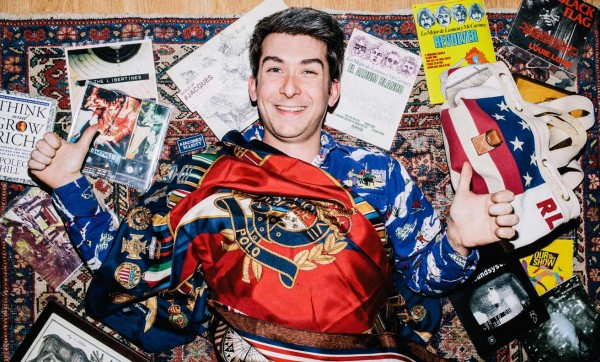 You’re from Staten Island. What was your childhood like – were you always enthused by style?

It’s true, that’s why I’ve always been drawn to flashy “ayo, I’m somebody” sort of looks! That’s total Staten Island. It’s been polished up a lil’ bit after 25 years but really that’s the heartbeat.

I’ve been a fiend for clothes since I was like 6. My parents would drive over the bridge to Jersey and take me to this 5 for $10 kids clothing outlet that was next to an appliance store. They were super cool about me dressing myself so I just went wild style from ’86 til around ’90 and rocked bubble paint neon accented shorts and long sleeve tees with skateboarding dinosaurs and striped socks, maybe a bucket hat to top it all off. My hunch was that if I had the right shirts, the chicks at the mall would go for me.

You’ve been down so many different lanes in your NYC career so far – you’ve worked at The Fader, hosted a TV show (OUR SHOW with Elliot Aronow) , started a record label/website (RCRD LBL) … tell us briefly about these different stops in your career?

For me, it all goes back to my time being a scenester type of dude in the punk/handcore scene. That’s really where my education in working with creative people started. I learned how to make stuff cheaply and not overthink product too too much. Most of my projects stem from that one idea, make something cool with your friends.

Fader was dope because music was really hot in 2003, I think. We gave Kanye his first cover and we discovered Diplo and were putting Dipset on the cover but also going to see White Magic. Heady shit. Everyone downtown was wearing a poncho and Nom De Guerre dunks.

As for RCRD LBL, I sorta don’t remember too much of those years but I think if my team and I made any super small mark. we helped to get electronic music out to a much more mass group of people since the site launched in 2007. People who didn’t actually go to clubs but just dug the lifestyle. You can entirely see that as a pro or a con haha.

I think OUR SHOW as a tv show was a pretty spectacular, inclusive and fun failure. The best thing about it to me is that we had James Murphy as our first ever guest and lost the tapes. Out of the ones that aired (and they are few for a reason) the Das Racist episode is my favorite one, for sure. The zine holds up well, I think. People still have it in their bathrooms and stuff, 2 years later. 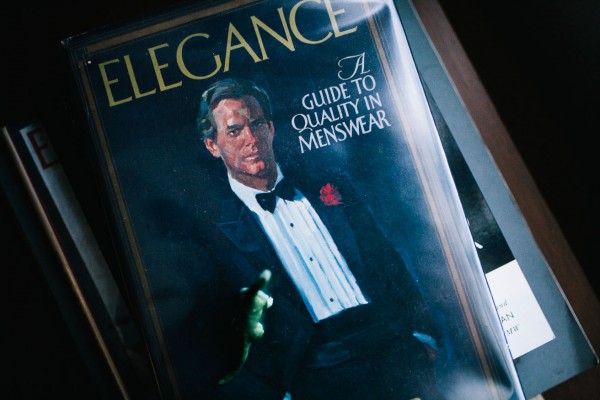 You’re also a vintage clothes connoisseur – your crib is a veritable trove of sartorial treasures: vintage Barbour, Ralph Lauren, Polo, Supreme, etc. How long have you been collecting?

Not that long, to be honest. Maybe 5-7 years. The truth is, like all of us, I bought a lot of schlocky, trendy clothing in my 20s and none of it was worth keeping around. Part of what I love about vintage pieces from a mass brand like Polo or a more regional, underground store like Andover Shop is that you are purchasing something that already carries weight. It was proven to be well made, handsome and fly the first time. That’s much cooler to me than some soulless collab that is like the inferior, Go Bots corporate version of stuff you can find online for like a 1/3 of the price. But yeah, I’m hooked. Two joints into my Sunday night and I’m waking up covered in vintage YSL ties and Mets Starter jerseys.

Do you have any crazy stories that stand out in your mind about a rare vintage item you purchased?

Real G’s move in silence like lasagna but I had a very close call when I bought a Polo Snow Beach fleece jacket not too long ago. I was in danger, for reals. That’s how far I go to show y’all these beautiful looks. I’m addicted! 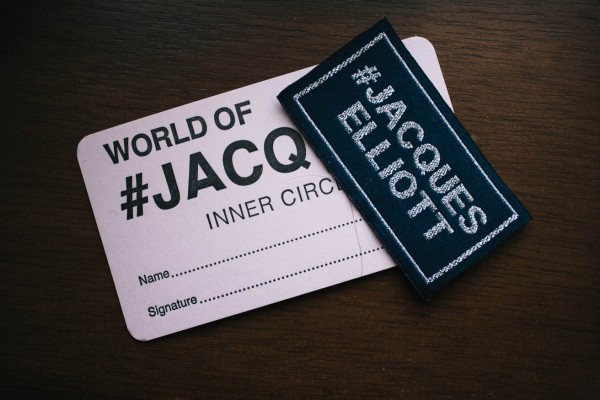 How did the #jacques-Elliott idea come to you?

I thought if I could combine my dislike of authority with my ability to match a shirt with a jacket. I could get rich and help out millions of dudes and the ladies and/or other dudes who love them.

What exactly is the #jacques-Elliott Philosophy – is it for everyone or a select few?

It’s definitely for everyone! Buy our ties! Buy our ties! It’s more of an attitude than a movement or a scene. We’re all about using style to take control of your vibes and be a more generous and fly version of yourself. Putting what you do above what you wear but still wanting to look fresh and like you are going places. That’s what #jacques-Elliott is about.

You’ve been a men’s clothing aficionado for a very long time – what do you think of the current incarnation of the menswear scene?

People have their five cents about menswear being a joyless, fake, over-marketed version of itself and while they are 90% right, I think things are amazing and that there has never been a better time to be a dude into clothes. It’s rad that the culture is FINALLY permitting dudes to be into their style and not outsource their wardrobe choices to Debbie Girlfriend and/or Fred Boyfriend. I’m all for it. Maybe less cropped jackets, but aside from that, I’m a fan. Just don’t take it so seriously, all you side-parters out there! 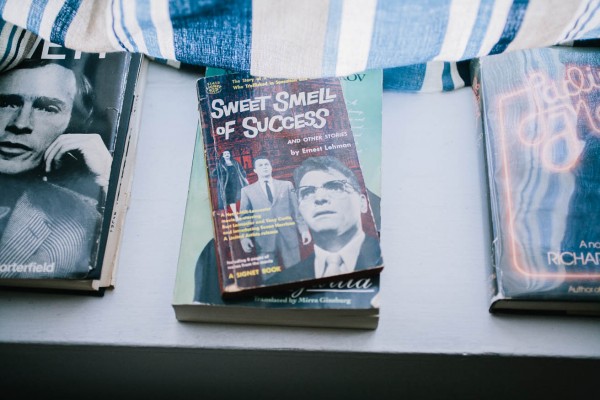 Your ties especially have been doing great. Diplo rocks them, they sold out at Odin – what’s the story behind them?

Sourcing the fabric brings me a lot of pleasure but what I love the most about making ties is that you don't have to fuck with too many measurements really to make the exact product you want to make. I don't want to say it's easy but it's not that hard to say "make it this long wide and this long with this fabric and can you throw in a self-loop", ya know?" It's about as hard as DJing. Just kidding!

I wanted to create #jacques-Elliott product so that our guys would carry the attitude into the street and make it real. Odin stocking us really meant a lot to me, as that was the first cool menswear store in the city that I really connected with. I got a lot of early Surface 2 Air and Oliver Spencer pieces from them. They really are the OGs when it comes to this game so to get respect and support from them was a huge deal for the brand.

Clean, going places, a nice person to talk to who doesn’t like bosses or tastemakers.

Since you are well-versed in the music lane too, what albums, projects are you looking forward to most in 2014?

My homeboy Nick Sylvester is putting out some far out stuff with his label Godmode. I check for everything they do. 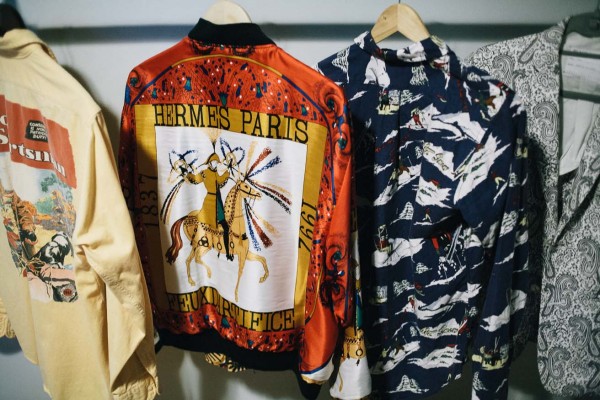 On a random design tip, what’s your opinion on stemless wine glasses?

I don’t have a very strong opinion on them, but I do own 3. I had 4 but Mercury Retrograde.

Since you’re a true NYC head, what do you like for a fine evening of delicious food and great drinks?

Smoke a jazz cigarette, get a $16 dollar bottle of wine and cook some pasta and vegetables with a beautiful woman who has a big butt and great jokes!

What are favorite Notorious B.I.G. /Beastie Boys lyrics of all time?

I get more butt than ashtrays + be true to yourself and you will never fall, respectively .

Now this is a purely NYC question – what are the top 2/3 rules for making it in this amazing city?

Parties are work, spend as much as you can on a blue blazer and a pair of brown shoes and don’t smoke angel dust.

For more information on Elliot Aronow and to purchase #jacques-Elliott product, visit www.jacques-elliott.com

Style No Chaser is a Downtown NYC based online magazine focusing on "Print Quality Men's Lifestyle Content for the Web".

To present their Spring/Summer 2014 menswear collection, British brand Duchamp London opted for a drinks reception in the intimate setting...