Brand to Watch: Bluebuck Keeps It Simple with Organic Cotton 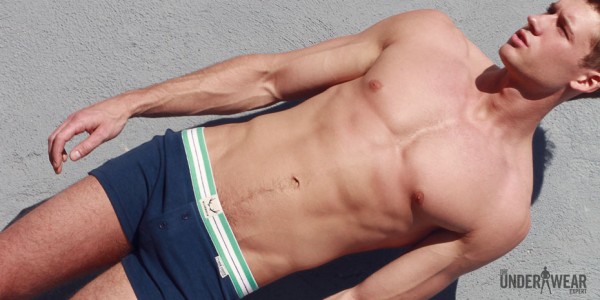 Experiencing what Bluebuck offers as a brand is simple enough. Don’t just run your eyes over the underwear – actually try on a pair. They’re more concerned with quality and comfort rather than flashy sex appeal. As a brand, Bluebuck believes “self-confidence is more attractive than self-obsession.” It shows in their designs, which are all handsomely reserved. That being said, you can’t really appreciate Bluebuck until you know where their underwear came from, and how it came to be.

Bluebuck designs their three underwear styles – briefs, trunks, and boxer briefs – exclusively with high-end organic cotton. It’s just one of three climate conscious steps the brand takes to rethink the underwear industry – that’s three steps ahead of several of their competitors. Organic cotton eliminates the need for toxic chemicals that result in CO2 emissions. Organic cotton also requires less energy and water to farm, which brings us to the second eco-friendly step in Bluebuck’s manufacturing process: Bluebuck manufactures their products in Austria and Portugal. Both countries have higher percentages of clean electricity than in China and the United States. Clean electricity is generated from renewable resources such solar energy and the wind. Like the use of organic cotton, clean electricity also results in zero CO2 emissions. Bluebuck also reduces their “cotton miles” by crowing their cotton close by in Turkey.

“Cotton miles” is a term that describes the journey your clothes take from the cotton crop to the retailer you purchase it from. By keeping everything in Turkey and Europe rather than the Far East, Bluebuck’s underwear travels less. Some brands will grow their cotton in China, send it to the United States to be cut and stitched together, and then over to Europe where it will be sold in a store. This requires a lot of fuel, and thus, more unnecessary CO2 emissions.

The oh-so-handsome Zachary Dare models two pairs of Bluebuck in The Underwear Expert’s exclusive photo shoot by Jerrad Matthew below. He’s entirely stunning in Bluebuck’s Sky Blue Brief with white stitches. The color looks great on him, and the navy stripes on the waistbands provide just enough contrast. We like him just as much in the Blue Boxer. It has the Sky Blue color on the waistband, and a button-fly that’s like the definition of masculine style. 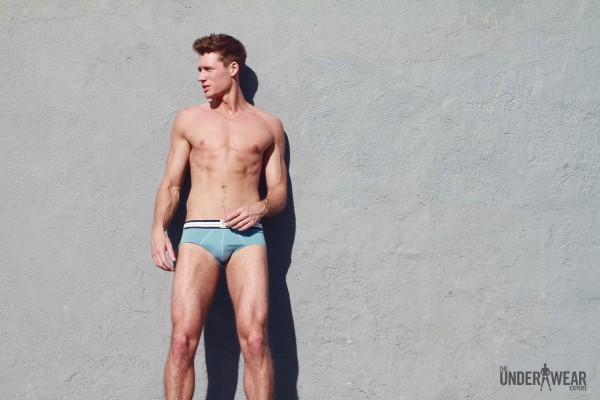 What do you appreciate most about Bluebuck? Is it their promise of masculine style, or their devotion to designing climate-friendly underwear? Let us know in the comments below, or by tweeting us @underwearexpert.

For more information on this brand: Bluebuck

Because Every Man Needs a Pair of Black Boxers

There isn’t a man alive who knows you can’t go wrong in something black. The most elegant of non-colors, its...