Fashion critic Tim Blanks once described London designer Richard Nicoll’s creations as being “glamourous but utilitarian”. If this definition was uttered in the context of describing Nicoll’s womenswear collections, it can also sum up his menswear garments very adroitly. 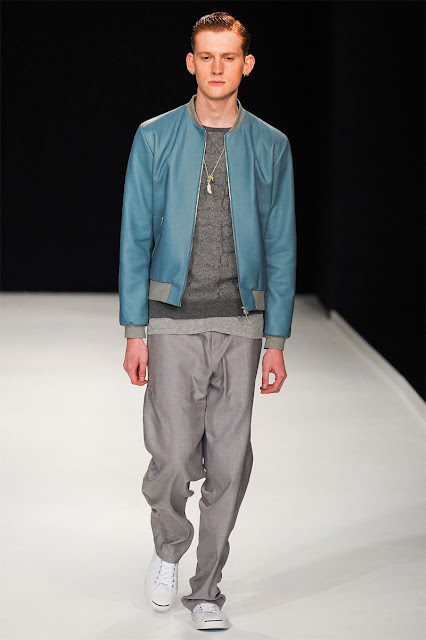 Nicoll described his Spring/Summer 2014 menswear collection (presented during London Collections: Men) as “a celebration of individualism and the ‘outsider’ to establish a new standard of ‘normal’.” However, the promising message in this quote failed to represent the collection accurately as ultimately the looks that took to the runway ended up revealing Nicoll’s timid predilection for “normal” staple shapes of menswear rather evidencing “a celebration of individualism”. The collection featured garments such as sweatshirts, biker jackets, bomber jackets, shorts, trousers, blazers, shirts, T-shirts, raincoats and suits with unordinary shapes and tailoring techniques that were a far cry from those that have imbued Nicoll’s elegant womenswear collections.

Despite the lack of inspired vision, Richard Nicoll’s Spring/Summer 2014 menswear range featured alluring prints by Liverpudlian artist Linder and noble fabrics such as Devoré, soft leather, python jacquard, rubberised cotton, metallic foil and merino wool. However, the luxurious textures and colours of these materials were not enough to rescue a collection too anchored by the utilitarian to be able to celebrate the outsider. 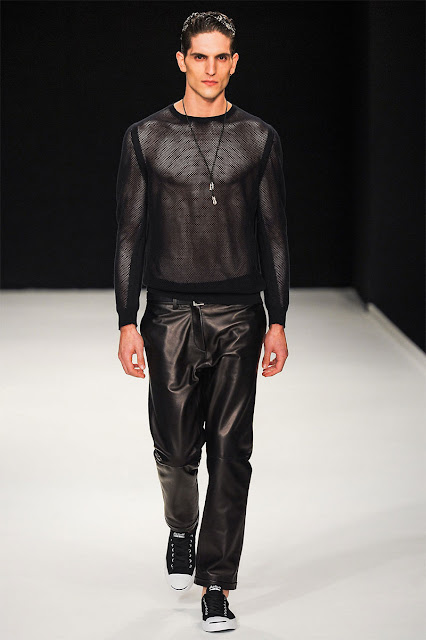 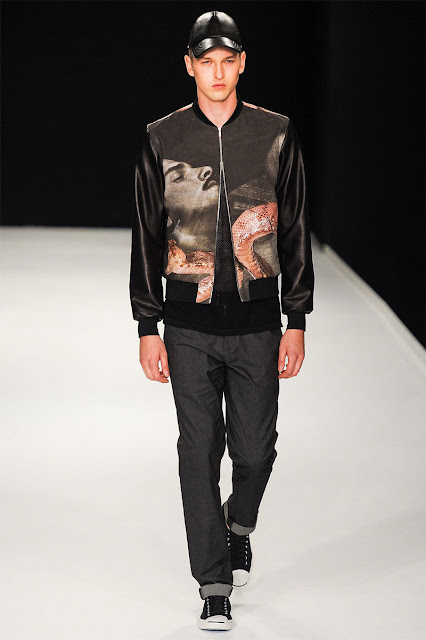 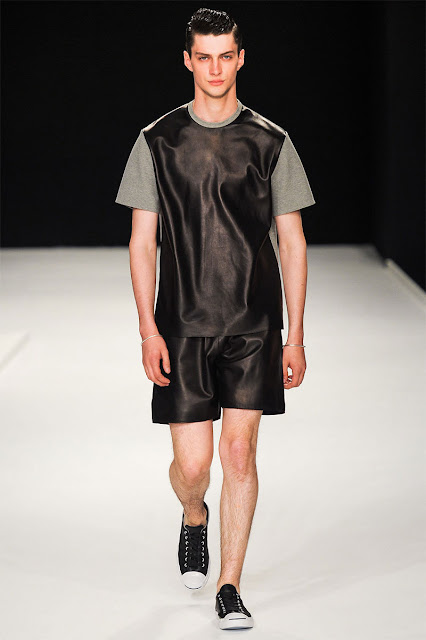 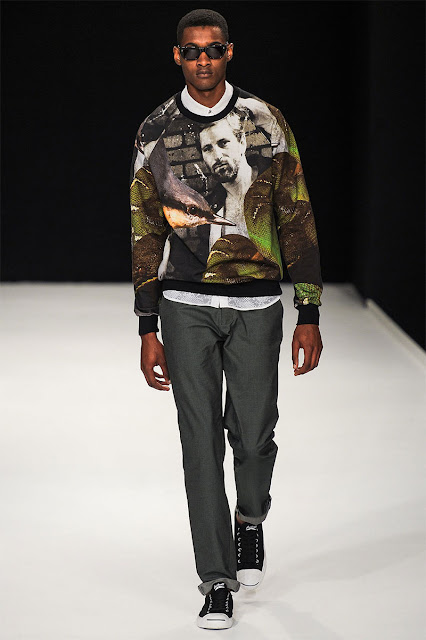 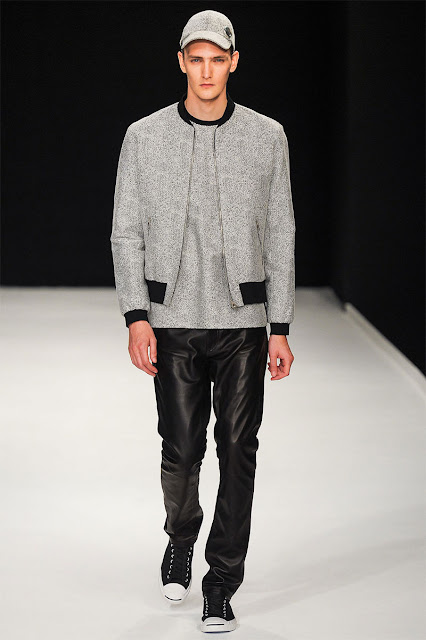 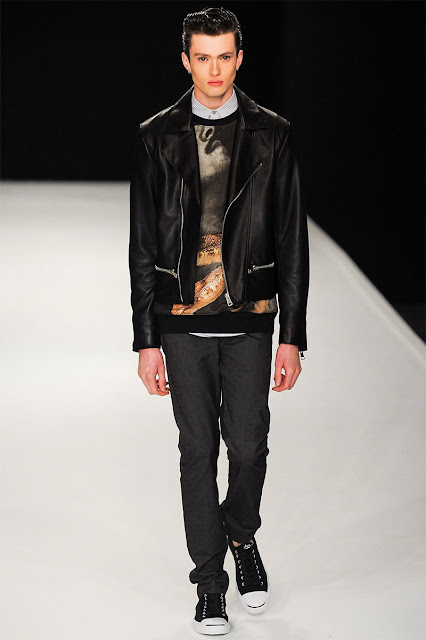 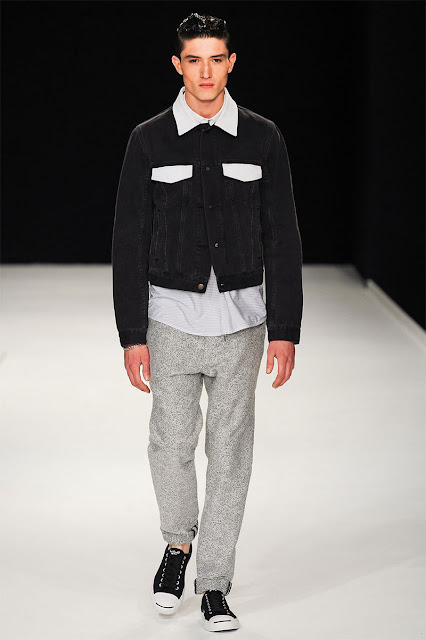 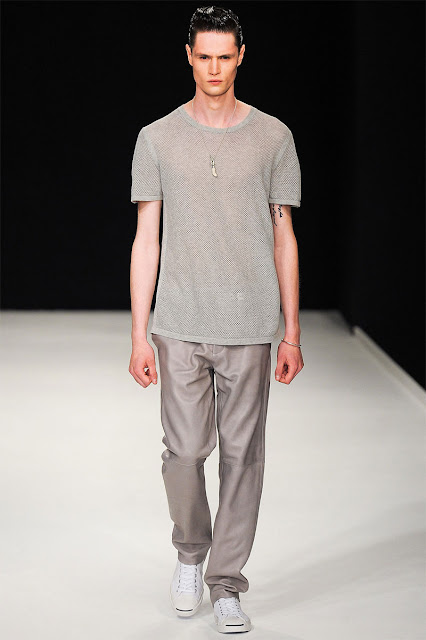 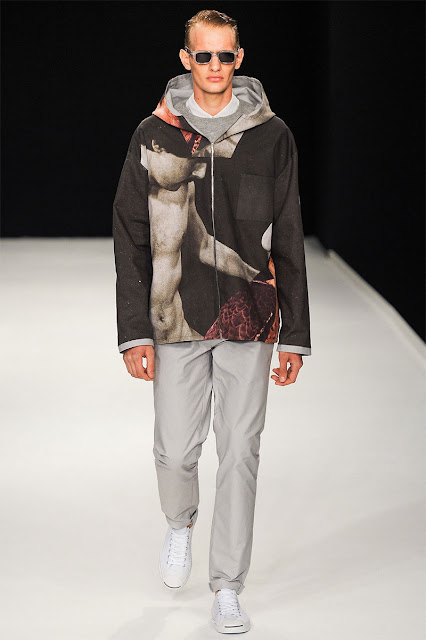 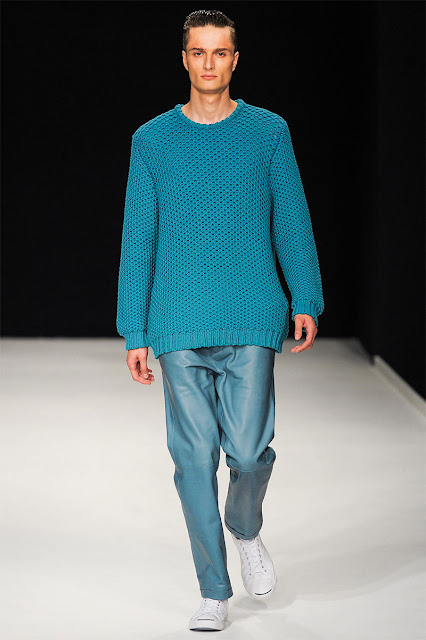 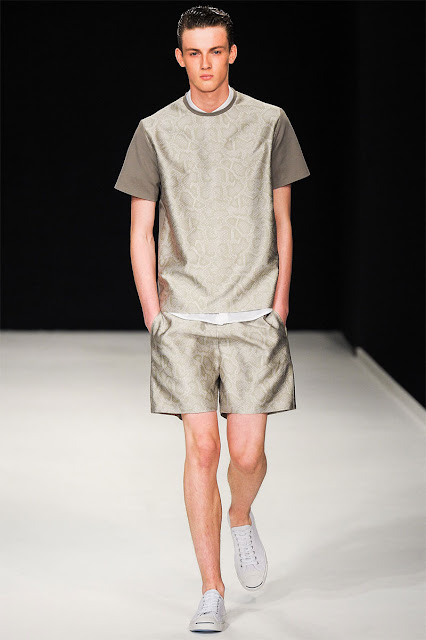 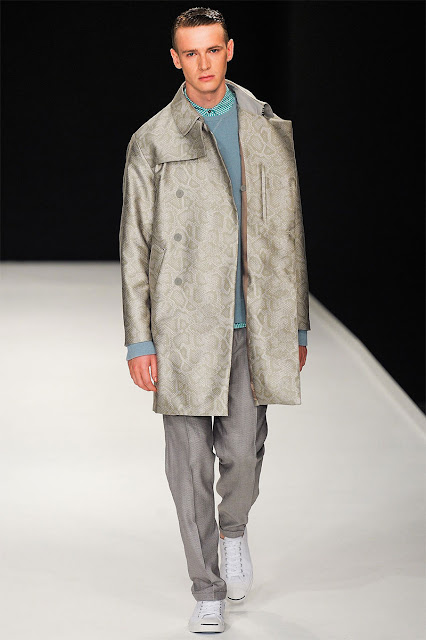 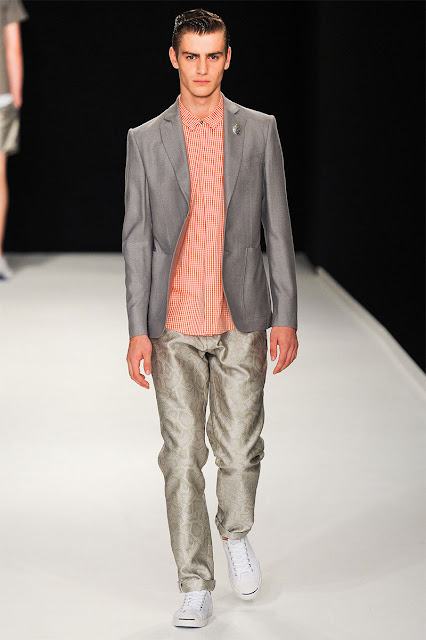 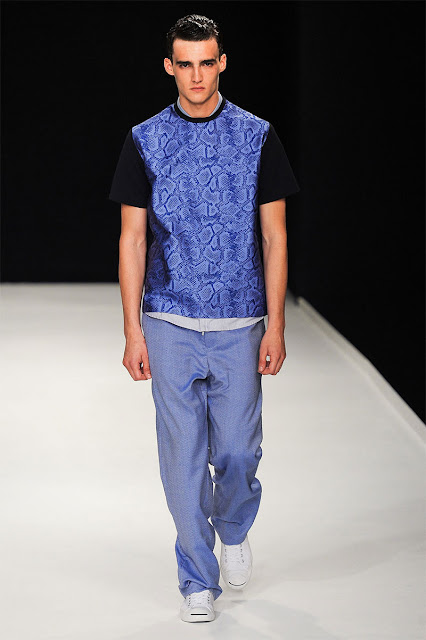 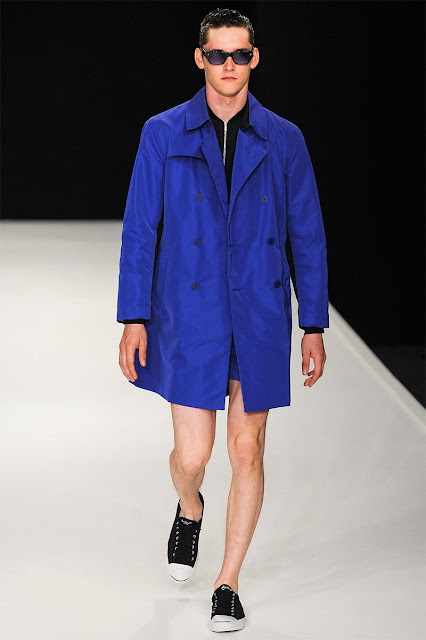 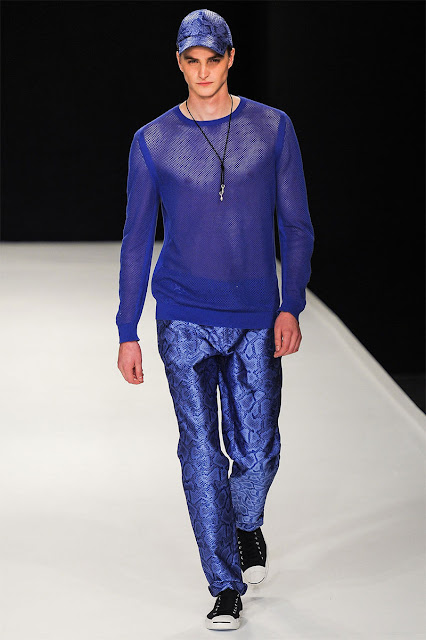 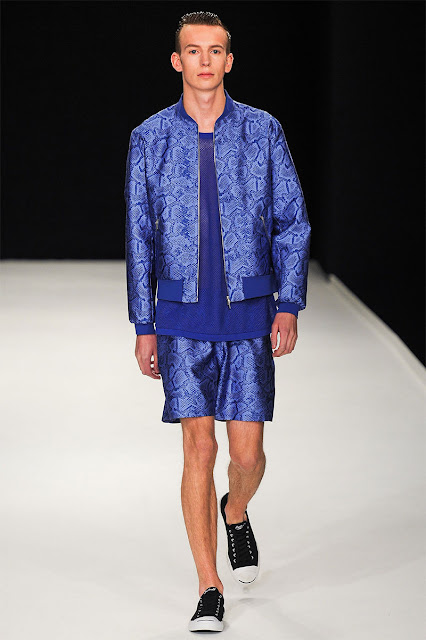 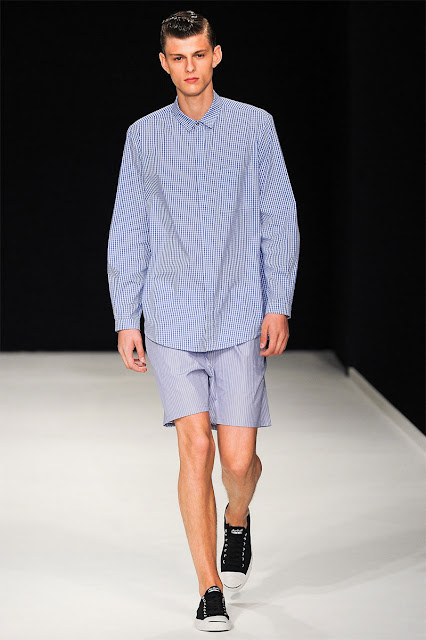 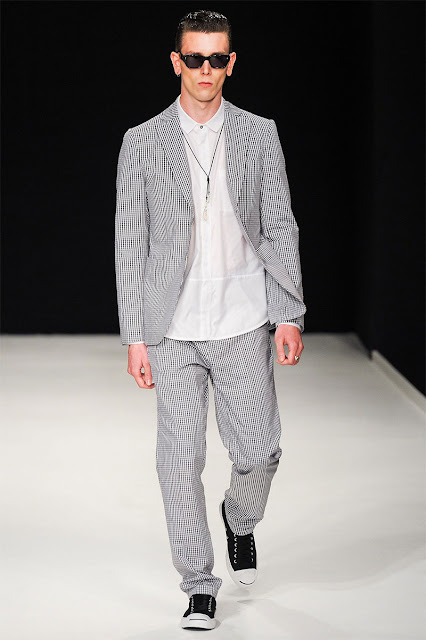 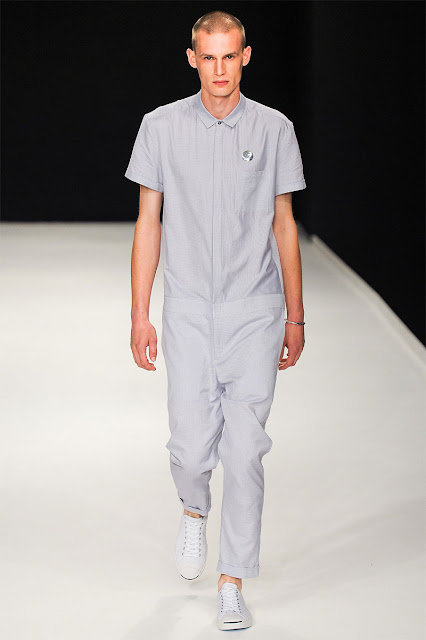 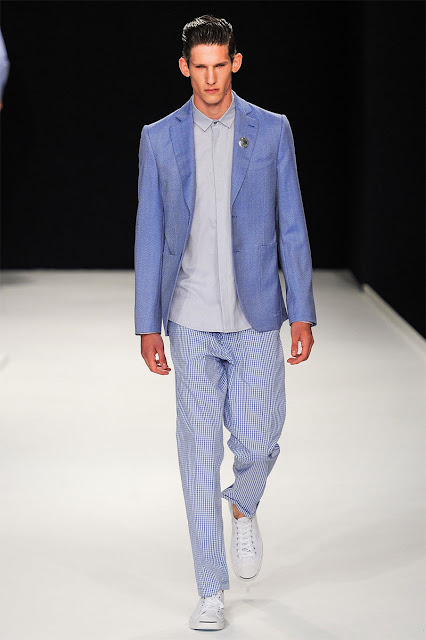 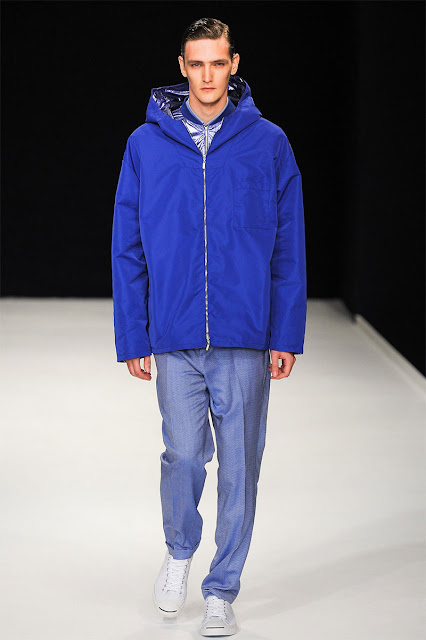 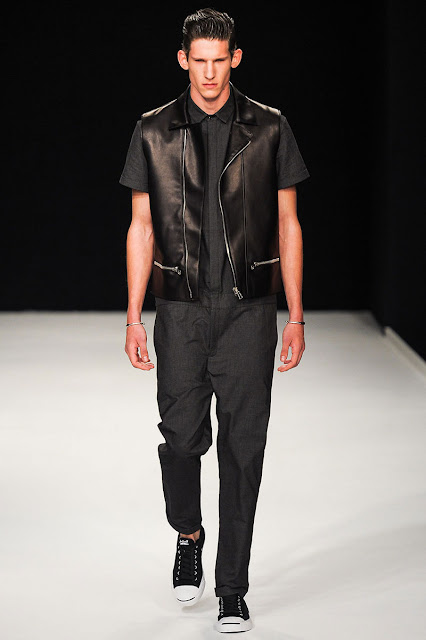