Afternoon loyal followers! Today I wanted to give you a...

Afternoon loyal followers! Today I wanted to give you a glimpse into my weekend getaway to NoLa (New Orleans, Louisiana) Even though this southern state is well known for it’s fried chicken, it holds a lot more intriguing and historic novelties. Between the local jazz musicians who would parade down the streets and the gumbo festival taunting our tastebuds, Eric and I were entertained all weekend long. We hopped from Jackson square to Bourbon street then to the pier and back again. We couldn’t get enough- the city is just beautiful! I’ve compiled a list of things to see, eat and wear (when visiting!)

Saint Louise Cemetery no.1- Rumor has it that Marie Laveau (voodoo queen) is buried there and a couple tombs covered in offerings seem to prove it. Winding in and out of the mausoleums Eric and I were intrigued. The thing is, the ground is so unstable and marsh-y that they were forced to bury bodies above it so they wouldn’t rise. spooky huh? Just make sure to look up the cemetery times online beforehand because they’re a bit weird.  Oh and fun fact, that giant pyramid structure (See above) is Nicolas Cage’s tomb for when he dies. What a wiener.

Jackson Square- A fun and festive location that’ll keep you entertained for a couple hours. Not only is the vast cathedral captivating, but the local performers and artists boast their work for all to see (which you should see though seriously) Not to mention is across the street from Cafe Du Monde also- we’ll get to that in a bit.

Bourbon Street- Despite smelling like vomit and being a bit overcrowded, you have to see Bourbon Street. It’s all part of the experience! If you fancy a good drink or 20 then head out for a night with buds and treat yourself to a “hand grenade” apparently all you need is one! don’t say I didn’t warn you!

Cafe Du Monde- The world renown cafe that produces one of the most delectable sweets I’ve ever tasted…a Beignet. a bein-who? a Beignet. A fusion between a donut and french toast? I don’t even know how to describe it, just go, wait in line and try one. They actually come in orders of 3 so you have no choice but to chow down. you’re welcome. bye.

Muriels Jackson Square- Eric and I had the honor of visiting one of the haunted restaurants in the city while enjoying some gumbo and bloody mary’s. Story has it that a man named Pierre Antoine build the home for himself then wagered it in a poker game, to which he lost then killed himself. We were being told this all while enjoying our gumbo. mmmmm

Nola does in fact get chilly this time of year but rarely sees snow! It’s best to bring a couple jackets, jeans and maybe a scarf or two! You do a lot of walking in this city and you’ll want to because of the stunning architecture so comfy shoes is a must as well.

on a side note- We would like to thank the Waldorf Astoria/Roosevelt Hotel for the wonderful driving experience. They gave us the opportunity to get behind the wheel of 3 sports-cars (Lambo, Audi R8 V10, & a Mclaren) and hit the streets for a unique and unforgettable experience. Please check out their traveling program here if you’d like to do the same. it’s 3 hours of feeling like a baller…who wouldn’t want that?

hope I’ve inspired you to visit this incredible city one day soon! You won’t regret it. 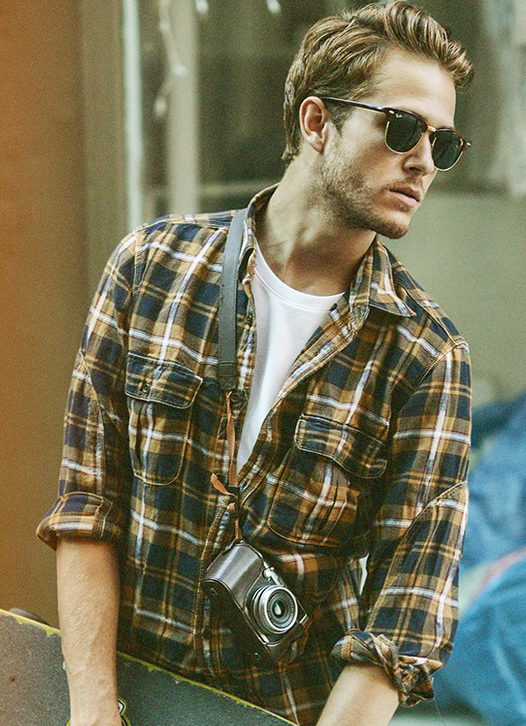 Initially in 2009 , I AM GALLA was no more then a 17 year old boys pastime when he got home from school. Little did he know it would flourish into something really special and unique. It wasn't long before he was aiding the menswear demographic with styling tips, trend forecasts and third party inspiration. I AM GALLA is originally derived from Adam's last name 'Gallagher' and signify's just that of a gala, a place where dapper styles manifest!

The Spanish brand Massimo Dutti is highly under appreciated here in the states and its lastest lookbook is filled with...