Men and the Color Pink: A Cultural History

Pink is a color that, throughout the 20th century and,...

Pink is a color that, throughout the 20th century and, apparently, in the beginning of the 21st century too, has been strongly associated with the idea of “girliness”. This link was so strong, that in many societies it has become a great taboo for men to enjoy the color pink in general and to wear it.

It’s amazing how a whole craze was able to arise from a single color. 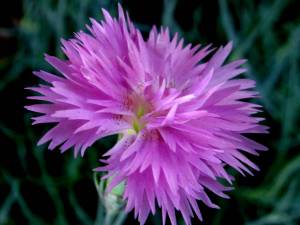 Pink is a pale red color that owns its name to the flower with the same name, pink, also known as dianthus. Today, pink is culturally seen as opposing the color blue or pale blue, which are associated with boyhood and masculinity.

But has this always been the case?

According to some, women have a natural tendency to be attracted to the color pink. According to some theories, tens of thousands of years ago, when men used to hunt and women to gather (which, by the way, is not a certain fact, as there is nothing to indicate this directly), women needed to spot berries quick and easy, which are red and pink; and, therefore have developed a natural instinct that drew them to these colors. 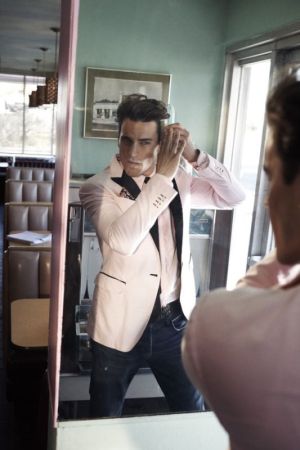 A simple look back in history though will make us see that this theory is not valid. Moreover, another group of scientist claim that men have actually a more acute sense of vision, which is why men are said to be more skilled when it comes to creating visual things, which would explain why most famous designers, artists, film directors etc. are all men. According to the same group of scholars, gay men would have an even more developed sense of vision, which would explain why so many men who have the earlier-mentioned professions are gay. Whether this theory is true or not, or just based on stereotypes is another discussion.

Back to the color pink and history, it might come as a surprise to many to find out that once upon a time, the color associated with masculinity was in fact… pink. So much for the ancient times theory. Moreover, the once upon a time was not even so long ago. In the 1800s, even though most children would simply wear white clothes, it was actually quite common for boys to be dressed in pink and for girls to be dressed in blue. When this “trend” started is not quite sure, but in 1794, Xavier de Maistre, a French author said in his work “A Journey Around My Room” that he recommends men to paint their rooms pink and white, as it would improve their mood. 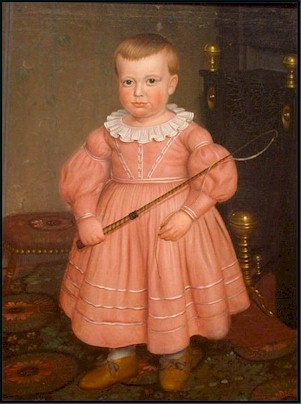 Furthermore, during the 19th century, it was common for parents to dress their infants, regardless of whether they were boys or girls, in dresses. The reason behind this was that it was a lot easier for them to change diapers this way than it would have been if the kids had worn pants. Moreover, once a boy was older, it was common for the family to dress him up as a girl. Many paintings created during that time show families with two or more girls, but in fact, on many occasions, at least one of the “girls” was in fact a boy. It is interesting and notable how works of art that have been created such a little while ago can be so tricky for us to interpret, even at the easiest “reading” level.

So when did it become an unwritten rule that boys should wear blue and girls should wear pink and how did it come to be such a taboo for men to wear pink? 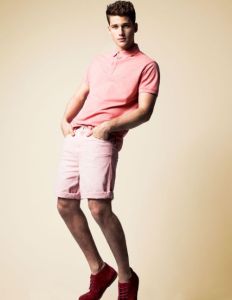 During the 1920s, it was actually more common for boys to be dressed in pink and for girls to be dressed in blue. However, this was not such a popular thing as it is today, as most people chose to ignore this type of norms.

One of the earliest references to blue being a boys’ color and pink being a girls’ color comes from June 1918, when a trade publication called “Earnshaw’s Infants’ Department” wrote that “ The generally accepted rule is pink for the boys, and blue for the girls. The reason is that pink , being a more decided and stronger color, is more suitable for the boy, while blue, which is more delicate and dainty, is prettier for the girl.”

A few years after that, in 1927, Time magazine released a chart that highlighted gender-appropriate colors, according to the time’s leading US retailers such as Best & Co., Halle’s or Marshall Field. The chart advised parents to dress their boys in pink and girls in blue.

However, it wasn’t long before all this changed. And the reason is a purely economic one. If until then, in case a couple had a second child, the child would wear his older sibling’s used clothes; now, if the child was of a different sex, he or she would need a whole new set of clothes.

The colors and gender trends swapped during the 1940s, for no apparent reason, but it wasn’t long until pink was a color associated with girliness. It has been simply concluded that boys like blue more and girls like pink more, but studies from that time have shown that in fact, both genders preferred blue to pink. In actuality, pink was one of the least favorite colors among adults. This interesting detail is very important, as, in a society that was obsessed with strict gender roles; everything that was considered derogatory was associated with women. Another very interesting thing is that, while blue is associated with both boys and grown men, pink is associated only with young girls, and not so much with adult women. Adult women who wore pink were, and this happens today a lot too, infantilized, being therefore put down by the conscious (or mostly unconscious) followers of a patriarchal paradigm. Infantilizing someone by any means, whether it’s words, as in “going out with the girls” instead of “ladies” or “women”, or by associating them with a color destined mostly for little girls, is a way of keeping a certain group down and silent, while another groups is in power.

And, because in our patriarchal society it is degrading to be a woman (otherwise, how can you explain why it is empowering for a woman to wear pants but degrading for a man to wear a dress?), men wearing pink became, well, degrading. 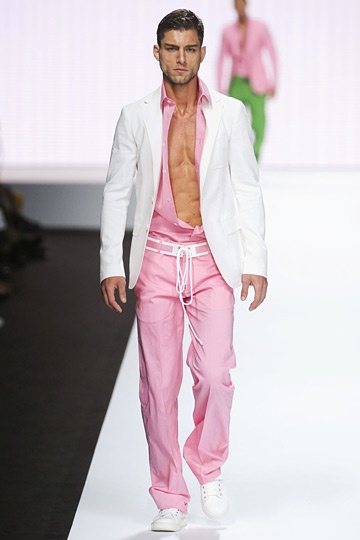 It is amazing how today too we often fall victims of our own past, fear-driven paradigm. In fashion, pink was often a color associated with homosexuality as well, as gay men were also a taboo during the 19th and 20th century. The reason why this has not changed faster is because nobody wanted to be the one to stand up for the idea that men and women are equal and that pink is just a color. The reason why nobody stood up is because a person associated with a taboo idea becomes taboo him or herself too. Being a social taboo leads to becoming an outsider, which is contrarian to human nature – we all have a strong need for belonging.

These ideas make us only be more thankful for the movers and shakers such as Gloria Steinem or Harvey Milk, who have worked extremely hard to promote ideas of equality. 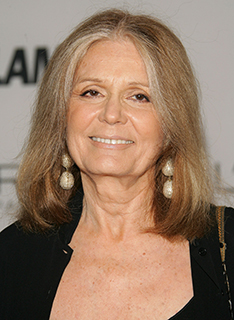 “The first problem for all of us, men and women, is not to learn, but to unlearn.”

However, with the rise of the Internet, more and more people are able to voice their opinions and to create a culture where it is OK for men to be who they are, to wear whatever they want, regardless of their sexuality; even if this is the color pink.

These days, pink has become a staple of strength: a man who wears pink is a man who is so confident and strong that he doesn’t fear becoming an outsider. A man wearing pink is a man who challenges the norms, and what is a greater power than to broaden the minds of people and give them something to think about? 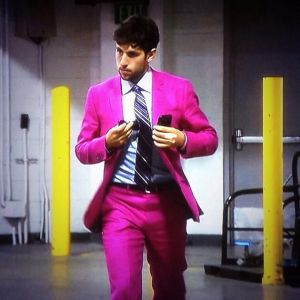 To conclude, we can say this: “Men, don’t be slaves to an old, formality-based way of thinking! Question everything, empower those who are weaker than you and… wear lots of pink!”

The politics of dressing up: Masculinity vs. Femininity

P.S. What do you think about the idea of men wearing pink? How is it seen where you live? Share your thoughts in the comments below! For more articles on style, fashion tips and cultural insights, you can subscribe to Attire Club via e-mail or follow us on Facebook or Twitter!

The post Men and the Color Pink: A Cultural History appeared first on Attire Club by Fraquoh and Franchomme | Men's Style, Fashion And Lifestyle.

Funny Fashion Laws From Around the World

A mugshot from the 1920s The world is full of laws that are strange and sometimes very funny at the...