“There was madness in any direction, at any hour. You...

“There was madness in any direction, at any hour. You could strike sparks anywhere. There was a fantastic universal sense that whatever we were doing was right, that we were winning.”

Living in the land of perpetual sunshine and positive vibes is a thing of beauty. The days are long, the surf is usually always up, the girls are pretty, the dudes are cool, the tacos are aces, and the rays are constantly tanning skin a nice olive hue. Given this, the call for sunglasses is quite great. And there’s no shortage of companies churning out shades here in SD, or anywhere else for that matter. But you have to have a “thing” nowadays. Something to set yourself apart. Anyone can knock out another pair of Wayfarer-style eyewear. No problem. And for beach days, a cheap pair of shades can be ideal, given sand can be a lense’s worst enemy. 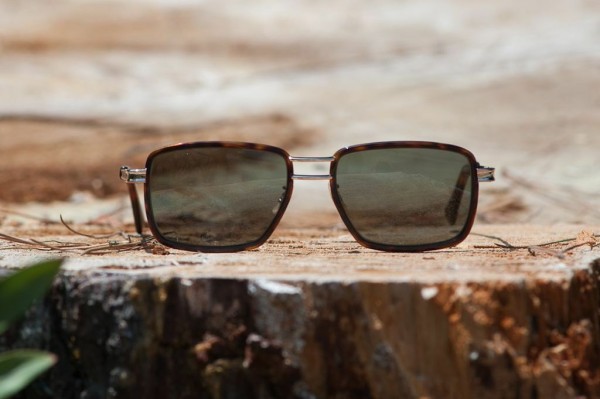 Back to setting yourself apart: Self Edge seems to know what it takes to get unique in the glasses game. The selvedge and Japanese denim leviathon, is debuting a new line of Hunter S. Thompson-inspired sunglasses in collaboration with the iconic Tokyo-based eyewear company, Globe Specs. To gone step further than a simple collab, because those too are a dime a dozen now, Globe and Self Edge decided to model these specs after the pair of shades Hunter S. Thompson donned in “The Cozumel Diary”, which chronicles the week acclaimed photographer Al Satterwhite spent with Thompson in Cozumel circa 1974. Thompson is one of America’s greatest literary and lifestyle treasures and these sunglasses are an apt reflection of his timelessness and ongoing legacy and impact on American culture.

Are the Self Edge x Globe Specs Cozumel shades pricey? Kind of. Clocking in at $345 will put a nice little dent in your wallet. But you’re also getting a set of sunglasses that will make you cooler. (This is scientifically tested, and I have all sorts of graphs and pie charts to prove it.) And you’re getting more than just another run-of-the-mill pair of glasses. Slap a pair of these hand-finished stainless steel and 100% Japanese acetate frames on your face, keep em clean with the original dust cloth art designed by Kiya Babzani and know you have a better look than anyone else… Or don’t even worry about anyone else. Who cares? Hunter S. Thompson wouldn’t. After all, “Life has become immeasurably better since I have been forced to stop taking it seriously.”

Self Edge is selling this collab on their site, and they are only making 200 of these. So, yeah, act fast if you want a pair. These will probably go fast.

By The Crosby Press

Sometimes brands are so eager to collaborate that the end result makes no sense at all. This collab, however, just...