Item Roundup: P3 GlassesEvery now and again someone has the...

Item Roundup: P3 Glasses Every now and again someone has...

Every now and again someone has the gumption to tell me that I’m lucky to have poor vision because it allows me to wear glasses. Although I hardly think a life of near-blindness is a good trade for another accessory to spend money on, I won’t deny that glasses can be very cool. It should come as no surprise that my taste in eyewear (although still developing) tends to skew traditional and simplistic, and for that reason I find myself drawn to the wonderful style of the P3 frame.

I've read before that the name “P3” is somehow synonymous with or refers  to the tortoiseshell coloration the frames often have, but I believe this is incorrect (after all, P3 frames can be found in many materials, including metal). After a bit of digging I was able to learn that the P3 frame, like so many other popular bits of men’s apparel, comes from the military. The frame has its origins in World War II, where they were given to short-sighted soldiers. Like every other military-issue piece that I can think of, they were named rather dryly - the “P” stands for “pantoscopic,” which refers to the tilt of the lens (in the UK you may hear this style of frame referred to as “pantos”). Moreover, the “3” referred to the height being 3mm less than the width, accounting for the lens’ oblong shape. In the decades after the war the frames became a common sight in Hollywood, Ivy League schools, and boardrooms,  and have remained a classic style since. Here are some of my favorites, in no particular order: 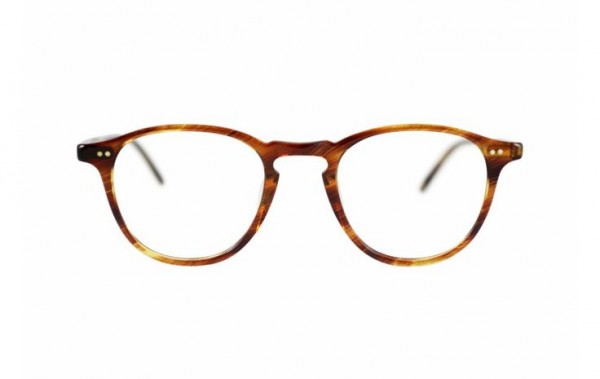 GLCO Hampton ($285). This is my personal favorite at the moment. I had a chance to chat with Garrett Leight late last year and see his products in person, and was very impressed with his frames. In particular, the acetate he sources is some of the most beautiful I’ve seen. The price for his frames is not cheap, but it’s in that no-man’s land between the high-end Luxottica brands and the budget glasses companies. I think they’re a pretty good buy for what you get, and I hope to make this my next pair (that’s their Hampton in demi blonde in the photo up top). Oliver Peoples O'Malley ($350). Although Oliver Peoples was only founded in 1986, their core models were inspired by the vintage collection of a man whom the company was eventually named after. With the help of Hollywood (American Psycho, anyone?), this model has become more of a classic than its age would imply. Although OP is now unfortunately owned by Luxottica, I won’t deny that their frames are attractive (albeit expensive). There’s also the slightly heavier Gregory Peck model and the “Sir” O'Malley (which is pretty much the same as the O'Malley but in different colors and more expensive). I have the Gregory Peck sunglasses and thoroughly enjoy them (although I definitely wouldn’t have bought them at full price). 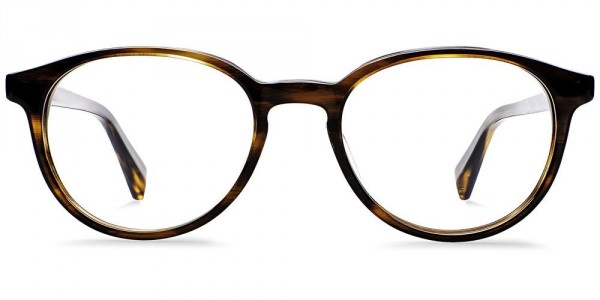 Warby Parker Watts ($95). Although I don’t think that Warby Parker frames are up to the level of the more luxe names on this list - WP’s lenses are not that great and the designs are not quite as good - I can’t deny the value they provide. I have owned two pairs, and for the $95 price tag they were totally worth it. The Downing and Begley models also have a similar shape, but with different measurements and colors. You can read my full review of WP frames here. 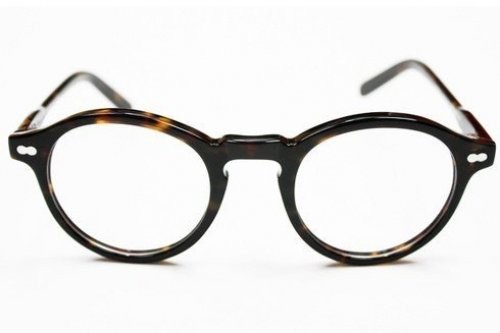 Moscot Miltzen ($250). Moscot is one of very few longstanding, independent brands that has resisted takeover from the Luxittoica monopoly. Their frames have a bit more of a chunky, downtown vibe to them - more Andy Warhol than Atticus Finch. Nonetheless, they remain a classic and have made generations of men look good. The Ben Silver P3 Collection ($330 - $395).  I’ll be the first to admit that I don’t know much about these models, but I do know that this is probably the best collection of P3 frames out there. I have no first hand experience with these but they look very handsome and come in lots of great colors.

Anglo American Model 406 ($200).Much like the Ben Silver collection, I’m not to familiar with the details of Anglo American. That said, their name seems to come up whenever the topic of vintage style eyewear is discussed. The price puts them somewhere in the middle of the pack, and the style and colors of the 406 are very much on point.

Those are my favorites. Do you wear P3 frames? Which model is your favorite?

Hall of Frame - a visit with Garrett Leight...

Hall of Frame - a visit with Garrett Leight California Optical My bad eyes have made me highly dependent on corrective...