There are a number of great reasons to give a...

There are a number of great reasons to give a bottle of spirits for the holidays. There’s no mall with maddening crowds to deal with, often your local retailer is nearby in the neighborhood and your gift will be received with a smile. If you’re lucky, they may even share your gift with you. Not a bad deal, eh? I’ve tried quite a bit in the past year or so and here are a few of my favorites.

I’ll start with bourbon. I’d never been much of a whiskey person until I moved to Atlanta. Liquor store shelves are contain huge whiskey selections and when I moved to Southern California, the availability is much more spartan. After a bit of trial and error, I’ve found a few favorites. One of which is Four Roses bourbon. I’d actually been sent quite a generous selection from Four Roses a while back and really enjoyed them. Time went on and I tried a few others costing more and less than the Four Roses, and I’ve come back to it. The yellow label is a fine everyday bourbon for sipping or mixing, with the small batch or single barrel when you want something with a bit more depth. Choose the one that matches your need and/or wallet.

When it comes to vermouth, I’ve learned that even though Martini & Rossi is readily available at the corner store, seeking out something a bit better is absolutely worth it for your martini or Manhattan. When it comes to sweet vermouth, at the Atlanta Food & Wine Festival during a mixology seminar we were introduced to a craft vermouth by the name of Vya that I really enjoyed, created right here in California. Although it works great as a mixer, I really enjoy it as an aperitif on its own. On the dry side, I’ve recently sampled a carpano from Turin, Italy that works well combined with your favorite gin. If you haven’t tried the Brooklyn cocktail, give it a go.

Speaking of gin, a longtime favorite of mine since discovering it at a trade show before it hit the market in Atlanta, I still love St. George Spirits’ Terroir Gin. While opening up a bottle, it transports you to the grand state and national parks that California’s known for. Douglas Fir, California bay laurel and an array of botanicals form a incredible aroma and is amazing with your favorite tonic. If you’re looking for some a gin without those notes, their dry rye is a fine choice.

Speaking of tonic, after trying it here and there, and I finally purchased a bottle of Jack Rudy small batch tonic this summer, and for a person who has never been a G&T fan, I had plenty this summer. It’s spoiled me and it’s really hard to go back to the tonic that’s easy to find at the supermarket. It’s a completely different beast, packed with flavor and a must for your bar cart.

Where as Georgians love bourbon, Southern California is a tequila lovers paradise. I received a few samples of Casa Noble tequilas and the reposado, aged for a year in French oak barrels was my favorite. As I mentioned in my last post, I’m a lover of citrus and this tequila makes fine margaritas and palomas. The bottle is a quite the looker in and of itself and makes for a fine gift.

When it comes to rum, I have a few favorites. As a Jamaican, I’d shamed for not mentioning Wray & Nephew’s or Appleton rum. They make a fine product. My longtime favorite has some sentimental value, as part of my awakening to craft cocktails. I’d asked for a rum drink at an Atlanta favorite, Holeman and Finch and was given a classic daiquiri made with Ron Zecapa 23. I was perplexed because there seemed to be a clear lack of crushed ice and fluorescent colors in my glass. It gave me a new appreciation for classic cocktails.

Last but not least, I’m a fan of Pisco Porton. I actually met the distiller, Johnny Schuler in a swing through Atlanta at Alma Cocina. The man is incredibly passionate about his product and believes there’s no other comparison to other piscos on the market. Sure, it may cost more than the other piscos, and having tried some of the competition, I tend to agree with him. While you can certainly use it in the signature pisco sour cocktail, I’ve also had fun replacing other clear spirits in a drink and it paired well with Ballast Point’s mai tai mix. Pisco hails from Peru and the the container looks impressive as a gift.

This list is by no means exhaustive, just a selection of spirits that I love. I’m looking forward to trying new selections in the new year and sharing them with you. Cheers! 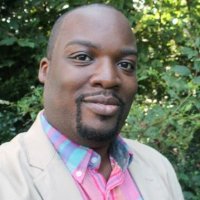 When it comes to gifting the traditional choice of whiskey for Father’s Day, personality and quality count across the board....