Why You Should Embrace Gray Underwear This Summer

More often than not, black underwear will be too dark to wear under your summer styles. Instead, opt for gray this season—here are a few pairs to get you started. 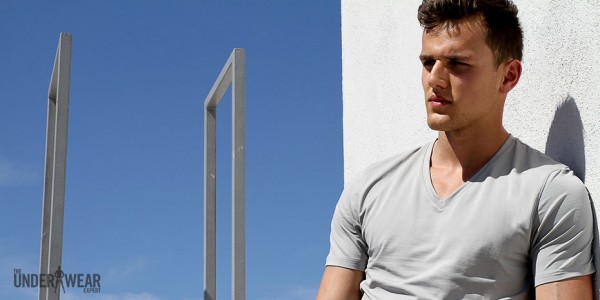 More often than not, black underwear will be too dark to wear under your summer styles. It’s superior to white underwear – no question there – but black pairs can also create jarring contrasts with seasonal colors. That’s why Jerrad Matthew’s latest photoshoot for The Underwear Expert is all about grey underwear. Whether it’s a darker shade of grey or something more neutral, grey underwear is an essential for any style.

Underwear brands such a Blackspade and Bread & Boxers are all about casual looks with refined designs. The handsome and chiseled Tyler Bartel first models Bread & Boxers’ Grey Boxer Brief. It’s as classic a pair as you’ll ever find on the men’s underwear market. The grey melange material gives the look a little texture for added style. Bread & Boxers even leaves out bold text on the waistband for a look that’s as attractive as it is simple. The same goes for Blackspade’s Tender Cotton Shorty in Stone. The “shorty” has a similar design to Bread & Boxers’ boxer brief, and features the brand name printed small and off-centered on the left hip. 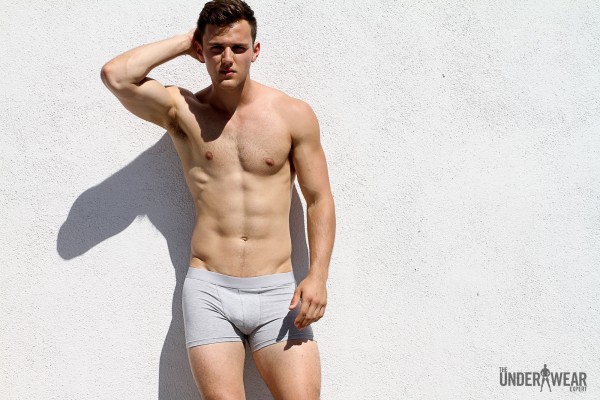 Tyler Bartel also models looks from Björn Borg and papi, both of which prefer a new age grey rather than neutral. The papi Rave Brazilian Trunk takes your fashionable houndstooth print and applies it in two shades of grey. Top that off with a metallic waistband, and you get one of the brand’s most fashion-forward pairs of grey underwear.

The Camoflash Long Shorts from Björn Borg aren’t so much fashion-forward as they are out of left field. Easily the most modern and striking design Tyler models, the Swedish brand’s Camoflash print reads like a geometric kaleidoscope of grey, black, and white. And even though the sharp, angled shapes seem haphazard, the pair is balanced no matter where you look. The black waistband is also accented with lime green text for a splash of bright contrast. 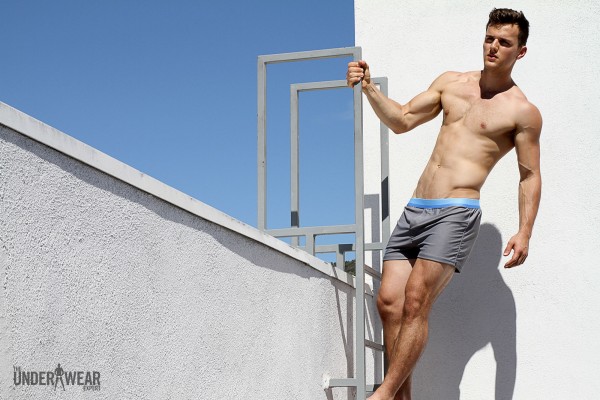 Shrine Boxers does something similar with their Boxer in Blue/Gray. Their shade of grey is one of the darkest featured in our exclusive photo shoot, but it never reads as a dark pair. The loose-fitting boxer catches the light, and is brightened even more with a two-tone blue waistband, mostly a sky blue color.

And while grey underwear serves as an ideal, neutral base for your summer attire, it can alsothe focus of your summer attire. Tyler Bartel models the Marek + Richard Core Long Tank and Blackspade’s Mood V-Neck. A solid grey top is a sophisticated choice when building a simple, casual look. It’s more styled than a too-casual white tee, and won’t attract the summer sun like a black tee. Instead, attract a summer love with pairs of grey underwear and basic grey apparel. 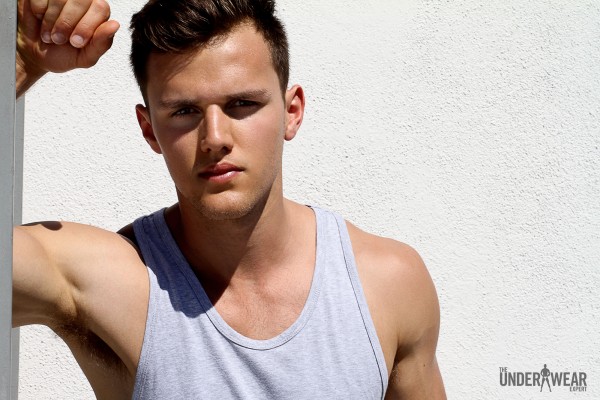 Instead of a Campaign, Björn Borg Released the...