A Guide For The Fall/Winter Scarf

Ever since our prehistoric ancestors realised cold neck means cold...

Ever since our prehistoric ancestors realised cold neck means cold everywhere, we’ve been swathing the nape in something warm. A staple for menswear during cooler climes, the long tranche of fabric we call the scarf has thankfully evolved from a dead furry animal to a multitude of stylish options that don’t involve bloodshed.

As familiar as we are with this versatile accessory, most men are apprehensive about getting one. Even the most competent scouts doubt they can find the right knot. Does it go over or under? Where do I stuff the extra bits? Or most basically: how to wear a scarf? Have no fear, HSD is here. Scarf down this third installment of our Fall Style Diary, and wrapping your neck just might become your new favorite pastime.

Every major empire since Antiquity had a version of the scarf – from the Egyptians to the Chinese to the Romans. Invariably, they were donned by the powerful, and by both men and women. Sometimes the scarf represented social influence or specific ranks, and at other times it was a symbol of beauty and fashion savviness. Which, of course, only the rich had access to.

The actual word “scarf”, meaning “a band of silk, or strip of cloth”, was coined in the 1550s, and possibly evolved from the Old French expression describing the purses pilgrims slung over their necks. In more recent times, Hermès and Burberry became famous for their graphic silk scarves and plaid scarves respectively.

As evidence of its longevity, the long scarf was named by Vogue Paris as one of the most significant trends in the 2015 menswear Fall/Winter shows, used by classic ateliers like Bottega Veneta and edgier designers like Wooyoungmi. Point is, whatever form they come in – wide, narrow, thick, thin, short, long – scarves will always be here.

How To Look Good In A Scarf

The next time you pick up your scarf, make sure you’ve gone through the following steps. More likely than not you’ll make it out of the house, chin up with pride beaming from your warmly accessorized neck.

Firstly, recognize what the scarf is. It’s an accessory, like the dipping sauce for the nuggets. Don’t work your outfit around your scarf. Instead, it should match what you’re wearing. You don’t have to wear a scarf to look stylish every time you head out.

Three things determine which scarf is right, and they’re all interconnected: degree of formality, fabric pattern and color, and the knot. Unpatterned fabrics in black, grey, white, or brown tend to be more suitable for formal occasions, so leave the crocheted reindeer scarf from Grandma for Christmas dinner at home. 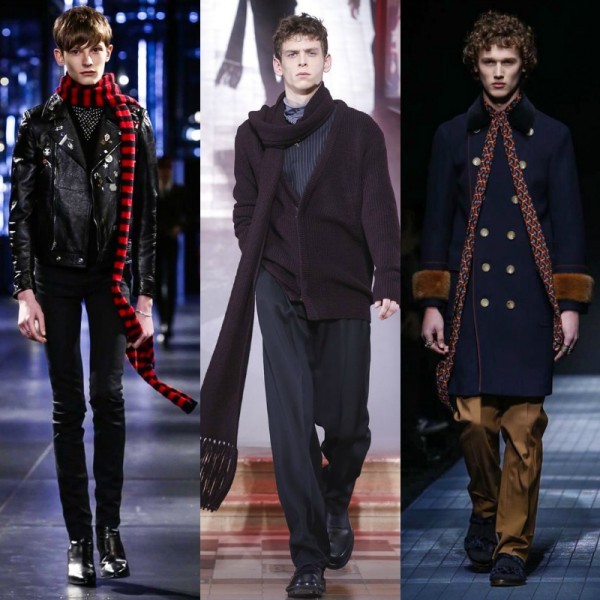 One of the most subtle but powerful ways to pair scarves with outfits is via texture. If you’re in a bomber jacket and jeans, dial up your macho factor by picking a scarf with thick yarn stitchwork, in olive green or black. If you’re heading to a formal dinner in black tie and a black trench coat, a white silk scarf will work best.

Scarves can also be a way to zing up an otherwise simple outfit. For our Normcore friends, a simple pinstripe scarf can add interest to a white shirt-blue jeans ensemble.

How to tie a scarf

As for the knot – it may yet be the most frustrating part of wearing a scarf. We’ve all been through this before: standing in front of the mirror on a cold autumn’s day, throwing an uncooperative scarf hither and yonder, seemingly destined to never get it right. Good news: it’s really not that complicated.

Sometimes the problem is using the wrong knot for the thickness of your scarf. Generally speaking, the thicker the fabric, the simpler the knot should be (or better yet, go without one). The knot also has to match the length of the scarf. The longer it is, the more complicated a knot the scarf can handle.

Here’s a useful infographic from RealMenRealStyle.com, which provides easy-to-follow steps on how to tie different knots, as well as when best to use them.

What Scarf To Get

Deciding what scarf to get really depends on your wardrobe and personal style. If you’re more of a utilitarian, rugged kind of guy, thicker woollen scarves would likely complement your existing wardrobe best. If you’re a basics man, keep it simple with plain scarves, or use printed or patterned scarves as a focal point.

More importantly, think of the occasions you get to wear a scarf in. A businessman living in temperate areas will certainly need warm scarves made with finer materials like silk or cashmere. But a young creative living in a tropical country may benefit more from getting lightweight cotton pieces in plaid or polka dotted styles – just to add some extra flair.

Now that you’ve learnt as much as you need to in order to confidently put a scarf on, we’ve included a gallery of different scarves used in different styles to get you inspired. Mouse over to see why we loved each look. 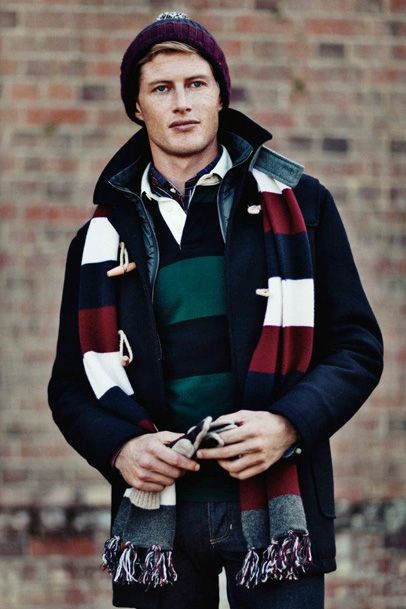 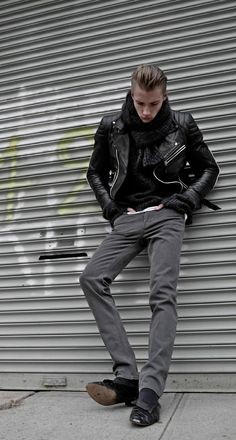 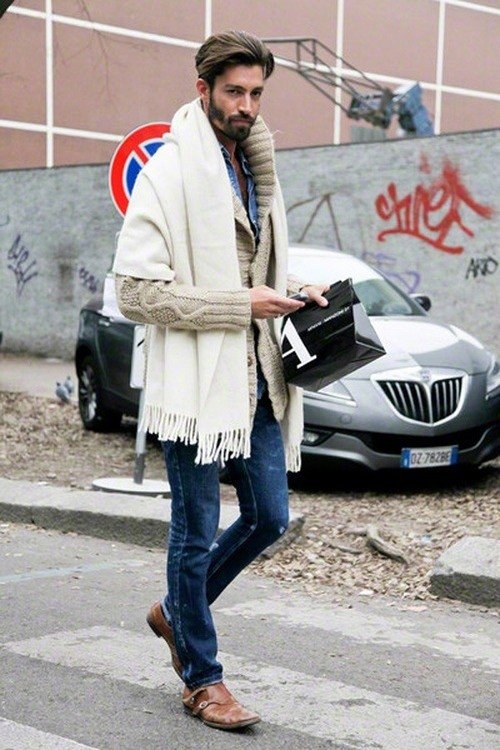 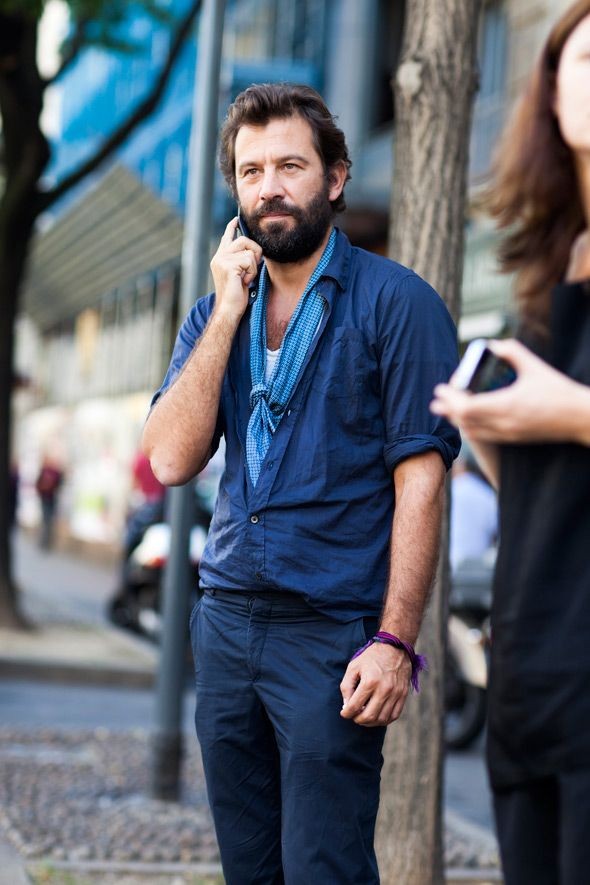 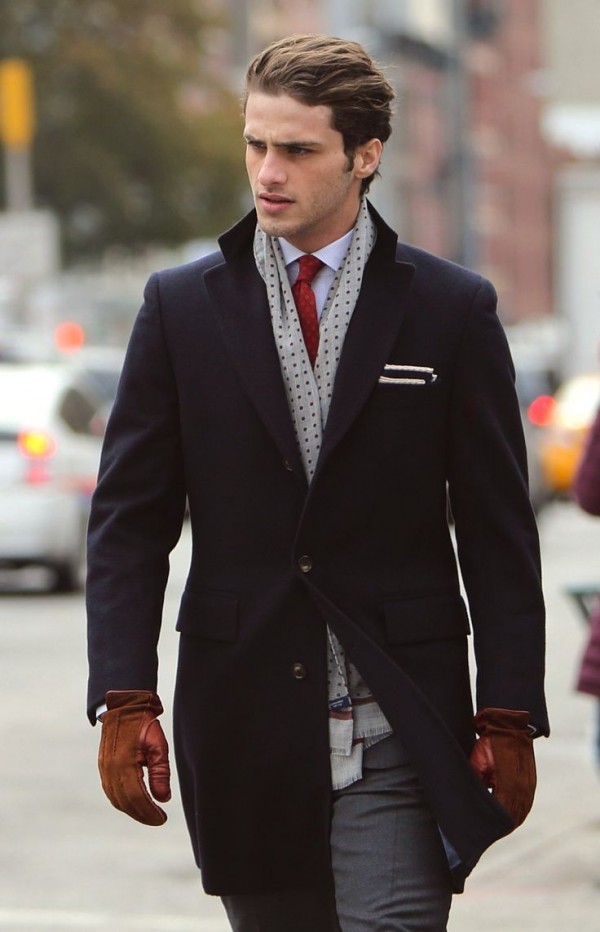 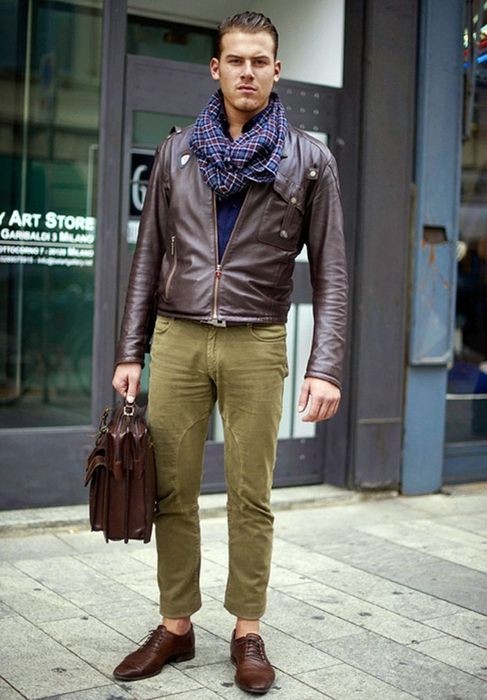 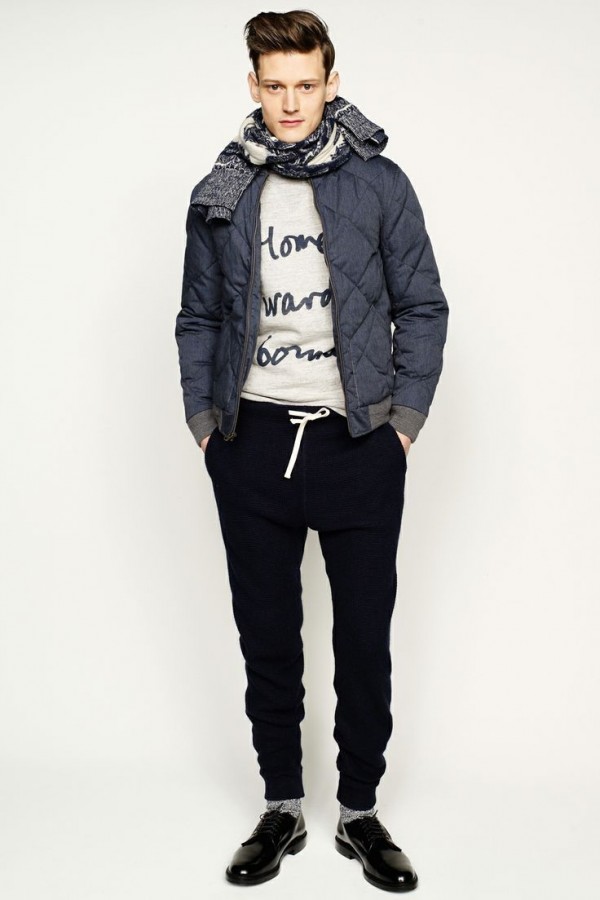 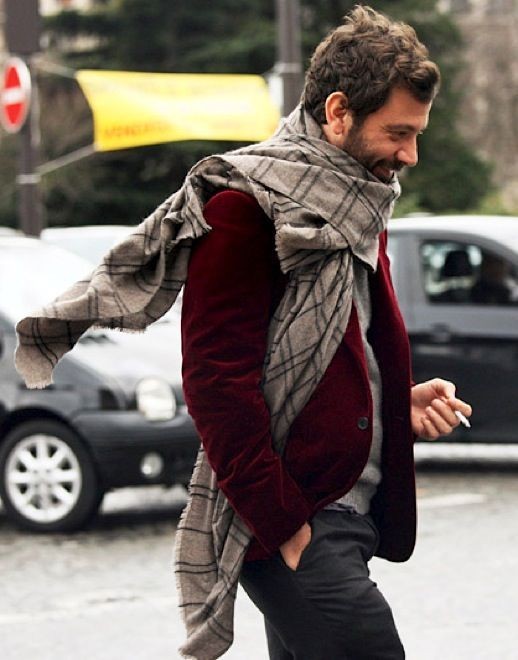 This article is part of our Fall Style Diary series. For eight weeks in the fall/winter season, His Style Diary will be offering some nifty advice on how to best seize the final trimester of 2015. Our focus is, of course, style – the colors and fabrics to wear this season, must-have fall accessories, and even something for those who live in the tropics but still wish to get into the mood of autumn.

Next week: Braving the Rain in Style. Stay tuned by following the tag “FSD2015″!

The post FSD#3: Who’s Afraid of the Scarf? appeared first on His Style Diary.

His Style Diary is a ‘blogazine’ devoted to men who share an interest in fashion & grooming topics. Read about street style, latest trend, style tips and great shopping finds from Asia and around the world.