One of the highlights of my Milan Fashion Week coverage...

Pinterest
Facebook
Twitter
Expand social
Gplus
Email
One of the highlights of my Milan Fashion Week coverage was the Emporio Armani show. Thanks to Facades Magazine I was able to score an invitation to one of the hottest shows in Milano! As expected, there were tons of front-row VIPs in attendance such as Aerosmith's Steven Tyler and Joe Perry. The international rockstars were literally sitting across me with the frantic paparazzi hovering around them before and after the show. Luckily, I was able to snap a couple of fan pics of Steven Tyler before I bounced the scene.
As for the Emporio Armani collection, I surprisingly enjoyed it. Giorgio Armani who is still presently in-charge of his growing empire even after four decades in the industry delivered a pretty good show. For this season, Armani played with geometric graphic prints in an almost exclusively monochromatic palette with hints of navy, olive and grey. The garments were generally cut close to the body venerating the masculine form. Armani wittingly mixed contrasting matte and shiny tech fabrics to create strong wearable ensembles. In my opinion, the trippy grid-like print tops was the highlight of the show. Many spectators including myself got into a trance while fondly gazing at Armani's psychedelic irregular linear print creations. Indeed, Armani still has it. And yes there is no slowing down the Italian maestro that is Giorgio Armani! 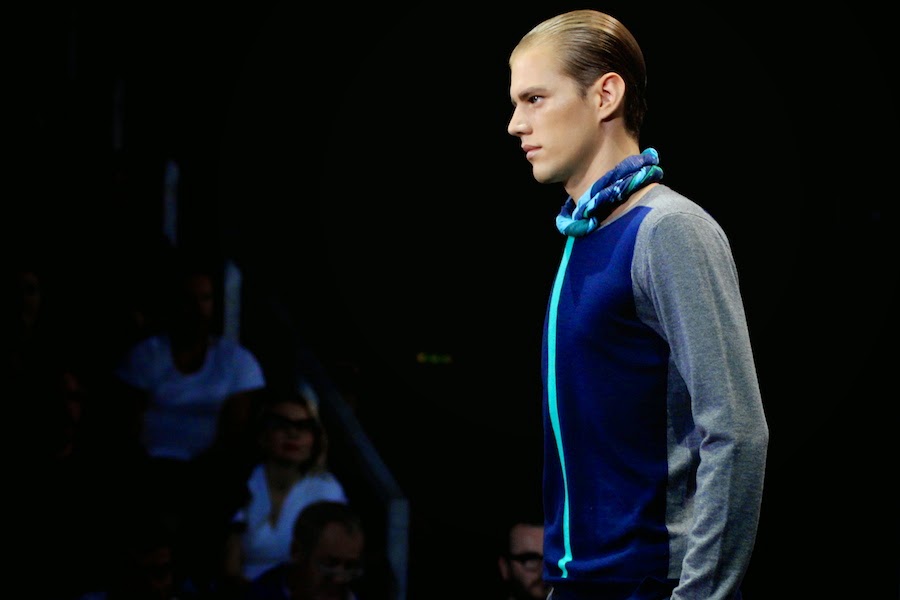 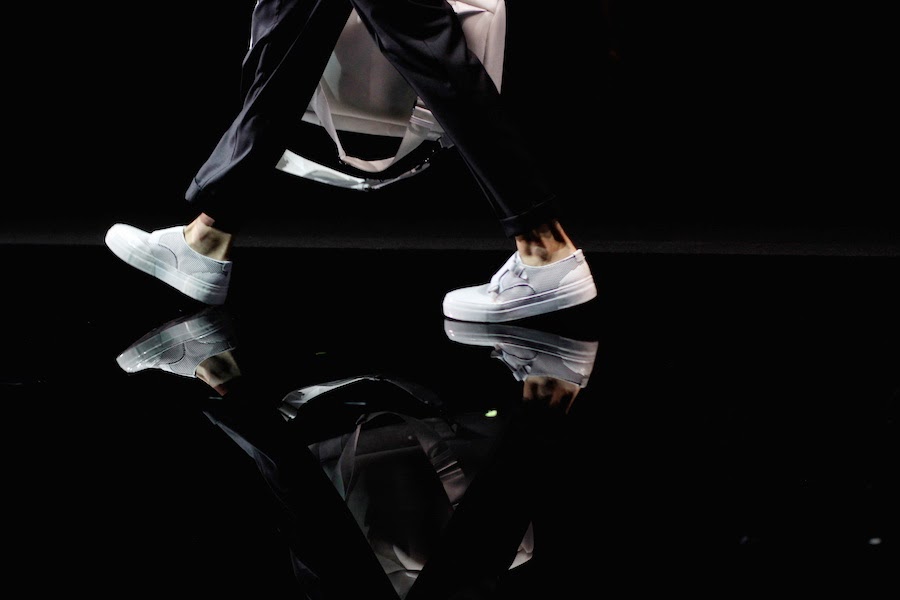 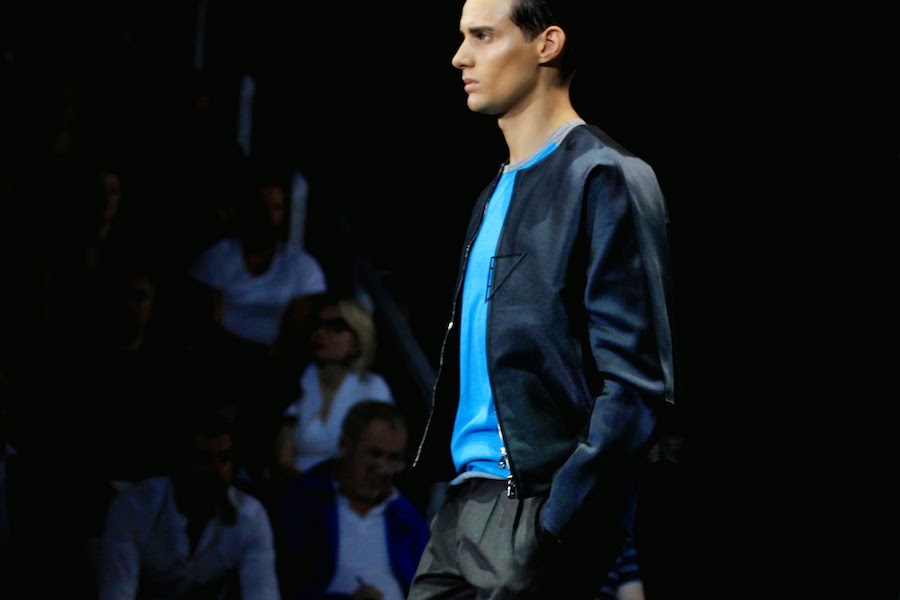 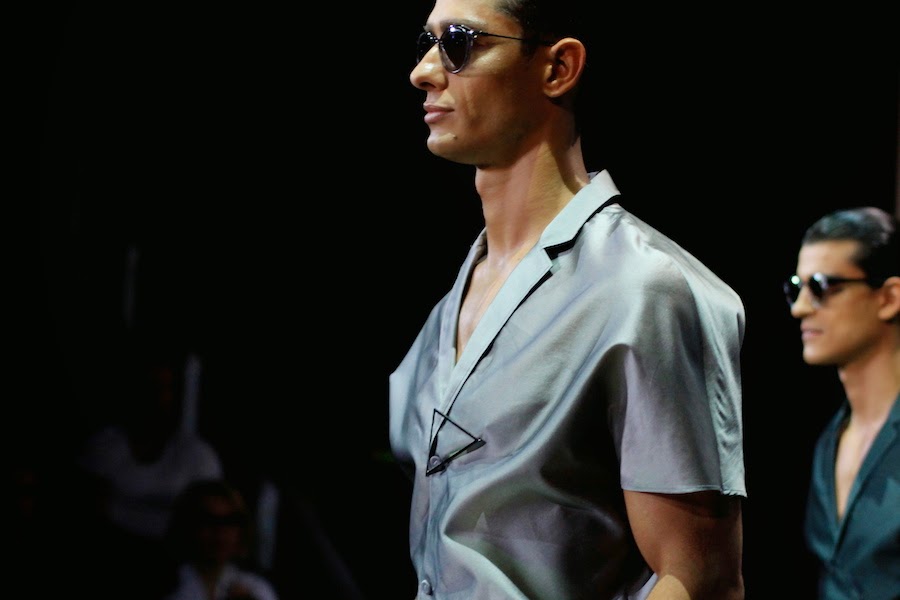 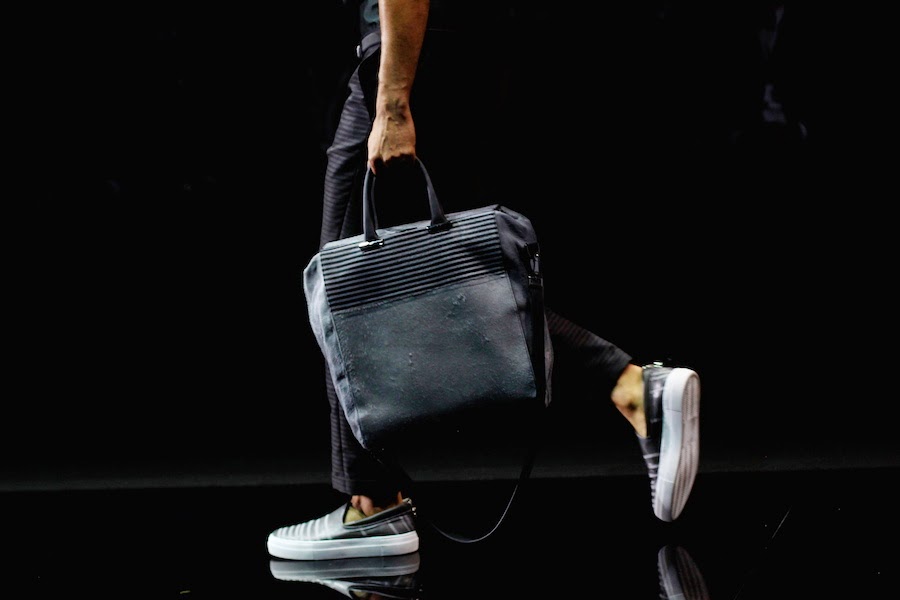 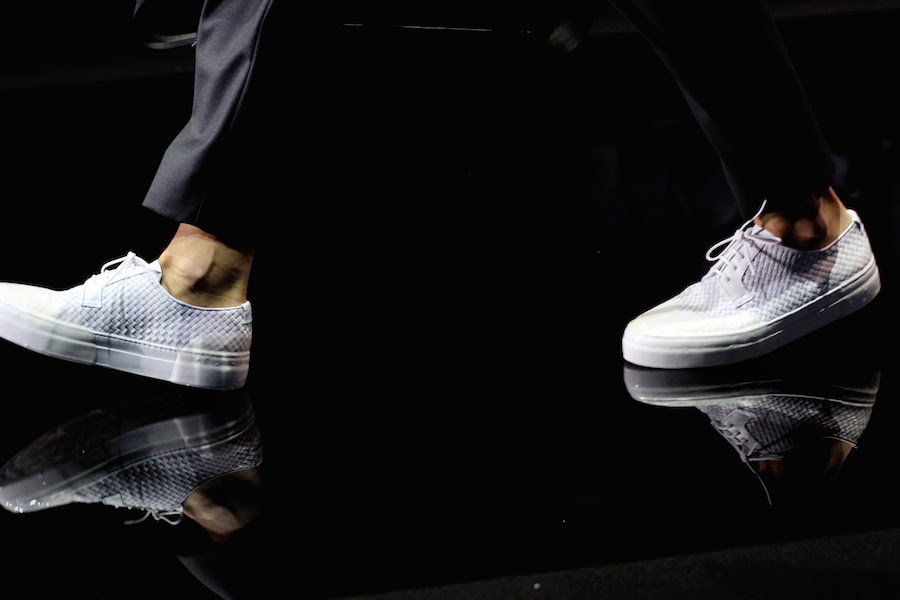 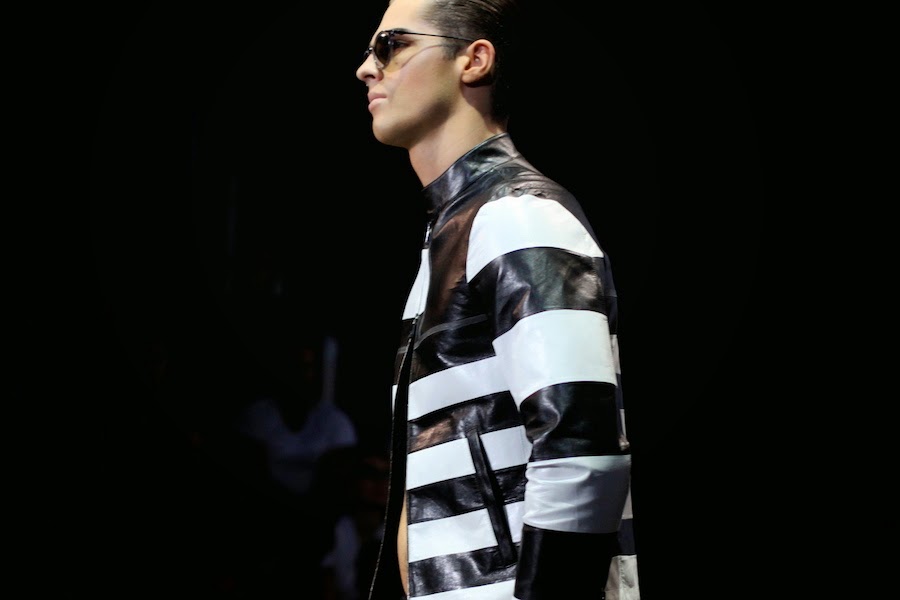 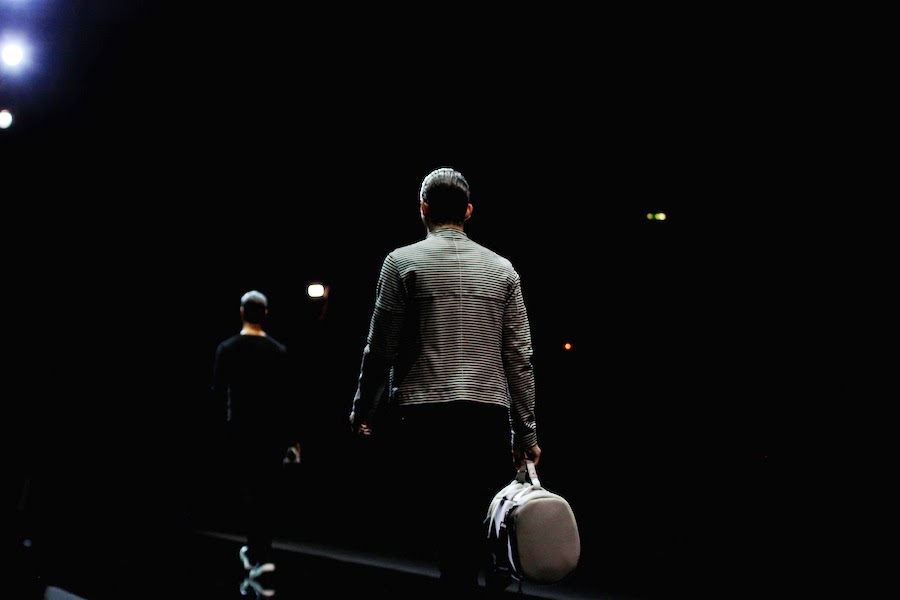 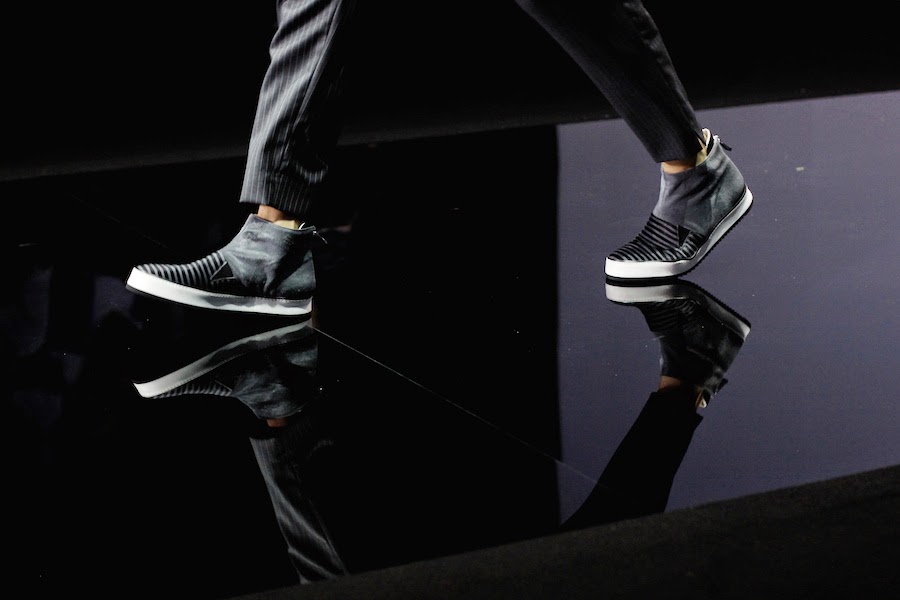 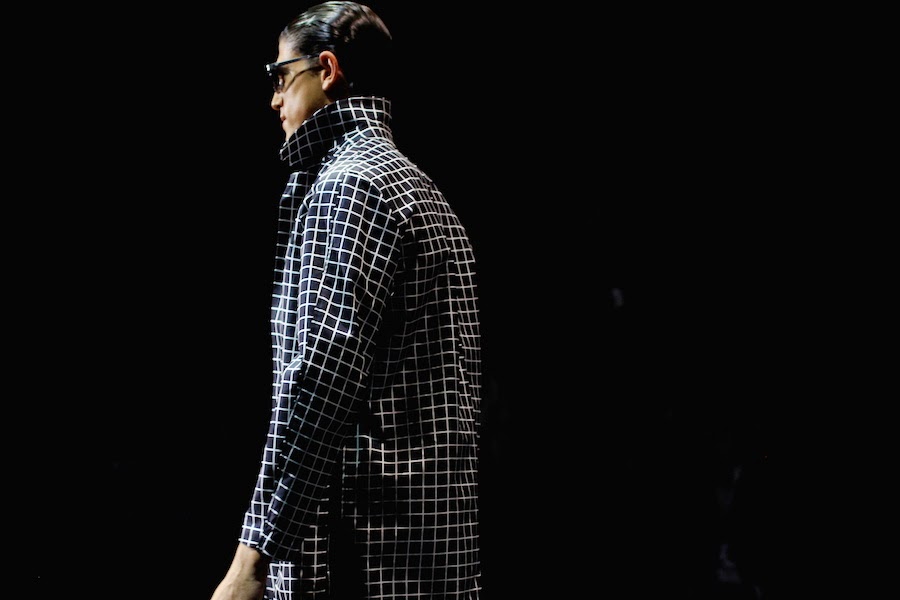 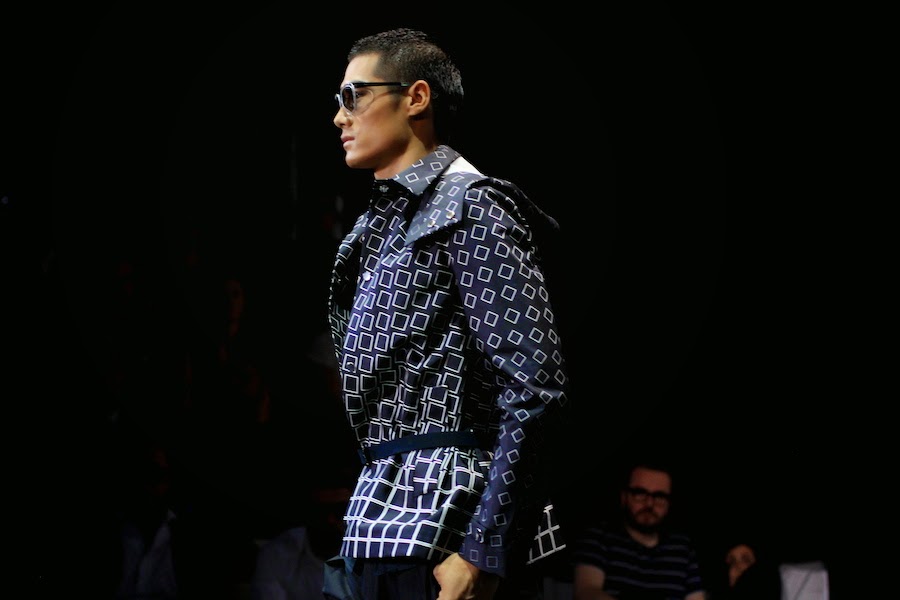 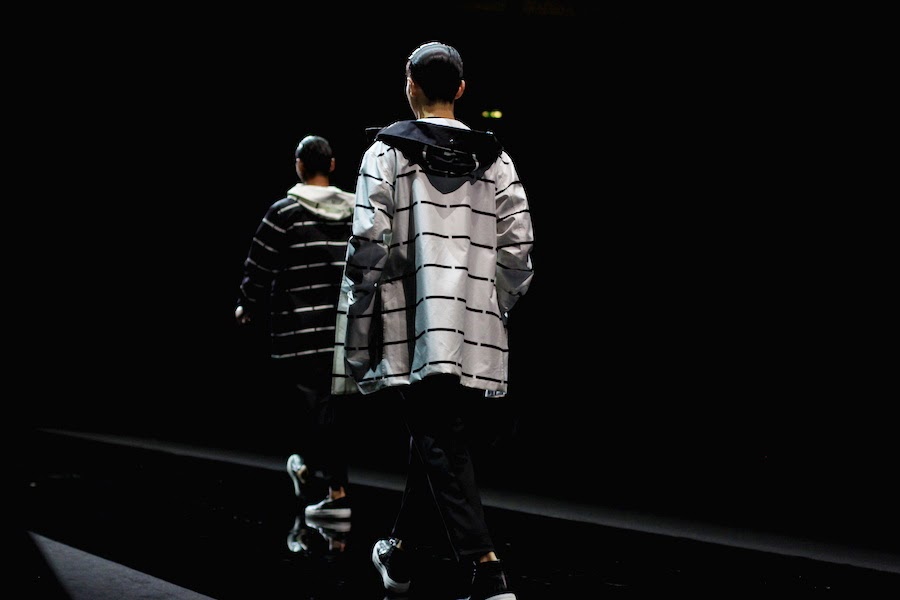 For more info check out www.armani.com.

Jponfashionspeed is an alternative menswear blog promoting up-and-coming designers and street-style fashion from today's leading fashion capitals. Get high with me via www.jponfashionspeed.com. Also, follow jponfashionspeed on instagram!