Do it Yourself : Band Collar Shirts

Why Band Collars? Band collar shirts, which are shirts with...

Band collar shirts, which are shirts with no real collar, are enjoying a movement in menswear at the moment. They have been featured on countless menswear publications, blogs and captured on many style conscious men via street style photos during men’s fashion weeks in New York, Paris, London & Milan this summer. So why are so many of us pushing band collar shirts? It’s pretty simple; they’re a versatile piece that works whether you’re into streetwear or into the more sartorial side of menswear. The band collar is kind of like the bridge between the two worlds. Here Are a Few Examples of Some of Menswear Best wearing the Band Collar 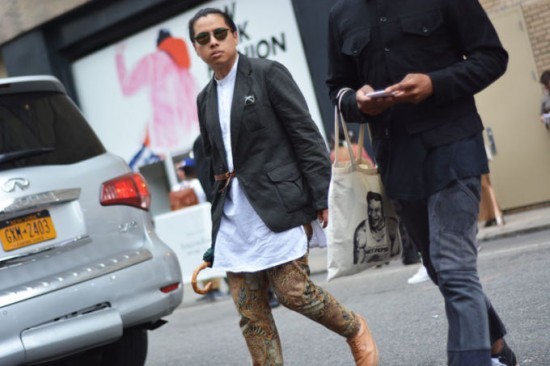 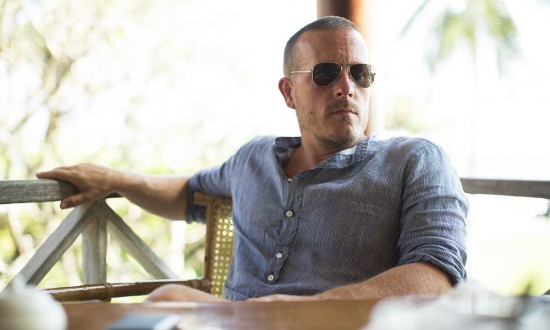 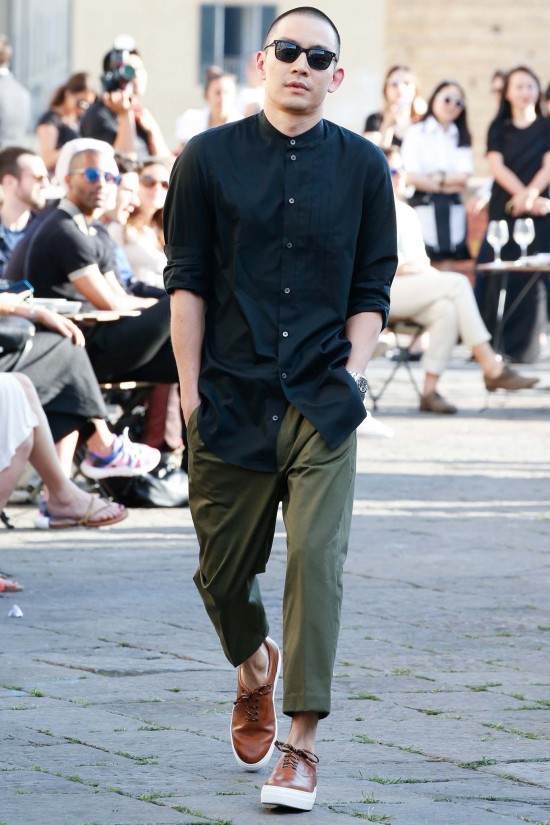 The shirts are the very definition of versatility. They can be worn underneath a blazer, suit jacket or on their own with jeans, joggers, sneakers or any footwear. The shirts are definitely appropriate for the summer time, but I can’t see why they can’t be transitioned into fall/winter (with some proper layering of course).

Now that we established why you should be investing in a band collar shirts, it’s normally the time where I hyperlink a few band collar shirts which I feel are reasonably priced and generally a good buy. This would be the standard procedure until I stumbled upon a DIY video on how to make your own band collars with an old shirt. I dug around and found some old Club Monaco shirts in my closet and attempted to make own band collar shirt. The end result was a success! What once was a Club Monaco shirt with flimsy collars that hid in my closet for years was now a brand new-ish band collar shirt. It’s quite rewarding when there is an opportunity to recycle something that was about to be thrown out or donated and transform into something new and trendy.. I’m no DIY expert and I was never good at arts and crafts, but even I managed not to screw it up. So if you have some old shirts in the closet that are laying to waste, inject some life into them by removing the collars. Here’s how. 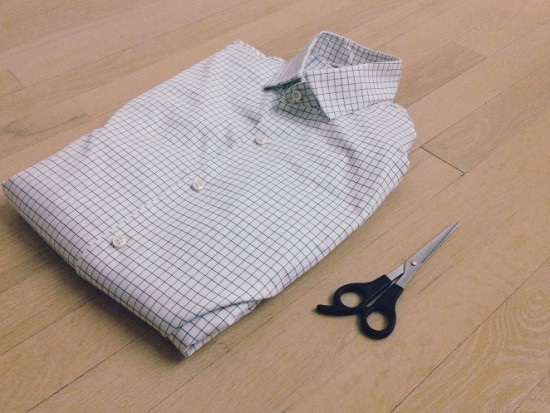 Take your shirt and flip the collar up, and find the top collar seam. It’s the seam that attaches the collar from the shirt. 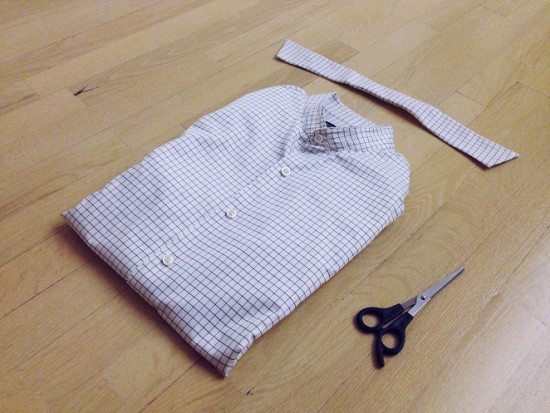 Using a sharp pair of scissors, cut along the top collar seam removing the collar from the rest of the shirt.

If there is any fraying from the collar, you want to make the shirt more clean by using a pair of tweezers to pluck out the excess fabric. 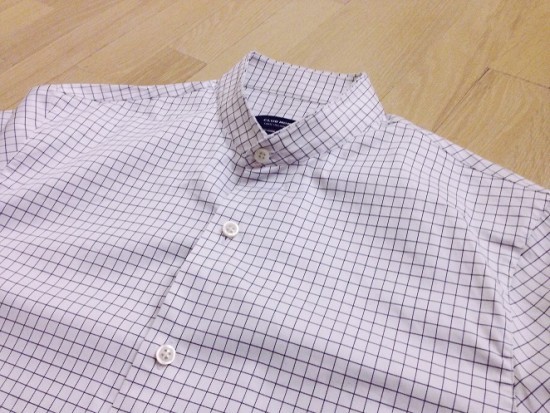 The post Do it Yourself : Band Collar Shirts appeared first on Speaking Of Style.