Widely known for its tranquil and beautiful suburbs, Melbourne (Victoria,... 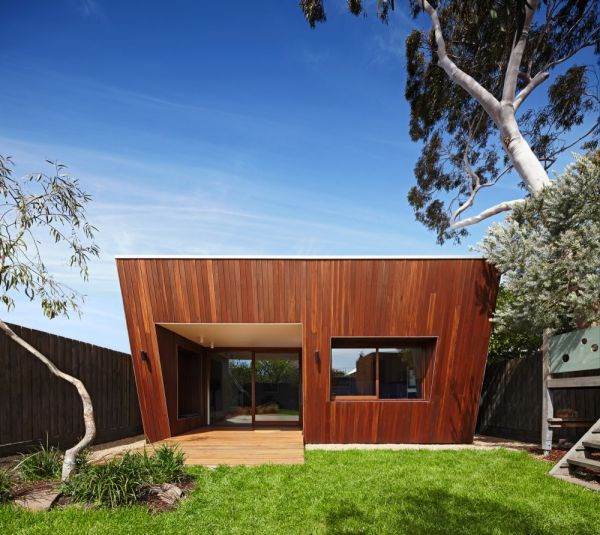 Widely known for its tranquil and beautiful suburbs, Melbourne (Victoria, Australia) is an inexhaustible source of architectural inspiration. From modern to fully traditional venues, the city keeps expanding its boundaries, enriching the landscape of the suburbs. We’ve stumbled upon  Thornbury House, a traditional dwelling with a contemporary extension. The owners, a family who lives in an area with many early century homes, decided to keep some of the old features of the house while adding also a feel of contemporary. Modern aesthetic became an important issue, so, in order to obtain a harmonic blend of old and new, an architectural firm was contacted. Mesh Design, in lead with the project, executed the house’s extension.

Defined by functionality, the new addition was designed with sustainability in mind (using many principles of passive solar design). The exterior, entirely wrapped in timber, looks very natural and coquette.“The north facing design encompasses the kitchen as the hub, with a large island bench plus more formal dining area and has copious natural light. The living area to the east protected from the sun and the play area for our small children with a recessed fish tank in the wall surrounded by hidden storage cupboards.”

Design and Modern Architecture - this is the definition of Freshome. The best place to be inspired and take your creativity to the next level.

Japan, home to nearly a 10th of the world population, has long been praised as a powerhouse for scientific and...