I had a really interesting conversation with a friend the...

Pinterest
Facebook
Twitter
Expand social
Gplus
Email
I had a really interesting conversation with a friend the other day. We talked about how tailored, business, formal, or basically any 'suited' style can actually be easier than dressing casually - at least for a guy who wants to put some effort into dressing well anyway. Why's that?
When you put on a suit, or even a blazer with a shirt and tie, you are automatically presented with a set of garments and accessories, and forced to match them appropriately. Every time, you'll have you shirt, slacks and jacket, and then your tie and pocket square. It does take effort, it does take savvy to do it right, but the blueprint is there for you already.
When you dress casually, however, there is a lot more room to maneuver, which actually presents some more complicated issues. On one hand, it's easy to just resort to jeans and a tee - and not be wrong. The right jeans and tee combo can look even better than the most 'sprezzy' tailored fit. However, when you try to go above the basics, that blueprint you had with your tailored clothes, just isn't there. What's your first step? A graphic tee? Some mirrored shades? Stacked bracelets? When do you stop?
Anyway, the point of the issue is, it actually has taken me a lot longer to delve into stylish casual clothing than it did to dive into sharp, preppy tailored pieces. Now that I have the confidence in my style tastes and judgment to do so, I'm enjoying the hell out of it. Hopefully I'll have some interesting looks to share soon. Meanwhile, here are some casual trends I've really been hooked on, as well as picks so you can snag em yourself without breaking the bank:
Lightweight Bombers: Never really were out of style, but they really seem to be all the rage these days. They can sometimes be pretty damn pricey, but at the same time, it’s becoming easier and easier to find affordable options that have some of the same details and styling as high end, luxury goods.

Jogger Pants: Chinos meet streetwear with these cuffed trousers. Maybe hard to pull off in anything close to a tailored or business casual occasion, but they add some edge (without losing the class) to a more casual, off-duty look. And you know what? I could see them with a more relaxed blazer, too.

Chore Coats: This classic workwear piece has seen a surge in popularity, probably in large part due to the popularity of visvim and other high end Japanese denim brands that pull from classic Americana styles. Another one that’s often very expensive, Uniqlo is finally offering a pretty stylish and darn affordable piece. 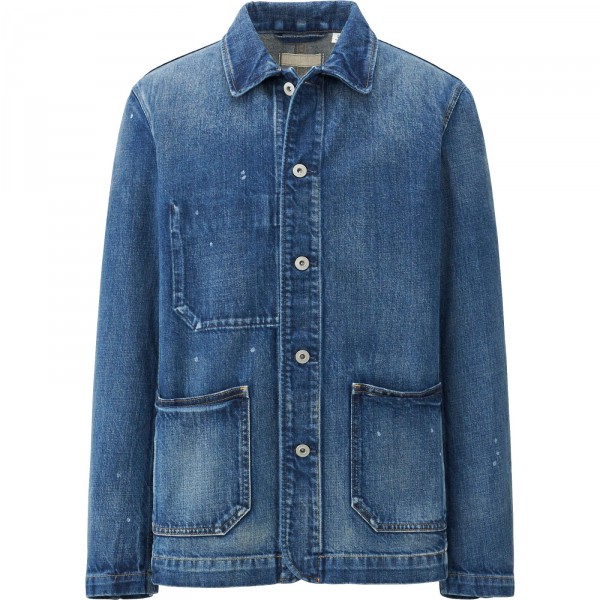 Denim Work Jacket | Pure Blue x Uniqlo - $80
Land’s End also has this one, which I just wish was denim rather than terry: 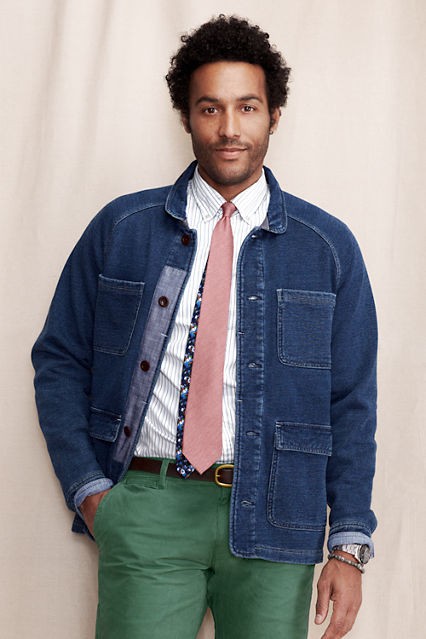 French Terry Chore Coat | Land's End Canvas - $128 ($40 at time of posting)
Bold Printed Shirts: Another trend that has admittedly been around for a while now. To be honest, I thought most of the earlier, affordable iterations were just, kinda, poorly designed. Something about them just made it instantly clear that they were not the designer pieces that they were supposed to resemble. These days, however, there are a bunch of budget-friendly brands really doing it right. 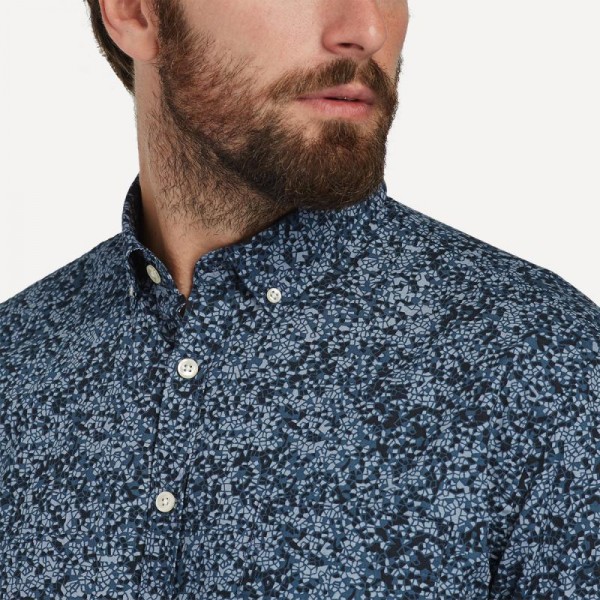 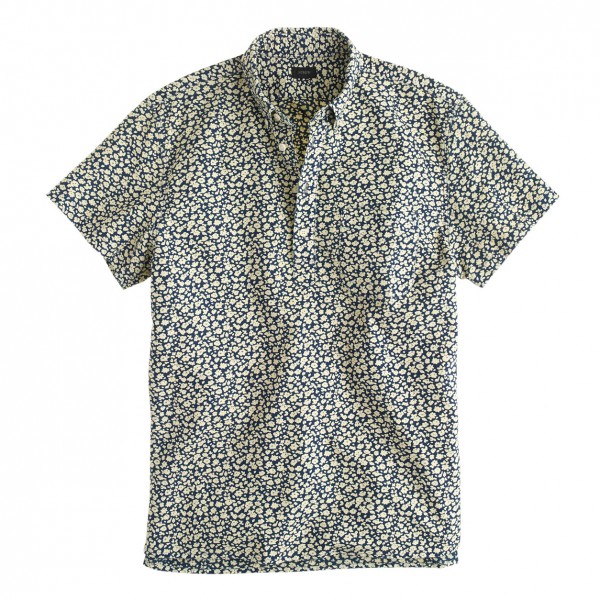 Short-Sleeve Popover in Reverse-Printed Floral | J.Crew - $80 ($50 at time of posting)Clear-frame (or translucent) Sunglasses: I keep seeing these pop up and love them, but the first pair I really drooled over was a crazy expensive pair by Garrett Leight. I’ve since found them on sale a few times, but never in my price range. Searching for cheaper options has largely been a bust, but recently I found a few that I really dig (for the record, I ended up settling on the American Optical pair via eBay, and love them, although the ‘smoke grey’ frames are a bit darker than I’d ideally like). 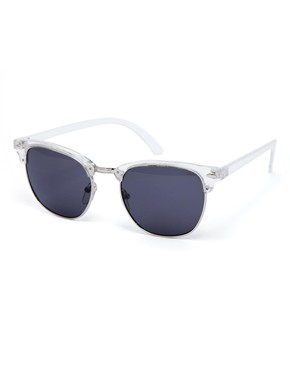 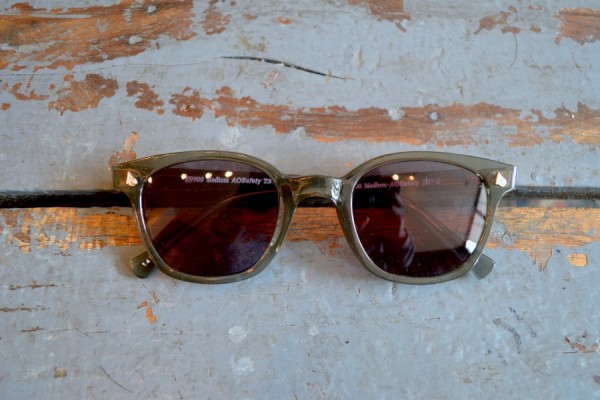 Safety Glasses | American Optical via eBay (~$35) or Independence ($70) Black Waxed/Coated Jeans: This is maaaybe the first mark NYC is making on my style - the edgier, kinda rocker look is much bigger here than in Chicago. Also, not working at a law firm any more is giving me the opportunity to explore my casual tastes more, and has me interested in trying moves along these lines. Just avoid anything too shiny, or it’ll look like leather...tooo rock and roll, man. Those H&M numbers might be pushing it, gotta check em out in person. 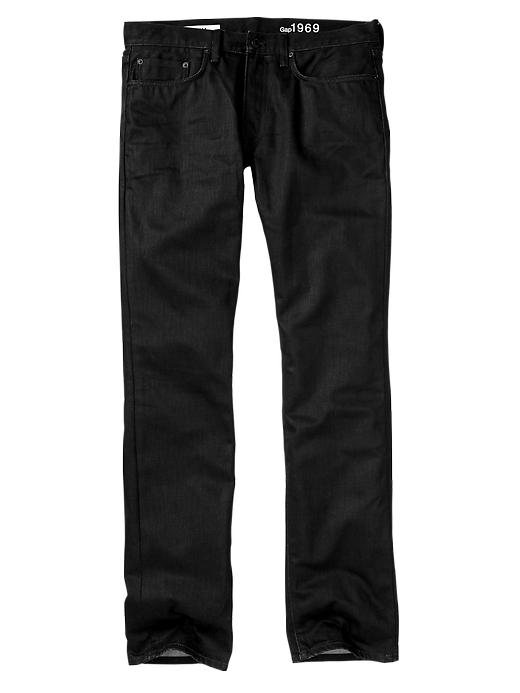 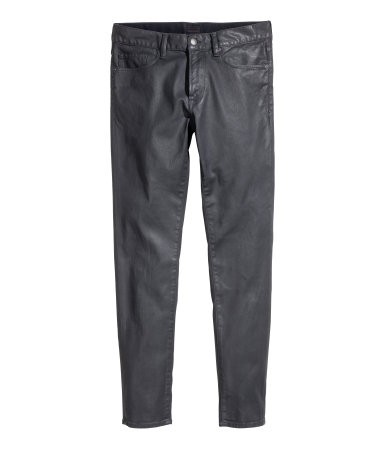 Waxed Jeans | H&M - $50
OK, I'll leave it at that, but this is one where I'd really love to hear your input - both as to the original discussion at the beginning of the article, as well as any casual trends you have your eye on. Share below!
1 like

I started my men's style blog in the beginning of 2013 to document and facilitate my own sartorial evolution. I've stuck with it and still love to dish out budget-friendly style advice and inspiration!

Summer is just around the corner and it’s time to start thinking about great summer style. No matter the season,...