If your looking to add a little Camo to your... 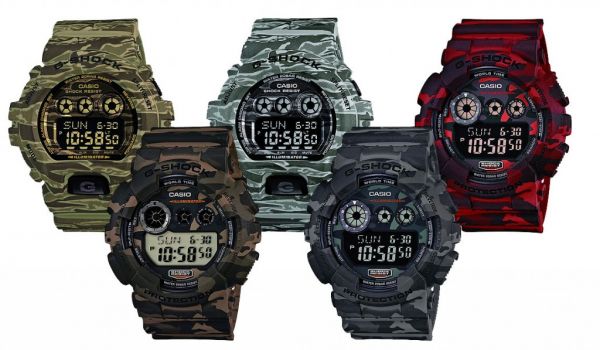 If your looking to add a little Camo to your everyday carry, you need to check out the new Casio G-Shock Camo Watch Pack ($150-$175) being offered by End Clothing. The Pack features Casio’s X6900CM and 120CM models in Tiger Camo Green & Grey, and Forest Camo Red & Green respectively. Both models feature a 5 second countdown auto-start with 24 hour countdown, water resistance to 200m, world time with 29 time zones, alarm with snooze, and an LED backlight with afterglow.

Muted.com was started in January of 2013. It is dedicated to the best in mens fashion and lifestyle products.

GIVEAWAY: YOU CAN WIN THIS G-SHOCK X EMINEM WATCH! One more time, Fashiongentrix.com teamed up with G-Shock EU and FreshComms...