Hi folks! So here, I went with a really dressed...

Hi folks! So here, I went with a really dressed down / casual approach. The photos were taken downtown, near Soho for my final shoot with Jonathan Ct. Besides the watch, I really love the Stutterheim Inferno Camo raincoat. The Inferno coat is handmade in a single waxed cotton fabric that is made in the British Midlands, designed in Stockholm and assembled in Europe. It has everything you need for an early crisp spring day, those light urban showers or the countryside drizzle.

Raincoast by Stutterheim, Boots by Rainman, Watch by Jonathan Ct. 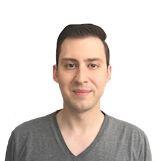 A guide for men who want to live a more stylish & rewarding life.

We made a turn around a corner and I saw this wall – location, check. It happened to really work with the red of my pants, and the casual look I had going on anyway, with a “subtle” arrow in the background pointing out where the rides are at .