In the introductory notes to his Spring/Summer 2014/15 menswear collection...

In the introductory notes to his Spring/Summer 2014/15 menswear collection that he showed on the last day of the latest edition of São Paulo Fashion Week on 4 April 2014, Brazilian designer Alexandre Herchcovitch declared that he had found inspiration for his creations in the looks of the preachers and believers of the Nazareth Baptist Church, an African religion that combines Zulu traditions with Christianity, also known as Shembe Church (after Isaiah Shembe, who founded the movement in South Africa in 1910).


After the runway show, and during a short backstage interview, Herchcovitch confirmed that this was his inspiration and that he had started developing the collection approximately 10 months before. Coincidentally, that was the time when an exhibition of photographs by South African portraitist Zwelethu Mthethwa was on display at the Jack Shainman Gallery in New York City, depicting young Zulu men wearing kilts and ornate shirts while attending public celebrations of the Nazareth Baptist Church. The exhibition was at the time largely ignored by the mainstream press, with the exception of the website coolhunting.com and an article by Linda Yablonsky in the New York Times drawing attention to the topic, either of which might have also contributed some inspiration to Herchcovitch’s latest menswear collection.

In fact, in her review of Mthethwa’s exhibition published on 3 February 2013, Yablonsky used words that one could perfectly adopt to describe Herchcovitch’s Spring/Summer 2014/15 menswear range: “The kilts, combined with white, fringed-hem blouses, long emerald-green ribbon ties, soccer-player knee-highs, steel-tipped boots and fluffy pompom headbands, are customary male drag for the monthlong ceremonial retreats that the Nazareth Baptist Church, or Shembe, stages twice a year near Durban, Mthethwa’s hometown. The kilts, for example, recall 19th-century Scottish immigrants to South Africa, while the pith helmets on some of the men, along with the uniform soccer socks, are a nod to former British rulers.”

If Mthethwa’s work might have served as inspiration for Herchcovitch, in a dramatic turn of events, his New York exhibition turned out to be the last time his name was mentioned untarnished and his work exhibited in public. On 5 May 2013, the artist was arrested for murder after having been allegedly filmed on closed circuit camera while beating 23-year-old Nokuphila Kumalo to death on a street of Cape Town. Mthethwa subsequently appeared in court but was granted bail.


In a strange and ironic way, added dark layers of twisted reality are not at odds with Herchcovitch’s command of fashion as a language that interprets reality and the world. His decision to use 29 male and female black models to show his menswear collection on the runway was clearly deliberate, as not only did they refer to his main inspiration but also alerted for the issue of racial bias in fashion and repositioned the debate on androgyny, in a gesture that combined homage, irreverence and a critical approach to pastiche.

The collection revealed an emphasis on textured fabrics and utilitarian sportswear that, for a few minutes, took viewers from the brightly illuminated runway onto the impoverished streets, open-air churches and sports fields (of either Brazil or South Africa) but, rather than remaining at an easy level of referentiality, it brought with it a vibrant and accomplished fashion.

The seemingly relaxed looks featured Herchcovitch’s characteristic sharp tailoring that more often than not includes a certain level of spirited deconstruction. Examples of this set of techniques could be found in the sleeveless double-breasted coats of variable lengths and patterns, the pleated pants rolled up to reveal the ankles, the cropped Scottish kilts worn over tailored trousers, the clean-cut angular collars, or the white shirts with applications of lace blocks. Delicate thin fabrics were treated with metallic or rubberised finishes to add depth, texture and contrast, and included leather, Tyvek, wool, denim, cotton, and embroidered linen in a colour palette comprising predominantly white, black, grey, blue, red, and silver, with the odd dash of yellow and emerald green, whereas patterning came in the form of large patchwork checks and pixelated plaids.

But, as Alexandre Herchcovitch has got his followers used to, fashion is more than what meets the eye and certainly more than the words chosen to describe a collection in introductory notes. During the end of the show run through and as the models paraded for one final display, a large number of conventional pieces could be identified past the styling and the statement pieces that initially impressed for runway effect, particularly in the form of tailored suits and shirting. And, just like that, Herchcovitch brought us back from the illusory streets, open-air churches and sports fields found in deprived parts of the word onto the formality of the runway, with an added demonstrated realisation of his very consummate menswear. 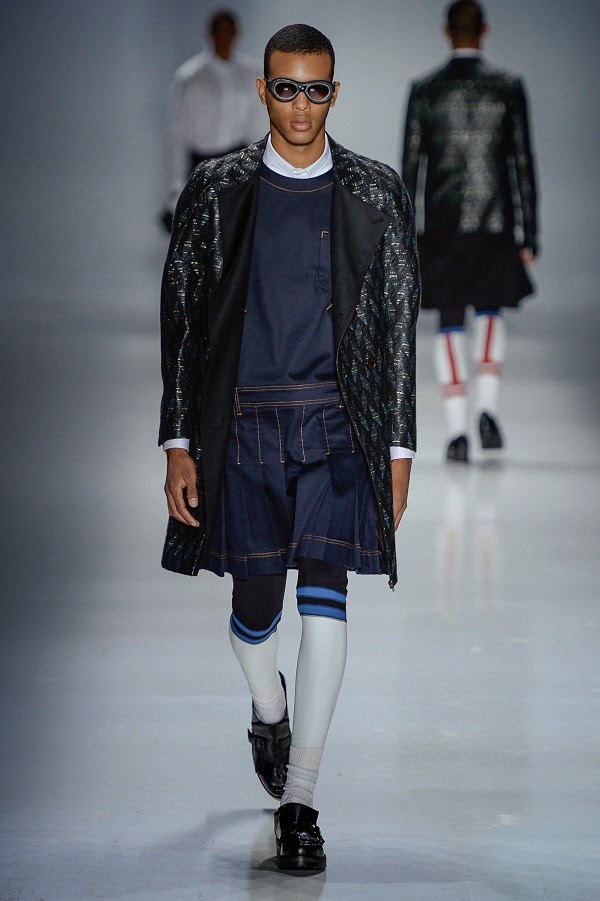 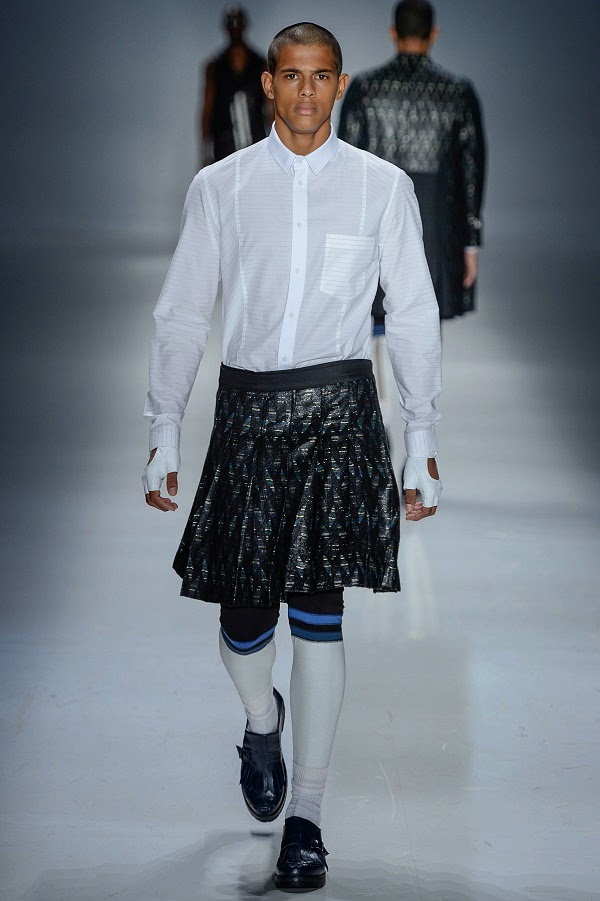 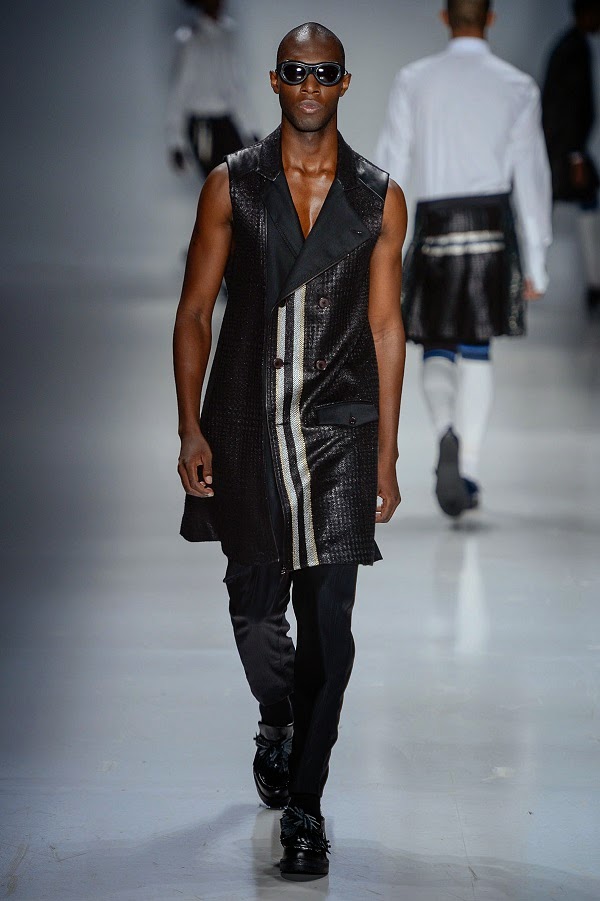 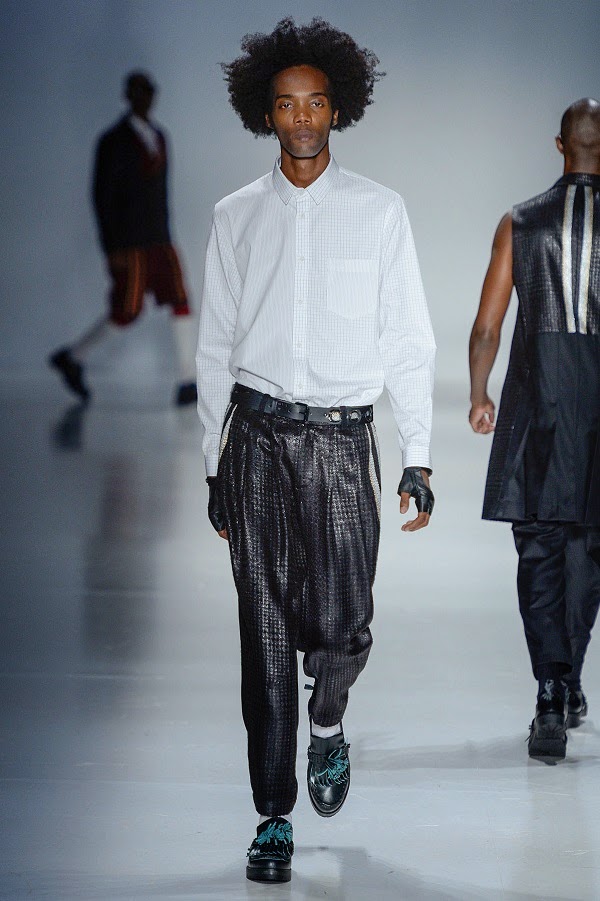 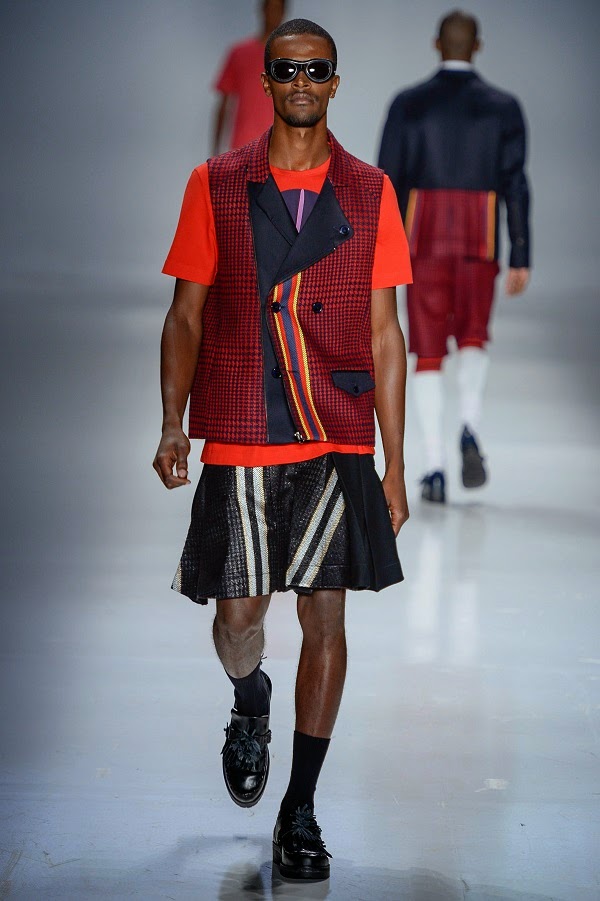 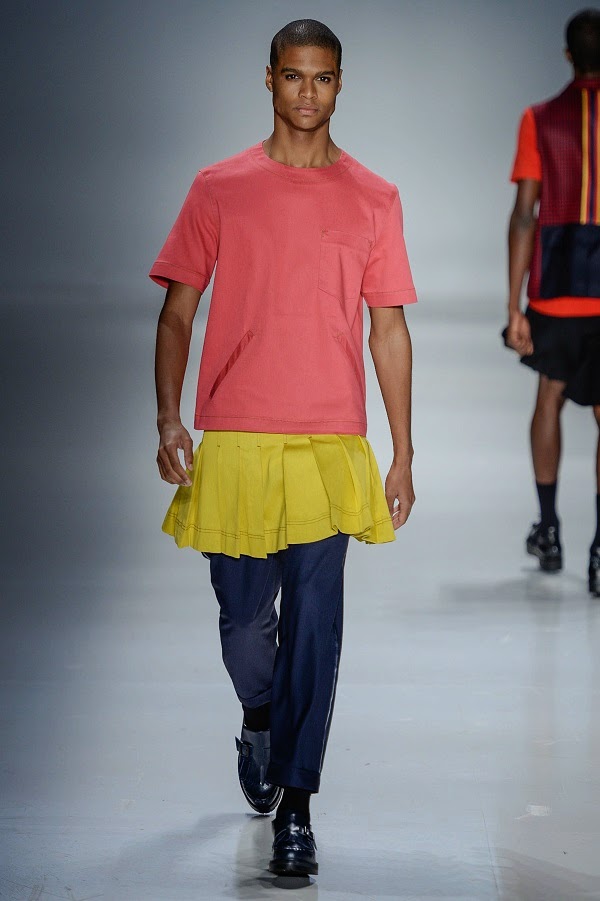 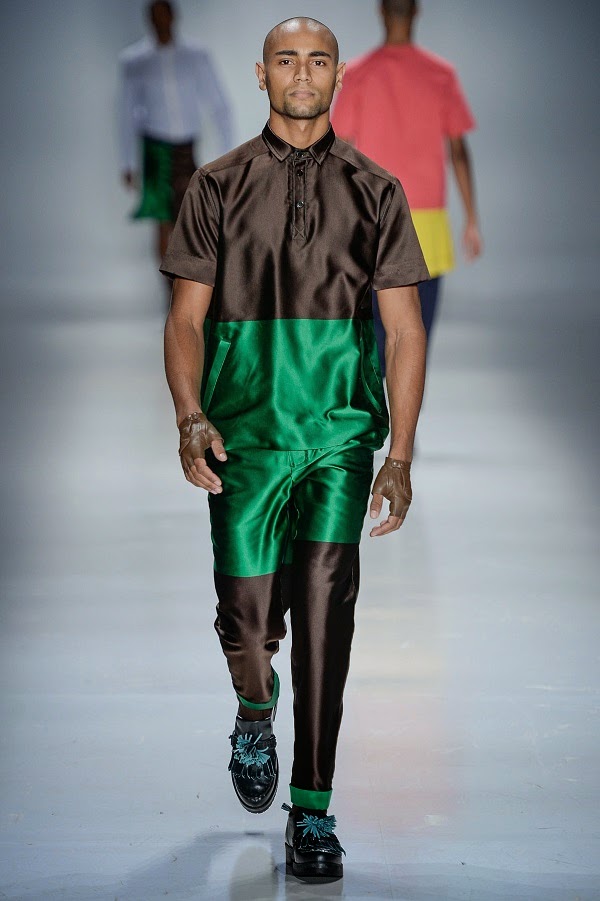 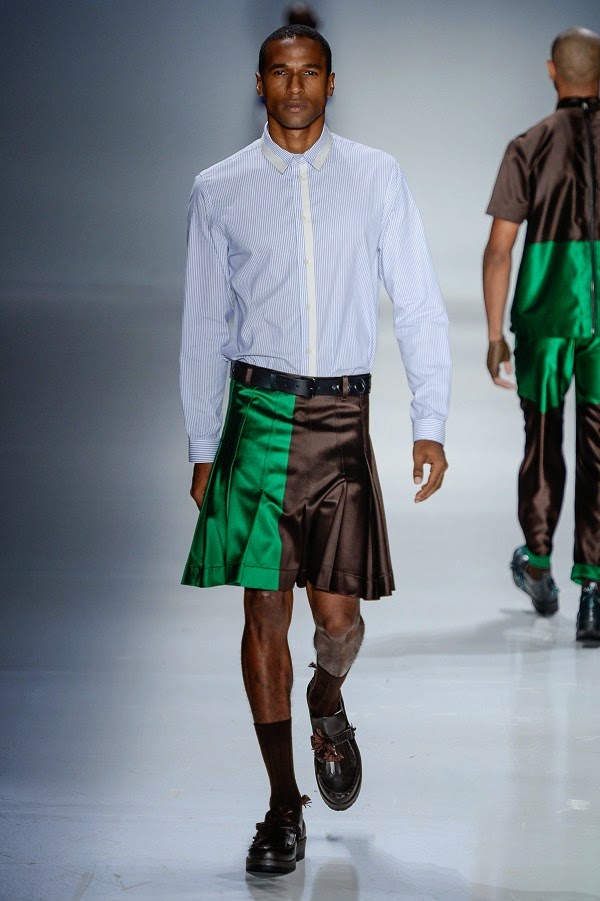 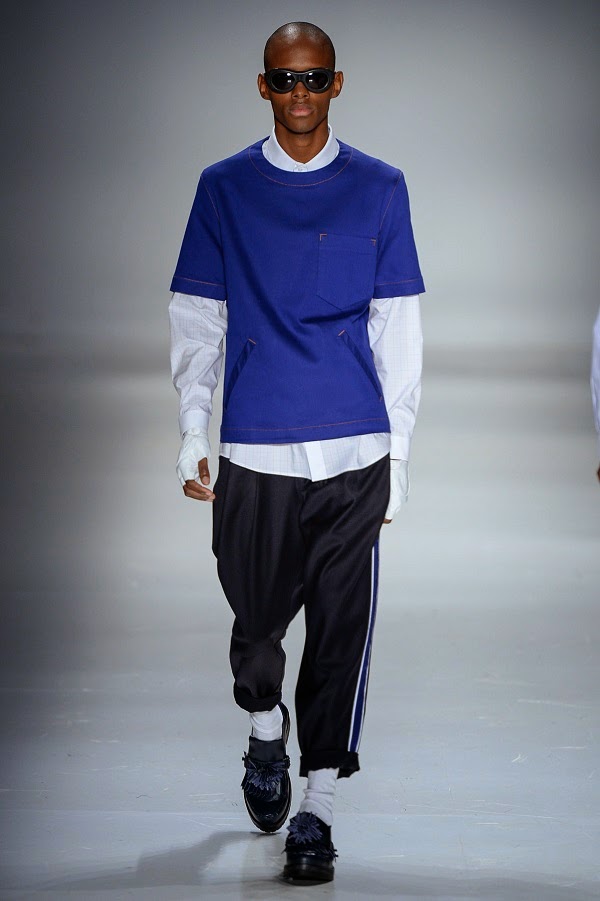 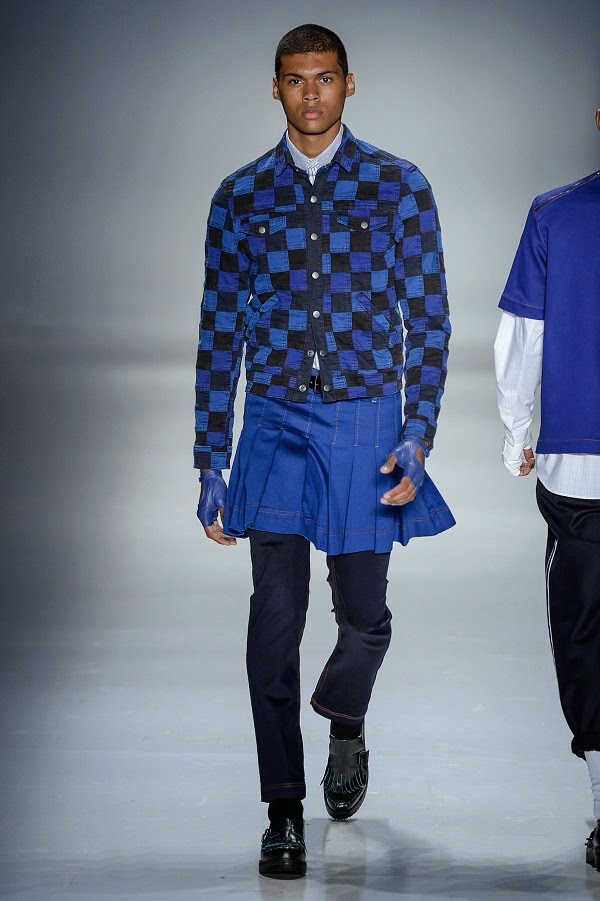 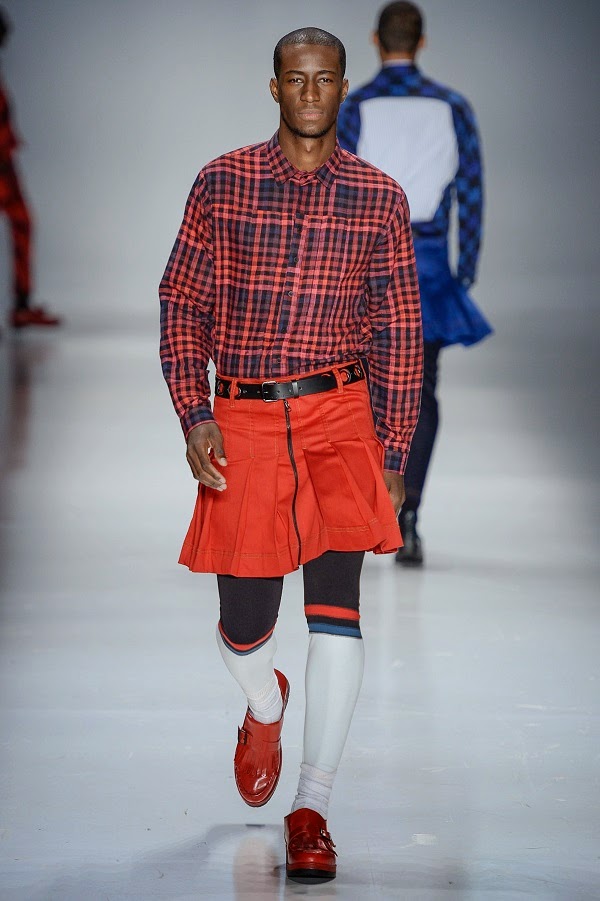 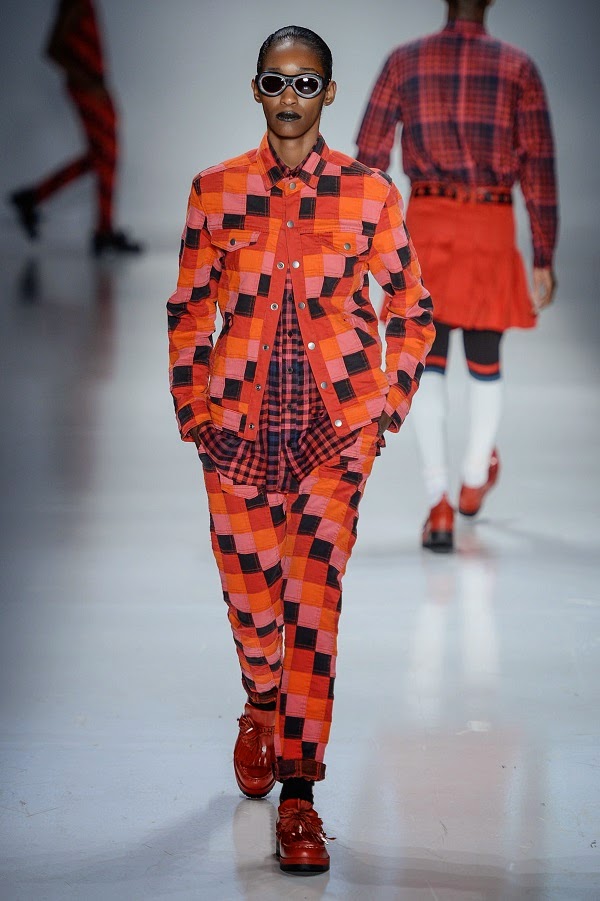 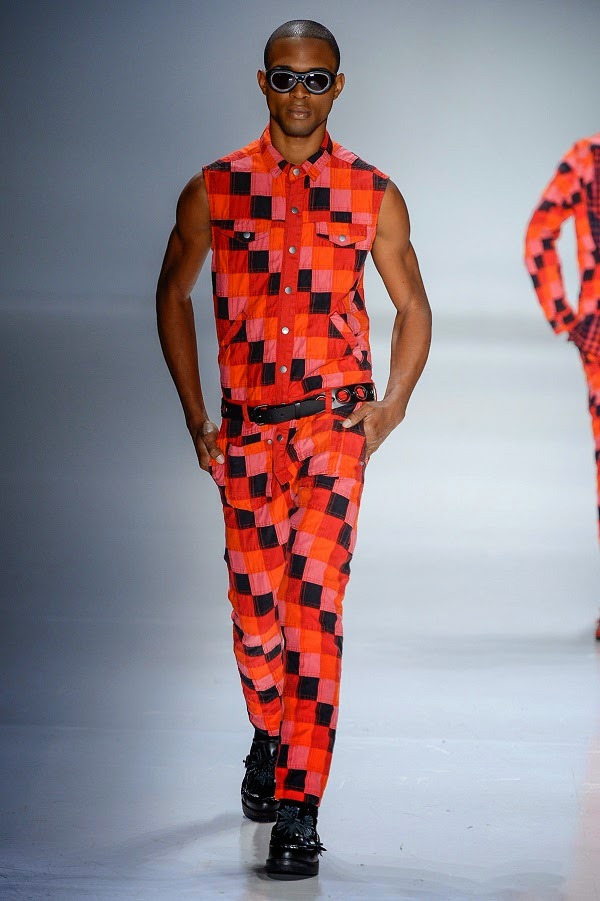 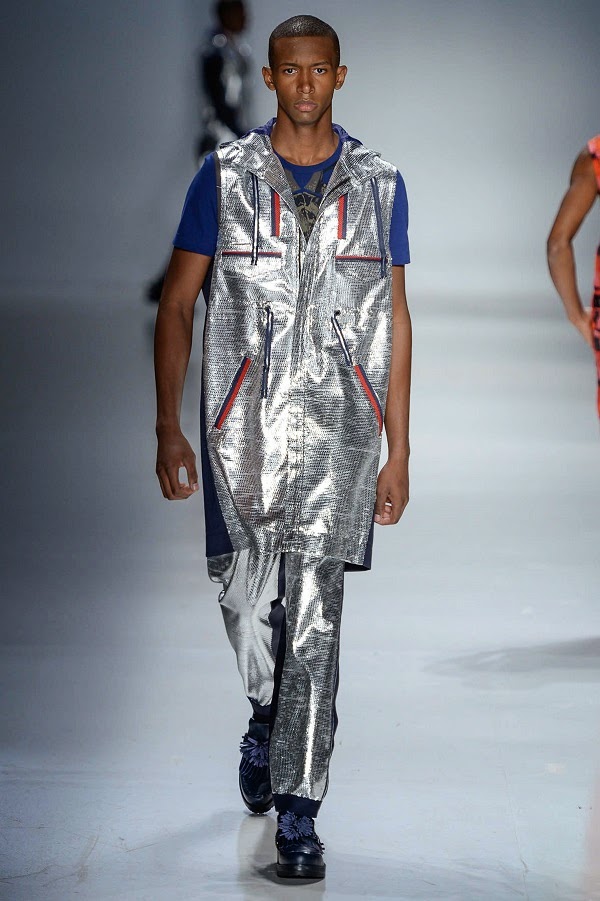 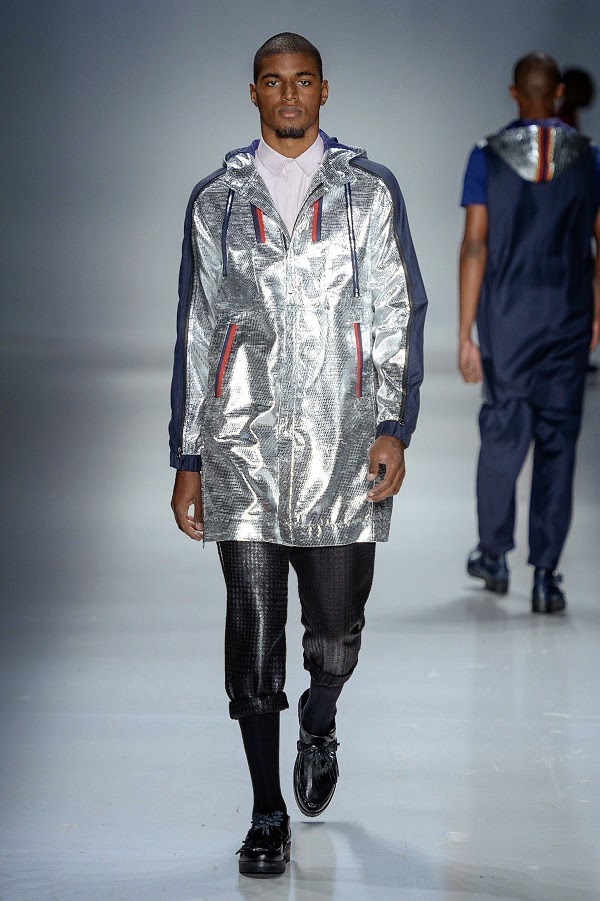 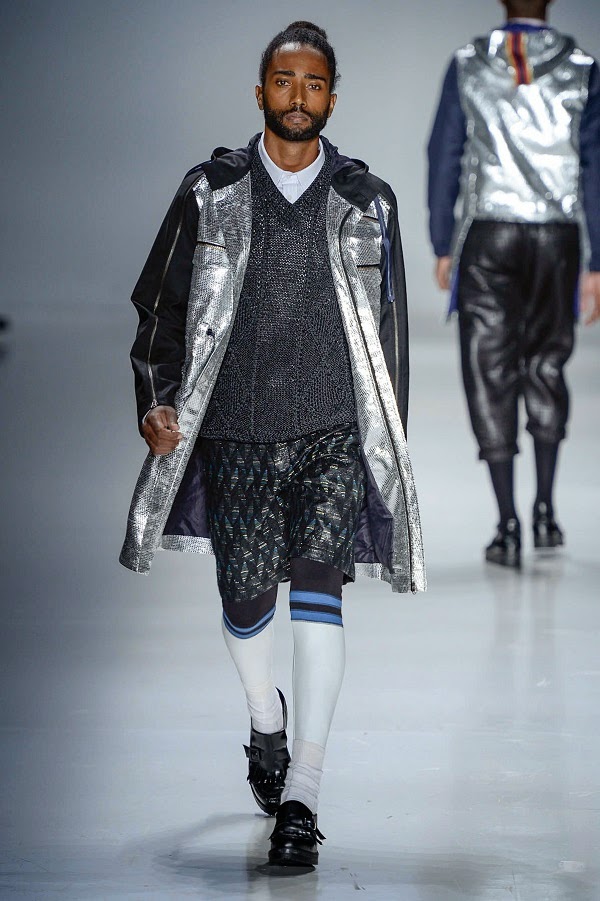 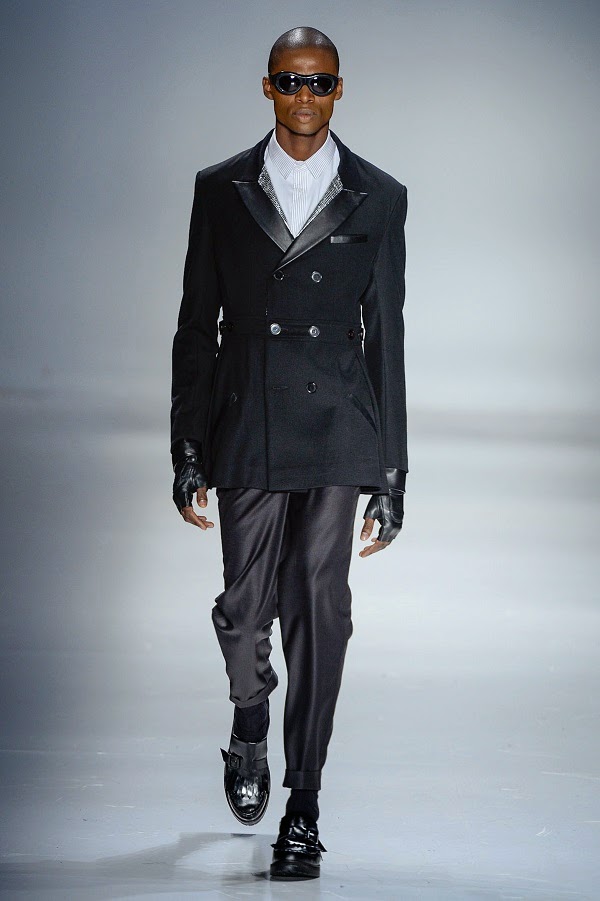 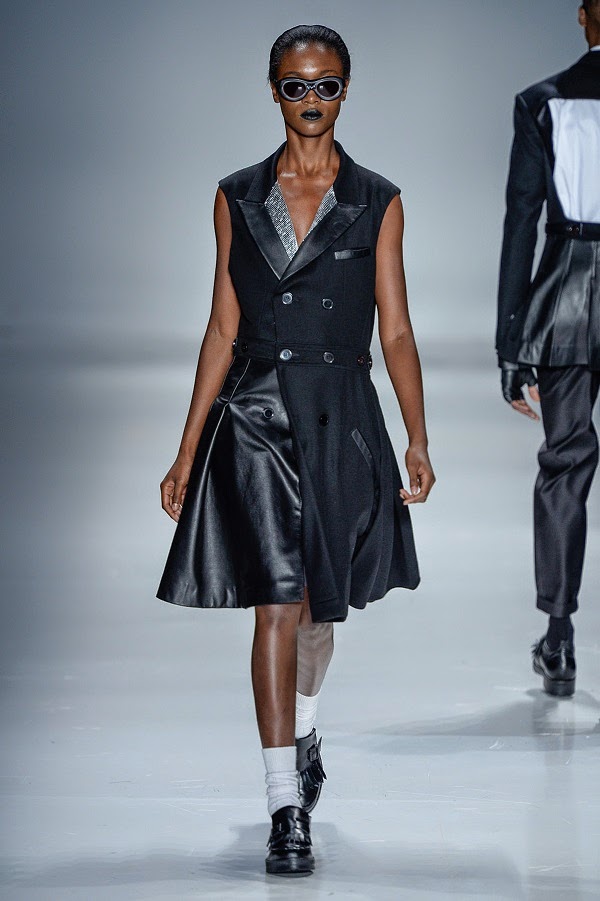 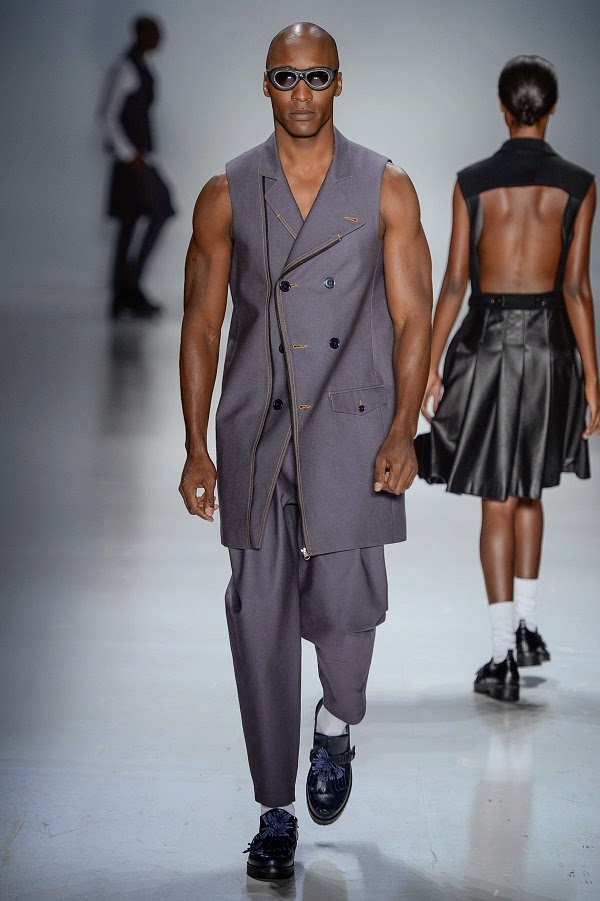 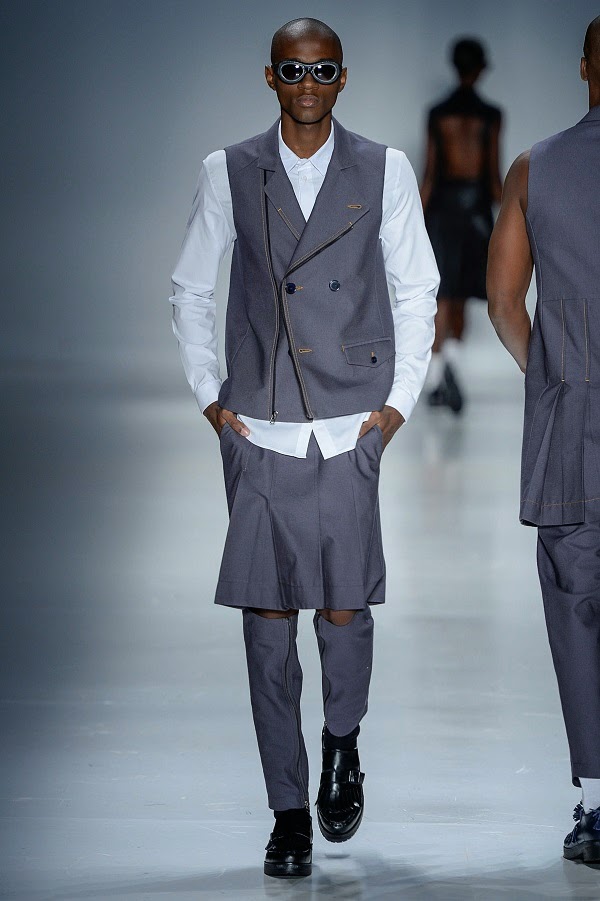 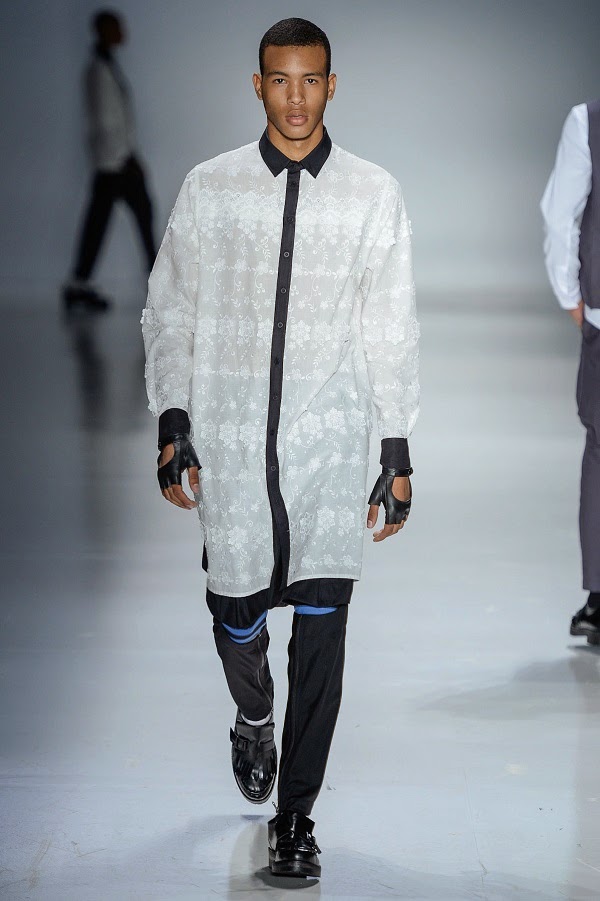 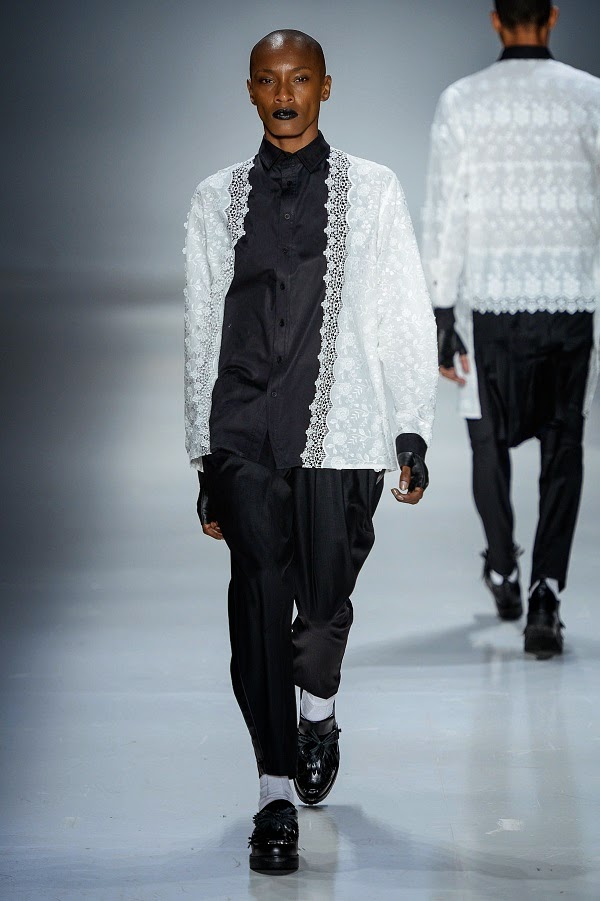 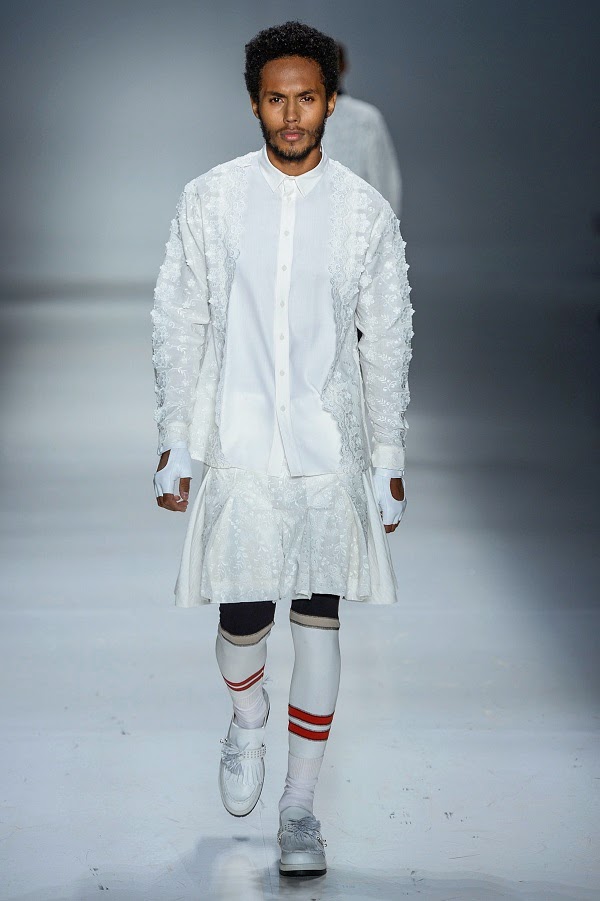 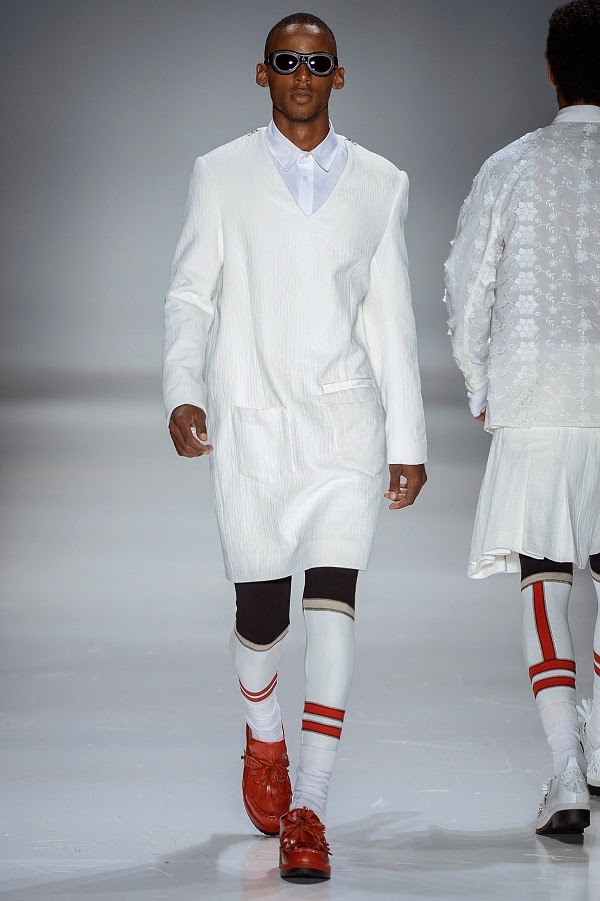 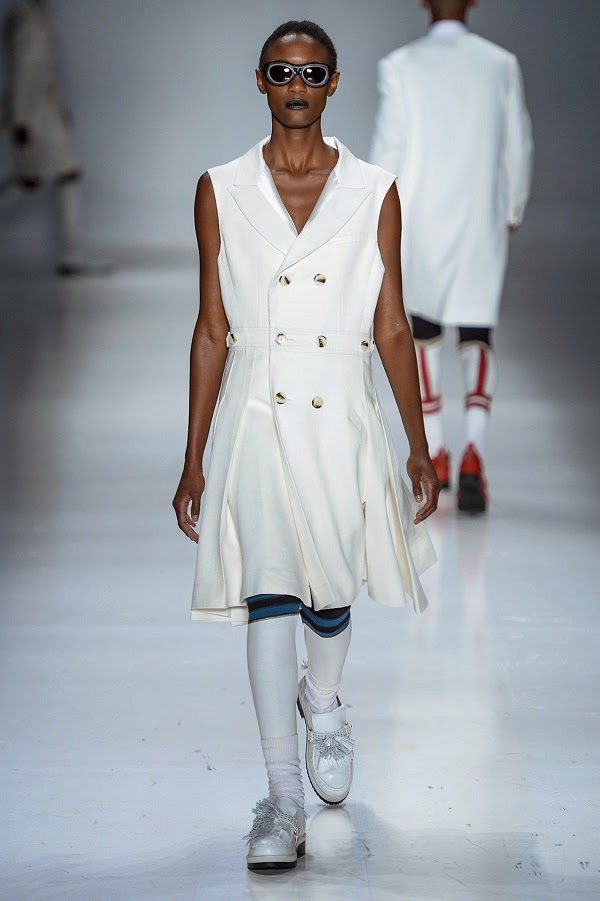 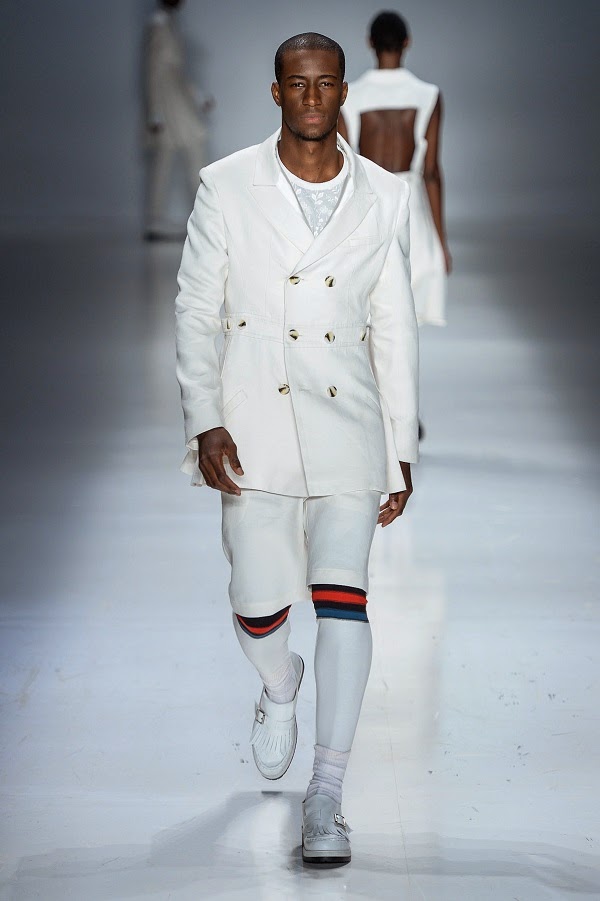 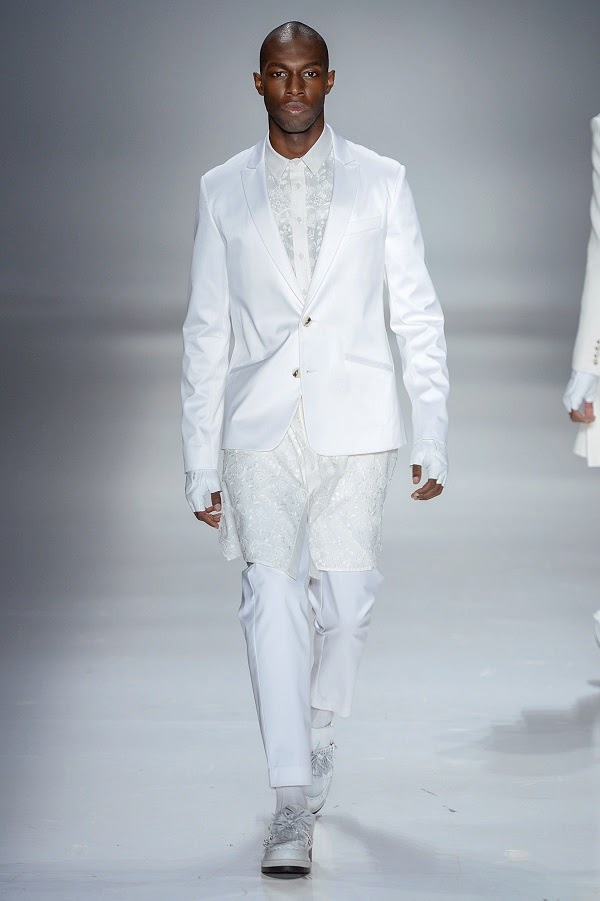 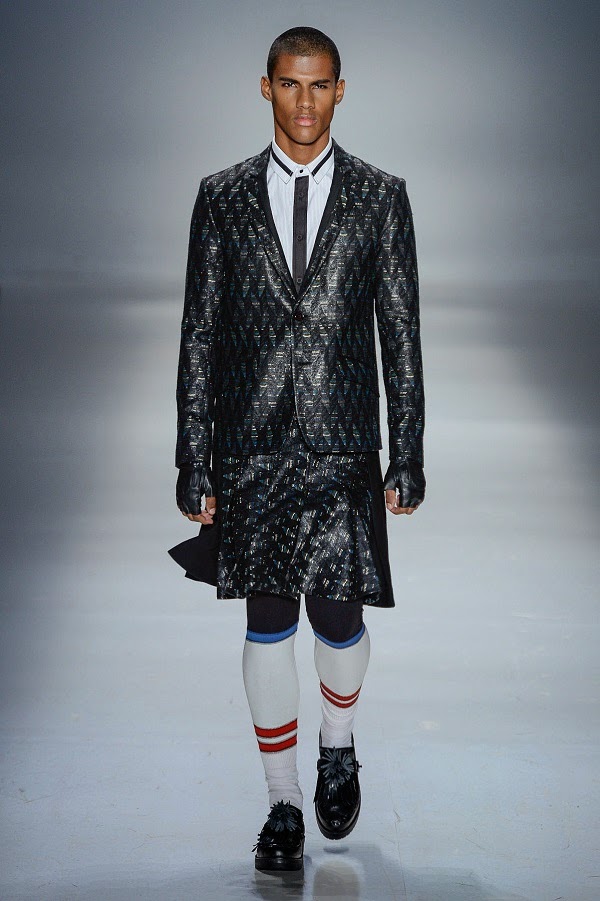 Unless otherwise specified, photographs are courtesy of www.ffw.com.br

Singer and fashion-aficionado will.i.am has added another venture to his entrepreneur career by creating ill.i, a new eyewear brand comprising...