5 Reasons to Ditch Cancun and Travel to Puerto Vallarta Instead

Puerto Vallarta may not be as well known as Cancun or Playa del Carmen—and that's all the more reason to travel there. Here, are best tips for packing your bags for south of the border. 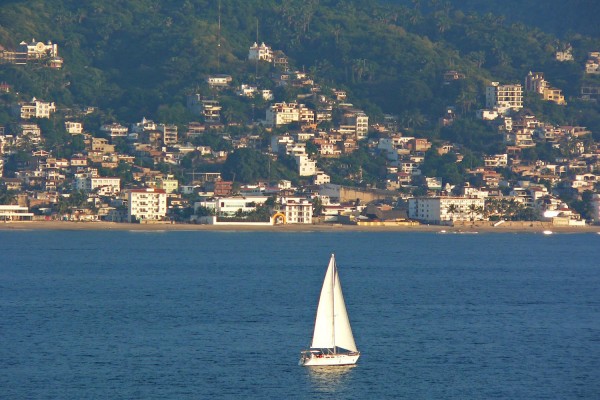 Puerto Vallarta is far from the most exotic destination in Mexico, but while its name remains a ubiquitous entry in the tourist lexicon, this Pacific paradise is simply not as well known as other Mexican beach destinations, namely the Yucatán pearl Cancún. If you’re headed to Puerto Vallarta and haven’t been yet, you’ll find the facts I’m about to give you helpful as you plan your trip – and, in the case of #2, even for your peace of mind!

1. The Best Time to Visit Isn’t When You’d Think

If you frequently travel to tropical destinations, and are as mindful of your budget as you are of your tan, then you probably take your trips during typical summer vacation, from about June to September. While there’s more rain during this time period, airfares and room rates also tend to be low.

When it comes to Puerto Vallarta, however, the best time to visit is actually between April and June. It’s a happy medium between the busy season between Christmas and Easter (when rates are as high as the sun in the sky) and the summer months, where the risk is not only for rain but also, for potentially dangerous tropical storms.

While all of Mexico remains under an official travel warning from the U.S. State Department, Puerto Vallarta (and much of Jalisco state, including the city of Guadalajara) is safe, especially inside tourist areas. You need only worry if your travel plans will take you to borders with nearby Mexican states, namely Michoacán and Zacatecas. Other Pacific Coast destinations, particularly Acapulco, aren’t nearly as safe as Puerto Vallarta.

3. Puerto Vallarta is a Mecca for Whale Watchers

When you think of Puerto Vallarta, you think of soaring temperatures, swaying palm trees and teeny bikinis, so it might surprise you to learn that one of the area’s main tourist draws is an animal we traditionally associate with colder waters: Whales.

Finding a whale watching tour is easy (you can find two options here and here), but you should keep in mind that since Puerto Vallarta’s whale season begins in early December (i.e. the start of high season), this won’t be a cheap activity when you take flight and accommodation prices into account.

Speaking of accommodation prices, another common misconception about Puerto Vallarta, given its large selection of all-inclusive resorts, is that it’s a rather expensive place to visit, in the league of Cancún or Playa del Carmen. In reality, Puerto Vallarta is home to dozens of independent hotels, boutique hotesl and bed and breakfasts, where rates are surprisingly low, such as Costa Sur Resort & Spa, where rooms start at $7 per night, or the even cheaper Hacienda de Vallarta las Glorias, which starts from an unbelievable $2 per night.

5. The Beach is Just the Beginning of Puerto Vallarta

Puerto Vallarta sits on one of Mexico’s most splendid stretches of coastline, but the beach is only the beginning of what this city has to offer. Whether you stroll through the Vallarta Botanical Gardens, golf at nearly a dozen award-winning courses or hike through the nearby Sierra Madre with the help of a licensed tour guide, Puerto Vallarta is as much fun on land as it is in the water.

Sometimes you just have to get out of town; and a week at the luxurious Hacienda style private Mexican villa with spectacular...