We Tasted 11 Rare Peated Bunnahabhains, So You Don't Have To

The Whiskey Jug reviews 11 different distillations of Peated Bunnahabhain from 1997 to 2005. 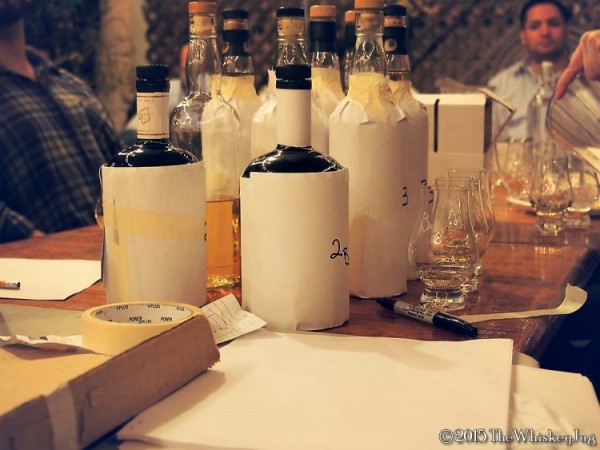 The Malt Nuts have met once again to dine on tasty kosher food, provided by our fantastic host, and drink through a crazy line up of 11 peated Bunnahabhains. No that’s not a typo, we rounded up 11 different bottles of peated whisky from limited runs done by the famously un-peated Islay distillery.

Bunnahabhain and Bruichladdich are the two Islay distilleries that have eschewed the heavily peated style used by their neighbors Lagavulin, Laphroaig, Bowmore, Caol Ila, Kilchoman and Ardbeg. Bruichladdich does put out a regular heavily peated release with their Port Charlotte line and further makes up for any lost peaty ground with their Octomores.

Founded in 1883 Bunnahabhain actually was once a peaty whisky, but they stopped habitually peating their malt sometime in the early 60’s (1962 or 1963… accounts vary) and since then they have only done 2 peated runs. One in 1997 and one in 2005; all of the whiskies we tasted that night were from one of of those two runs and all but 2 of which came from independent bottlers (NDPs). Like all Malt Nuts meetings we tasted them blind and looped them into similar groupings. 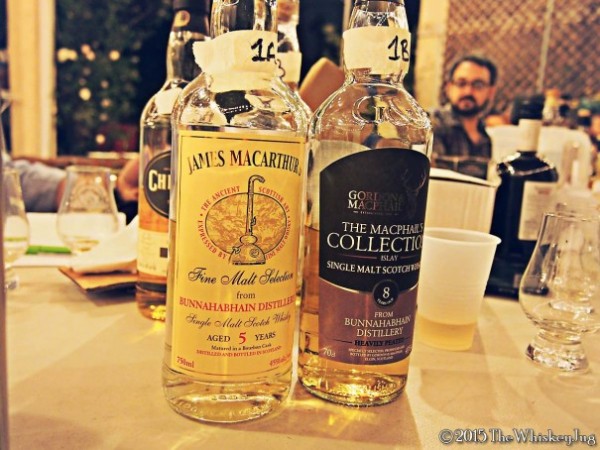 Palate: Peat, smoked meat and vanilla with light notes of salt and spice. Finish: Peaty with hints of caramel, salt and a touch malty. Overall: B- (80-82) This was my contribution and didn’t show very well overall. Definitely something worth tasting, but it was so light it ended up coming across a little bland. 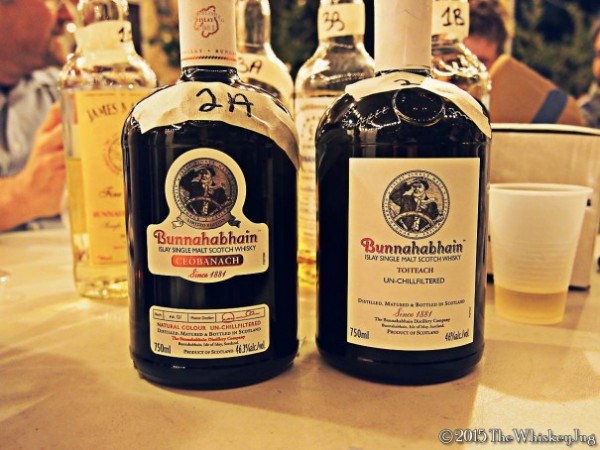 Palate: Smoky with a sherried paxarette-like grainy sweetness. Some light bits of fruit, char, ash and meat. Finish: Smoke, almonds, char and sherry sweetness on a long fade. Overall: B+ (87-89) This one ended up being one of my favorite of the night. It hit all of those nice peat n’ sweet notes that I love. Definitely interested in picking up a bottle. 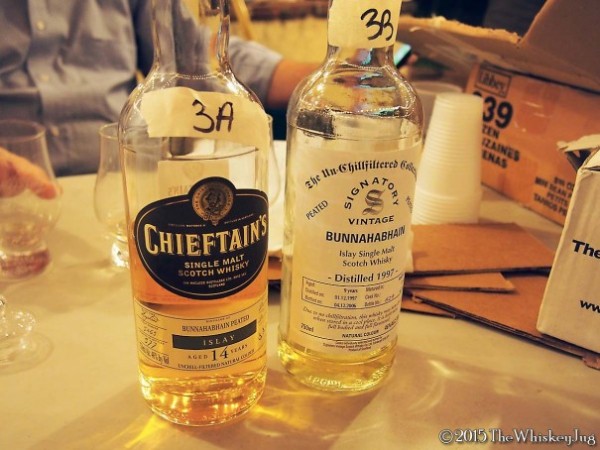 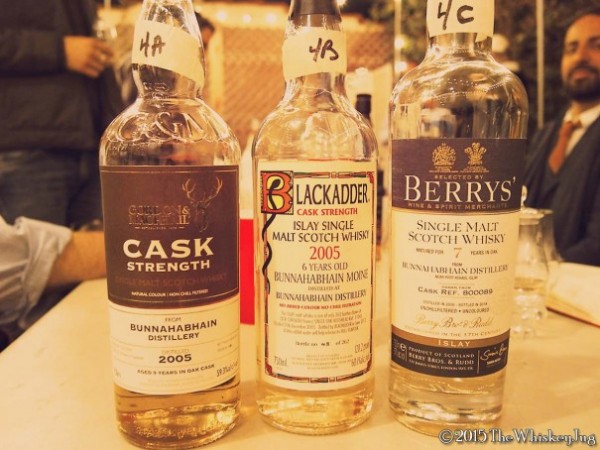 Palate: Peat, cocoa, brittle, fruit and mint – intriguing combo. Finish: Mint, smoke, dark sweets and an underlying sweetness. Overall: B (83-86) Not a lot of depth, but a nice mix of characteristics and comes together fairly well, but it’s so hot. The most amount of alcohol burn of any of the whiskies we tasted that night. Needed a lot of water to tame it. Palate: Smoke, malt, spearmint, smoked meat and red licorice. Finish: Smoke, mint, malt and licorice. Overall: B- (80-82) Basic but good. Wouldn’t buy a bottle, but worth a taste. 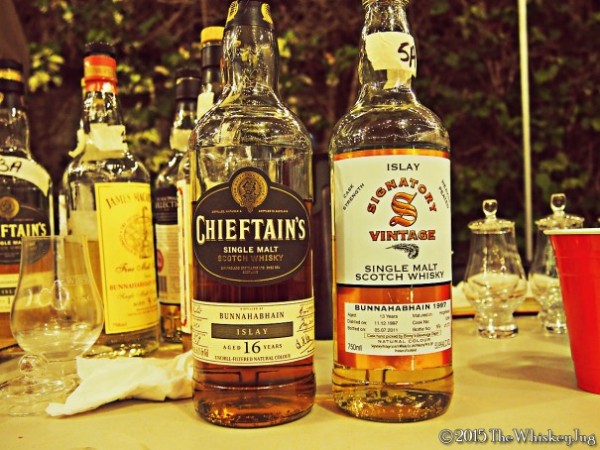 So there you have it, a full selection of peated Bunnahabhains from both the 1997 and 2005 runs. Some were good, some were terrible, but none of them really blew me away. Though what surprised me is how well the OBs performed next to the NDPs. It seems like that’s rarely the case with the indies regularly picking casks that are better than the batched versions the distilleries put out. It was a great meeting and I hope you enjoyed following along! 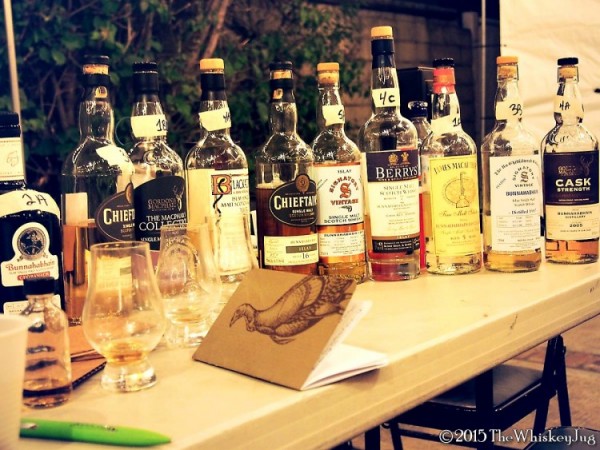 The post 11 Expressions of Peated Bunnahabhain from 1997 and 2005 – A Malt Nuts Tasting appeared first on The Whiskey Jug.

A Definitive Ranking of 14 Bruichladdichs Whiskeys

The Whiskey Jug gathered a few friends to try 14 whiskeys from the Bruichladdich Distillery so you don't have to.